Fighting Fascism at Any Cost: an Antifa Primer
Odyssey

Fighting Fascism at Any Cost: an Antifa Primer

Antifa: Who are they, why are they controversial, and should we be concerned? 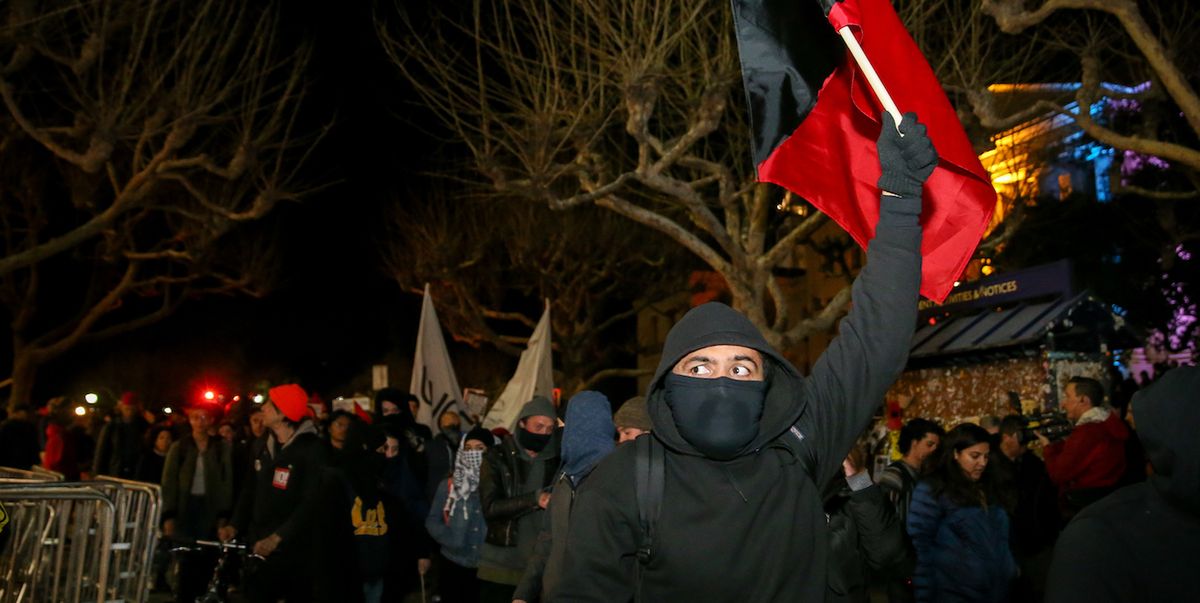 Apparently, my signal boosting of the SPLC's anti-hate guidebook seems to have made quite a splash. As a next step, I am going to turn my socially active eye to another movement: Antifa. This term and organization have come under public scrutiny lately, after violence by an Antifa group at Berkeley last weekend spurred a denunciation by Nancy Pelosi of the group and their methods. In this article, I hope to explain what Antifa is, why it is so controversial, and if there really is "no room in our democracy" for these organizations.

The term "Antifa" is short for Anti-Fascism. As is readily apparent, pretty much every group that uses it to describe themselves is opposed to fascism and fascist organizations like the white supremacists at the infamous Charlottesville Unite the Right rally and most of the alt-right, which coincidentally correlate quite highly with Trump's voter base. The term was first used in the 1930's by organizations in Germany (because of course, Nazis), which created the red and black flag logo often associated with these groups.

An example of said logo.

While the original groups did not last very long (again, because of course, Nazis), various other groups going by the label "Antifa" became organized in the 1990s, both in Germany and throughout Europe. Similar groups such as Anti-Racist Action were created in America around the same time, but have stayed under the radar, focusing on the same poor, rural, white communities that white supremacist organizations often recruit from. Only recently have they come out of the woodwork, the same way that the fascistic and white nationalist groups and ideologies have in the wake of Trump's election last year.

Why are they so controversial?

Antifa groups (there is no one "Antifa" organization or credo, despite what the Internet might tell you) often have a tendency to use militant tactics at ahem, "free speech" rallies, often leading to violence on both sides, as one might put it. This is most apparent in the violence sparked by the University of Berkeley hosting Milo Yiannopoulos, Breitbart writer and alt-right icon, as a speaker on campus. Antifa groups proceeded to set fires and smash windows in "black bloc", a tactic borrowed from anarchists to mask one's identity.

Example protesters in black bloc from the G20 summit, not just because of Trump.

After several similar actions in counter-protests against Trump rallies and the recent "Say No to Marxism" march(more about that later), even the mayor of Berkeley wants to classify the Berkeley groups as a gang.

Are they a problem?

Personally, I believe radical yet non-violent protests, such as those performed by Martin Luther King Jr. and Mahatma Gandhi, are the best method of effecting social change, out of a combination of personal faith and past results. While I do not endorse the actions performed at Berkeley, I can understand why these groups may consider said tactics; the actions taken by the non-violent liberal majority have not shown any signs of slowing down the rise and spread of the alt-right's fascist and hateful ideologies. Now that Donald Trump, who (statistically) is supported by these groups, has become President of the United States, Antifa groups believe we need to take whatever actions necessary to stop fascism in its tracks. As a member of Anti-Racist Action put it in a 2000 documentary on the group, “fascism is an idea mixed with action. It took fascism to establish Jim Crow and before that, slavery…Anti-Semitism has been around a long time, but it took fascism to [make] the Holocaust…When you cross that threshold, you negate your rights to a calm, collective conversation.” (from Mother Jones)

Also, the protesters performing militant action are a small, small minority. Out of the counter-protesters at the latest Berkeley protest, only about a hundred were part of Antifa, versus the thousands of peaceful, unarmed protesters who also attended. The same is also true of the Boston counter-protest, with only 33 arrests versus thousands of marchers.

This is what the alt-right wants

Being literally diametrically opposed to Antifa, the alt-right takes every opportunity it can to slander these groups and the viewpoints they espouse. Most recently, they have attempted to smear the movement by creating fake memes that imply that the group endorses domestic violence using graphic images of said violence. (Click here for the whole, sad, strange little story.) They also have the misconception that all the Antifa groups are branches of a larger, shadier organization powered by "Cultural Marxism". Cultural Marxism is the idea that feminism, LGBT rights, racial equality, and anything else the alt-right hates is part of a Communist plot created by the Frankfurt School to undermine (white) Western civilization that is spread through college education and the media by the (((Jewish))) elite. This "theory" was first concocted in the 1930's by, of course, the Nazis. They even created a fake Antifa manifesto in the vein of the Protocols of Zion.

The alt-right also accuses Antifa groups of being fascist themselves, eliminating their right to "free speech" and seeking to eradicate them, never mind the fact that they themselves want to completely eliminate the right to free speech and eradicate countless groups of people. Convincing the public that Antifa is an "alt-left" equivalent to the alt-right morally makes actual genocide and censorship seem like reasonable and valid ideas, which only grants more power to the alt-right and its ideas. Judging by the response to the latest protests, the mainstream media seems to have bought it.

Despite whatever you may think of their actions, Antifa stands against fascism, bigotry, and hatred, which the march at Charlottesville shows are alive and well in this country. Antifa does not throw up Nazi salutes and chant "white lives matter". Antifa did not run down a peaceful protester with a Dodge Challenger. Antifa did not then afterwards mock her death and celebrate it as a victory. I may not agree with the methods used by Antifa groups, but equating them with the white nationalists at Charlottesville is practically saying that Neo-Nazi ideology is tolerable and acceptable, and that's not right. If you think that anti-fascism is too violent and not democratic, then what does that say about you?