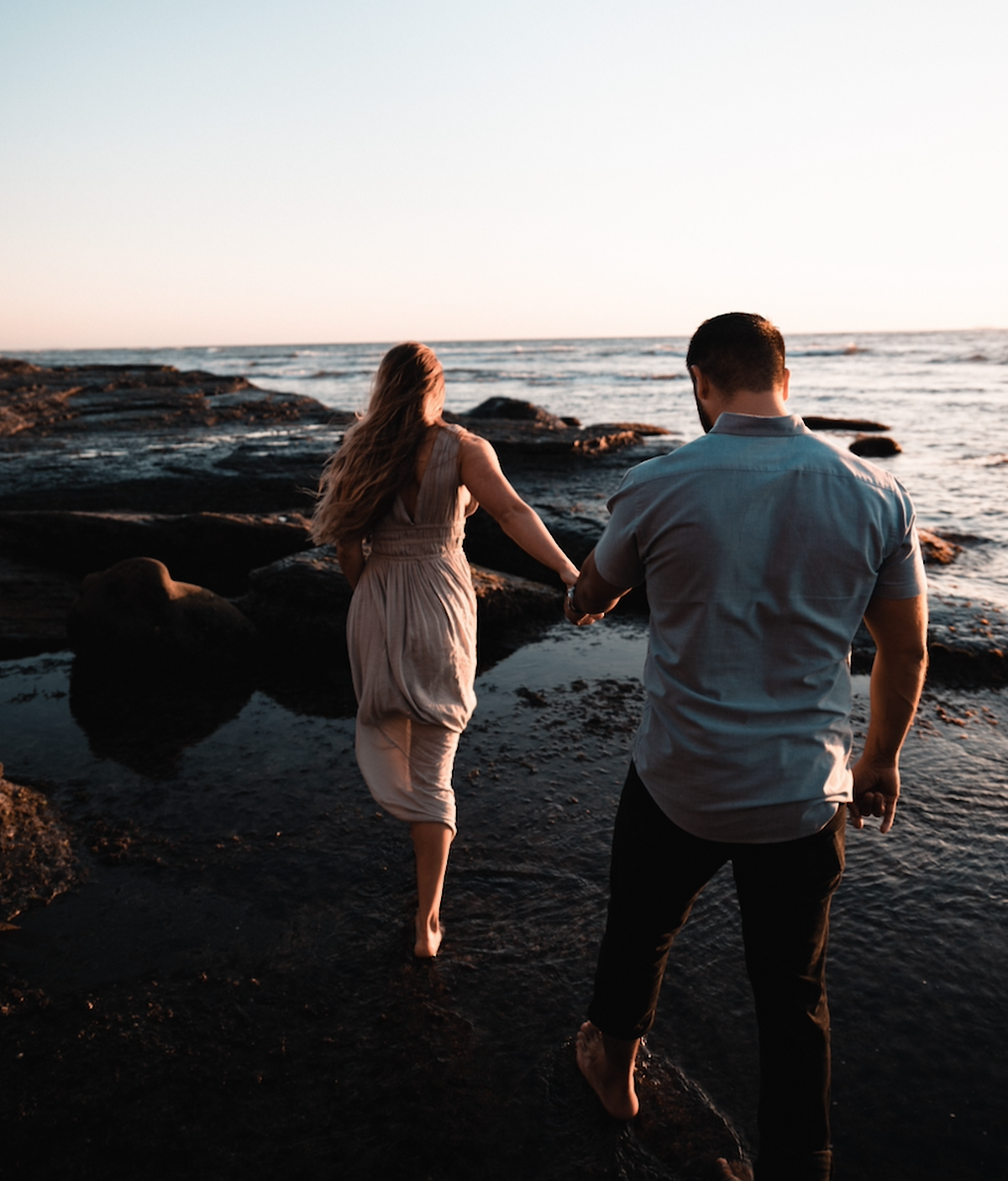 She was born in the spring, but her name was Autumn. Her round, wide-opened chestnut eyes each sheltered a little snowflake that sparked when beads of sunlight dripped down her fine cheekbones. Each drop seemed like the tear of a phoenix or an unread message from the angel that she was. Her silk dress was so white it stood out when placed atop the snow that would have instantly melted in the 100-degree blazing sun that covered the city. Somehow, however, she was cold to the touch.

“Excuse me,” her voice rang in my ears after her arm brushed against mine.

New York City. Everyone walking over one another, distracted by the fact that they have somewhere to be. But the beautiful brown-haired girl in front of me forgot that for just a moment and apologized for walking into me.

“It’s alright,” I responded and smiled for the first time that day.

She was already smiling. “Are you also in a rush?” She slowed down and changed her pace to fit mine. We walked side by side.

“Kind of aggravating if you ask me.”

“I woke up early enough and planned to get out of the house ten minutes later than I was supposed to. Just so I could feel the rush.”

“That’s crazy. Why risk being late?”

“You go to the University?”

“That’s amazing! I’m a psychology and philosophy major,” she said, proud of herself.

There was a brief moment of silence between the two of us, interrupted by car horns and feet shuffling on the cracked sidewalk that led to one of the entrances to campus. It was the first time I walked in there since the end of second semester.

“Ready for another year?” I asked her.

And the moment she said she loved me, I was.

It was Spring Break, and we were dating. Our relationship began two weeks after we met. We ran into each other once again, and instead of apologizing, I asked her out for coffee. We eventually started studying together, went to parties together, spent time together with groups of friends after classes, and talked and talked and talked. We became best friends.

The two of us, as well as fifteen other friends, went to Key West, and we all stayed in an average-sized beach condo. There were definitely not enough rooms or beds to fit all of us, but that did not matter since we all ended up crashing in the main living room after talking all night long. Autumn always had interesting stories to tell us before we fell asleep, such as the time she saved a young boy from getting hit by a bus or the time she was a street performer and one of her acts became viral on YouTube. She showed us the video. We all thought she was hilarious. I, more specifically, thought she was perfect.

On the fourth night of our stay, after Autumn told us about the time she was chased by a murderer, we all drifted into side conversations, with many small pairs or groups of people talking and laughing, like how people do at parties. It was completely dark outside, and there was a full moon peeking through the window next to the unlit fireplace.

“Let’s get a better look at it,” I told her after we glanced through the thick glass barrier that blocked us from the bright, white light reflected off the moon.

Autumn was heading to the door when she saw me open the window. “Clever, Caleb!” She exclaimed and helped me thrust the glass pane that seemed to be shut for over twenty years. She leaped out the window and rolled on the grass when she fell on the floor, laughing at herself the way she did the day I met her. I did the same, but instead of rolling on the grass I stood up and ran closer to the moon’s reflection on the water. Autumn followed.

I kept on running, my bare feet tickled by the white, powdery sand that I could barely see. My feet then met the low tide, and I continued running in the water until it was up to my ankles. “What are you doing, Caleb?” Autumn asked me, still laughing.

“It’s right there!” She screamed, and I turned to face her. She was pointing up at the sky, the snowflakes in her wide-opened eyes sparkling even brighter than usual. I couldn’t take my eyes off of them.

“You are so beautiful,” I told her. The words just poured out of my mouth. She looked at me for a moment, stunned. She then smiled at me and looked back at the moon. I turned to it as well, slightly embarrassed. After a few moments I attempted to break the awkwardness that existed in my mind by running even farther in the water and she followed me. She then jumped on my back and we tumbled into the ocean, her arms clinging to my chest. This time, we were both laughing hysterically.

Disclaimer: This is a work of fiction. Names, characters, businesses, places, events and incidents are either the products of the author's imagination or used in a fictitious manner. Any resemblance to actual persons, living or dead, or actual events is purely coincidental.

Kassie Hsu
Baylor University
442
Panda Whale
Here are 100 things I'd rather to than study. I know the semester just started, but
Featured

Poetry on Odyssey: Where God Was Too Weary To Stay A God