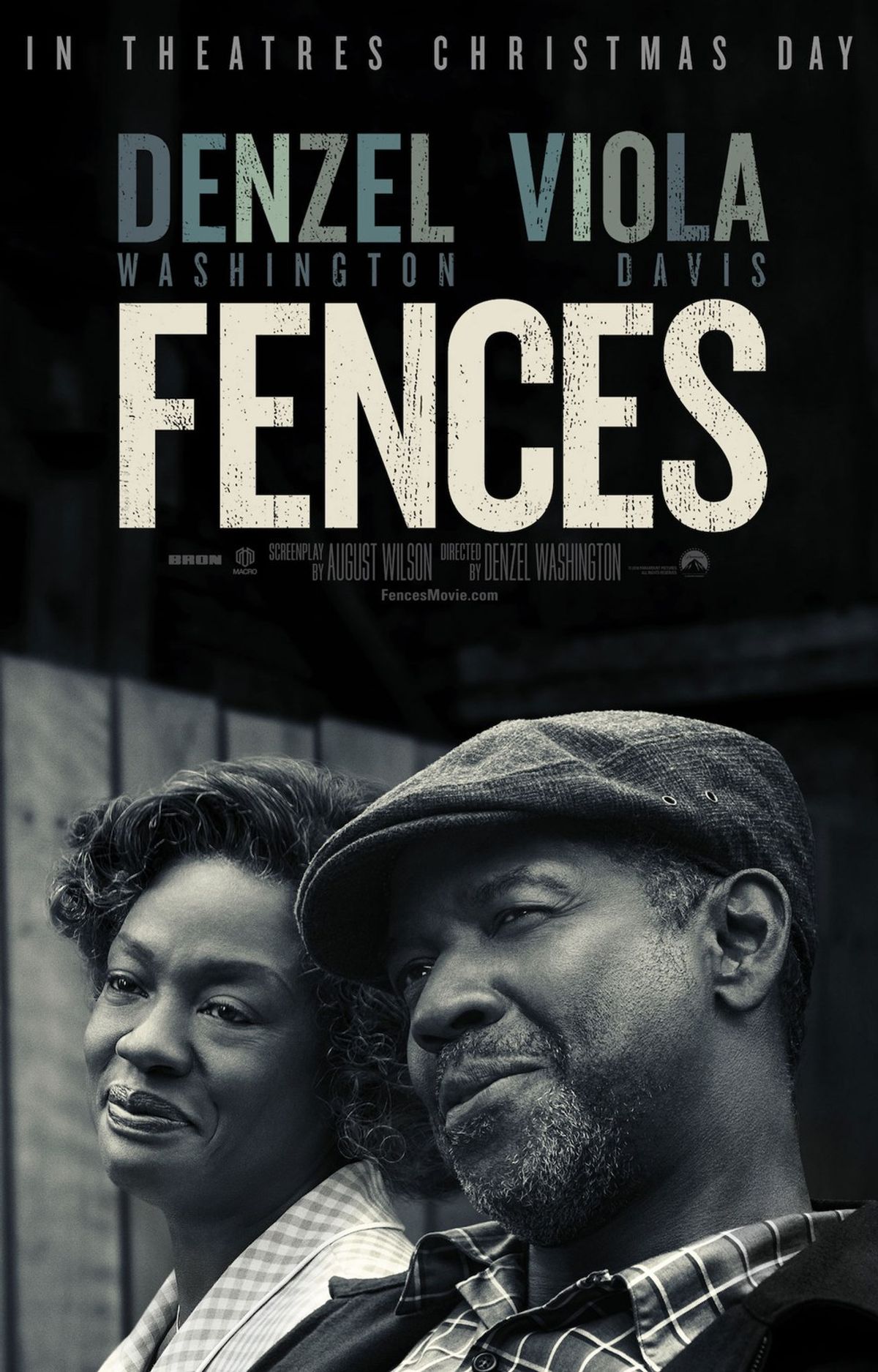 The story of Fences first came out in 1987 as a play, written by playwright August Wilson (who also penned the screenplay in 2005, which was also sadly the same year in which he passed away after losing his battle with liver cancer). Many famous actors took part in the first ever cast, including the great James Earl Jones and Courtney B. Vance. Apparently both the playwright and screenplay for the film are pretty much the same albeit a few change of dialogues and a couple of scenes.

Why did I start my review like this, you ask? Because it shows a great American playwright at the pinnacle of his career, having penned a triumph of a screenplay with riveting power and truth (serious consideration should be taken here for a posthumous win towards Wilson in the Adapted Screenplay Oscar category). The plot contains themes that deal with race relations and family affairs, as it follows a few days in the life of a poverty-stricken African American family in 1950’s Pittsburgh. Denzel Washington, in yet another finely tuned and powerful performance, plays Troy Maxson, a garbage man working alongside his best friend, Jim Bono (veteran stage actor Stephen Henderson). Troy lives with his wife, Rose (a sensational Viola Davis gives supporting roles dimensions) and their son, Cory (Jovan Adepo). Troy’s older brother, Gabriel (Myketli Williamson), sustained a near-fatal head injury during WWII that left him mentally impaired and now lives around the neighborhood.

The main conflict and focus of the film comes from Troy, who during childhood, resided to robbing people and went to prison after he accidentally shot someone fatally during an ongoing robbery. Later, he met Bono in prison and found out he was very talented in baseball. He proved his skills by joining the Negro Leagues, where he played amazingly, but was not accepted into the Major Leagues (there is no concrete explanation, but it is assumed due to his skin color). After surviving a bout of pneumonia, Troy strongly believes he did so by beating the Grim Reaper in a fist fight and

Unlike last year’s stellar Hidden Figures, this film isn’t much of an inspirational tale of hope for African Americans (although it is arguable that it ends on a happy tone). However, it is more powerful in showing the anger boiling up inside the oppressed, the common black person in the middle of the 20th century abused and looked down upon. Take for instance the character of Troy Maxson, whom I rank as one of the most interesting and complex of characters in film. Washington, who also directed, does such an amazing job in showing a man angered and tired of living in a cruel, overwhelming society led by the white man. Troy and Jim are shown coming home after work during their pay day, taking swigs at a bottle of gin as they discharge their tiredness by equally joking and laughing (there are some genuinely funny moments in these scenes) and berating the racist society and unjust living conditions for inner-city African Americans.

We see Troy’s true colors as he confronts Cory, who longs to be a football player but does not focus in his chores or schoolwork to his father’s frustration. “How come you never like me?” a disheartened Cory asks his father. Big mistake. “Like you!?” he says. “What law is their stating I should like you? Your mother and I made a commitment in having you, and liking your black ass wasn’t part of the bargain!” As he screams these piercing words, Troy also shows here that he truly cares for his son, despite being very demanding and downright cruel. “It’s my job as a father to raise you” he coldly says. In other words, he truly cares for Cory as a son and takes his responsibilities of father seriously, but we are left to wonder if he truly loves his son from the bottom of his heart. This early scene gives way to a tension-filled plot line later on, the intensity and outcome of it all, which dazzled me in more than one ways.

The biggest achievement I would say about Fences is the way these characters talk and communicate with one another. The dialogue and overall script are so believable and engrossing that you wish they would talk for more hours to actually hear what other things they have to say. Even though it might be still a little bound to its acting-stage roots, the entire cast and crew (particular praise towards the late August Wilson and actors Washington and Olivia) have done themselves proud. Fences is a triumphant and revelatory film for our time.