Yes I'm A Feminist, No I Don't Hate All Men.

Yes, I'm A Feminist, No I Don't Hate All Men

Because if we want to promote equality, why fight that with mass hating a particular gender? 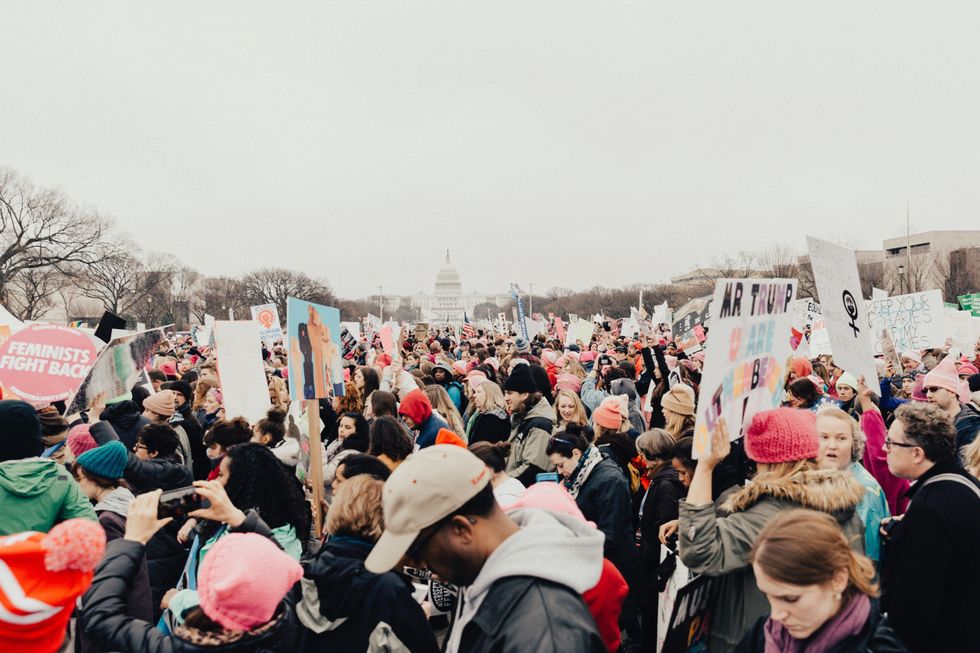 I am all for equal opportunity, equal pay, and equal rights. I believe that women should be granted the equal opportunities that males do, be free of harassment, not be scared to exist literally just because of their gender, have reproductive rights, be taken seriously when we think something is medically wrong with us, and be treated with the same respect and dignity as men do. Just because I believe all these things, however, doesn't mean I automatically hate men.

I've seen a big increase in trends that, just for men existing, people will post about how "men ain't shit," or how men ultimately suck just because of their gender. When reflecting upon this, however, I've come to realize isn't this a step in the wrong direction?

Obviously, I can't continue on until I say this: there is, in fact, times where men can really suck. White men in positions of power abusing that, men who are rapists, men who meddle in women's reproductive rights, abusers, men who think it's okay and even funny to harass others, etc. But it all comes down to this: just because you're a man doesn't mean I automatically hate you, and I don't think others should.

Sure, as mentioned above, there are garbage humans who abuse their positions of power as men in order to get what they want. THOSE are the people I hate, not others for existing just because they are men. When in reality, there are a lot of good men who recognize their positions of power and try and make up for it by advocating for those in need of advocacy, whether they are women or even minorities. There are men who are decent human beings, whether that is being nice to others, volunteering in their community, caring for those around them, or even men who are also feminists.

I think my argument has been made pretty clear: I do not and will not hate you just because you are a man. No one gets to choose whichever gender they are, so why should I hate a group of people for just being born male? If I want to promote equality as a feminist, why should I then believe that I am better because I am female? Why should I say I believe in equal treatment between genders, yet automatically hate you because you're a man?

So yes, some men truly, "ain't shit." I believe these men, however, are not good human beings. Men aren't terrible just because they are men, and I ultimately wish that those promoting total equality would realize that we cannot strive towards equal treatment, opportunities, and pay if we continue clumping one group together under the impression of, "they're men, they're terrible."

5 Toxic Messages Diet Culture Preaches, And 5 Things You Can Actively Do To Change Them

Dear Mom, Have I Ever Told You?