And you may not have noticed. 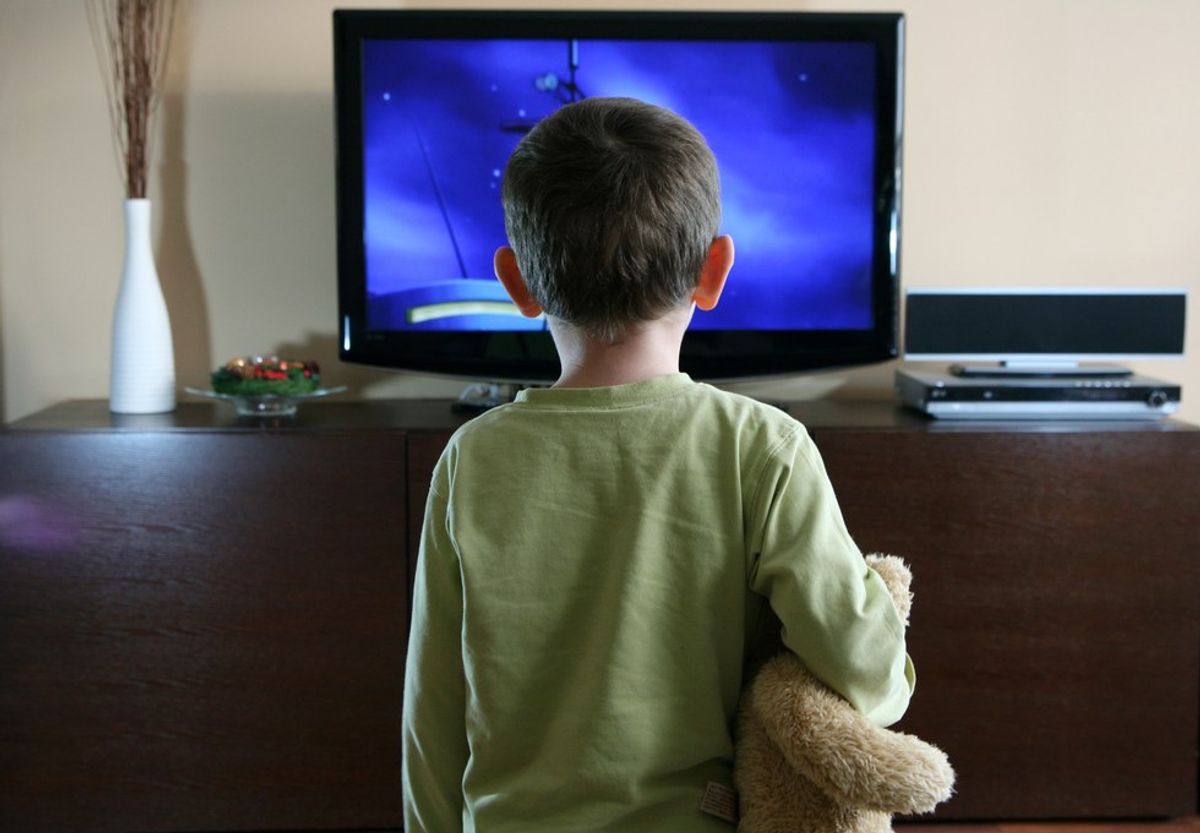 Pop culture and gender equality don't get along well at all. In fact, they had to be separated from each other on multiple occasions because they kept pulling each other's hair and calling each other names. This is hardly new. Even when women wanted the basic right to vote they were called extremist.

Ha! That'll teach you to have thoughts!

Suddenly, we went through a serious case of the 90s and the two genders had to be integrated. We see cartoons like "Tiny Toon Adventures" and "The Rugrats" which were primarily gender neutral but still mainly featured male leads.

That's where these shows come in. They presented feminism and gender equality in terms that young boys and girls could grasp without being preachy or divisive.

You'll notice that most cartoons in the 90s featured primarily male characters with one or two token females sprinkled in for good measure. Disney's "Pepper Ann" sees your homogeneous selection and raises you a show where the main characters are female with token males. Except that token isn't the right word.

The three leading characters of this show were Pepper Ann, a good-natured yet mischievous 12-year-old whose head-strong tendencies get her into trouble. Nicky, an over-achieving intellectual with a love for music. And Milo, who has vast artistic talent and passion for expression on top of being the only male in the trio.

Pepper Ann is a somewhat boyish character, preferring soccer and video games to dresses, but doesn't mind exploring a more feminine side. She's isn't a stereotype- she never has to prove herself to anyone and isn't restricted to things labeled "boy" or "girl."

One episode has her trying to help Milo in his attempts to feel "manly" whose only friends are girls. In the end. Milo discovers that he doesn't need stereotypes to define who he is as a boy and he gets respect for understanding and hanging around the girls.

Another has the ovaries to criticize feminism from the perspective of a generation of girls who didn't have to fight to be respected. Pepper Ann's mom drags her to a weekend celebration of progress women have made in the 20th century complete with the most asinine activities- like pretending to set fire to a girdle. When Pepper Ann notes that she's never felt oppressed or disadvantaged, all the attending women celebrate the fact that they've raised a generation of young girls feel like equals.

If only Disney would bother to release it on DVD or something.

Probably one of the most quotable shows to ever exist. You were probably introduced to "Daria" in your early teens. It's a spinoff of animation legend Mike Judge's "Beavis and Butthead." Like "Pepper Ann," it featured female leads who went against the expectations made for their gender. If you've ever thought that women just weren't allowed to be funny, Daria's absolutely perfect timing and dry wit punched you in the face.

Daria set herself up as a role model for teenagers her age. She was a straight-A student, valued herself and her distinctive personality, and never felt like she had to fit in with the crowd. And it presented itself in a way that most teenagers can relate.

Everyone around Daria and her equally sardonic friend Jane were idiotic and simply didn't understand. There is not a single teenager on earth who hasn't felt this way.

The feminist part was more in the subtext. Daria being a strong, independent female protagonist who wasn't defined by her gender. She doesn't care about impressing anyone or appearing attractive. She's simply happy the way she is.

One teacher in the show, Ms. Barch, was created for the sole purpose of mocking the idea of the straw feminist, commonly accepted as the stereotypical feminist. So Ms. Barch, in contrast to Daria and Jane, absolutely hate everything remotely male with the fury of Satan. She was added as a joke, the caricature of feminists next to actual feminism.

"Daria" is one of those rare shows that stayed good after growing up. The challenges that the characters in "Daria" face are mostly internal and challenge them on an intellectual level. Daria's cynicism is often compromised when she's forced to suck it up and throw away her apathetic attitude. It faced difficult subjects like racism and death appropriately while still having enough tongue-in-cheek humor to keep it entertaining.

It's on DVD now, but all the licensed music was removed. Whatever you have to do to prevent being sued, MTV.

Surprised? Johnny Bravo approaches gender in a unique way. If you've ever seen the classic Tex Avery short, "Red Hot Riding Hood" you'll notice that early seasons of "Johnny Bravo" emulate a lot of the approach to humor. A chauvinist numbskull tries to get his hands on an attractive female, doesn't take "no" for an answer, and ends up on the receiving end of a slapstick joke. The difference here is that instead of simply being an awful person, Johnny is just a guy who doesn't know any better. He's an idiot and his sexist tendencies are from his inability to understand that women typically don't appreciate being called "hot mama" by strange men.

So feminism here comes from making fun of misogyny. Johnny never succeeds in his attempts to woo a lady because he treats them like objects to be won over by flexing muscles.

One early episode has Johnny partnered with a singing bald man. He tries to teach Johnny how to attract women via "School House Rock" show tunes. When he suggests lying and misleading women to get their favor, he ends up rightly chastised. Even Johnny says, "what a jerk."

I couldn't find many clips, so here's a clip where Johnny dates an antelope.

Okay, that makes three cartoons that probably taught you a lot about gender politics if you bothered to watch them as a kid. Next you'll be reading about feminist theory and shattering the glass ceiling, I guess. All it took was cartoons from the 90s, and in the end isn't that all that matters?