Could Feminism in Nepal Help Solve One of its Most Outrageous Human Rights Issue?

Could Feminism in Nepal Help Solve One of its Most Outrageous Human Rights Issue?

On Feminism outside the borders of the United States 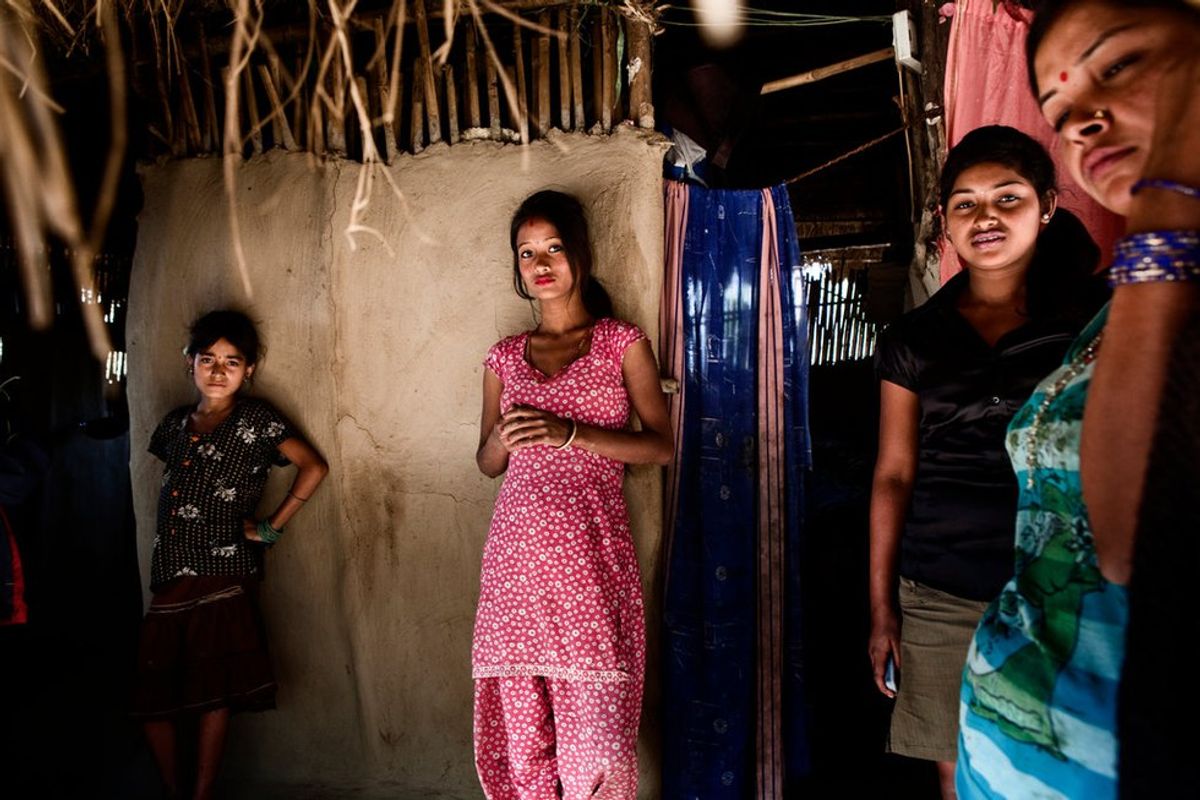 I write this piece not to give a single definition for "Feminism," but my personal understanding of it. Feminism is a range of political movements and ideologies, and to assume that I can capture the struggles of every woman from every part of the world as a cis-gender male will be extremely naive and presumptuous of me. So, I will base my article on what I believe is the very basic goal of feminism: the advocacy of women's rights on the grounds of political, social and economic equality to men.

In my three years in the United States, I have heard millennial feminists here argue for equal pay, health benefits, paid leaves, body image and reproductive rights. From Meryl Streep speaking against the gender discrimination in Hollywood to Hilary Clinton's "I'm with her" campaign -- I have listened, tried to understand and agreed to everything they have put forward for women empowerment. Sexism and gender inequality exists everywhere and to deny that is like denying there is racism in America and all lives have always mattered equally here. But neither the white feminists, nor the majority of millennial feminists with their inter-sectional feminism have been able capture the struggles of woman of color and the women I know.

Single stories are always dangerous, and that is what has created a misinformed idea of feminism for people who make no effort to actually learn about it. I have seen men, and even women, calling feminism "a war against men" and proclaiming that they are not "feminists." Some of my own friends have condemned feminism as an agenda to create "further segregation" and "war between sexes." Therefore, I write this article to convince people who do not see feminism as something important, that it could actually be life saving for many young Nepali girls and life changing for Nepali women.

Nepal, apart from Gender Inequality, is also struggling with economic inequality between rich and poor, corruption, complex bureaucracy, political-incompetency and oppression of minorities. Thus, while even taking about the situation of women within the country itself, I have to be very careful in not making a generalization because while the progressive cities are neo-patriarchal where women have limited freedom -- girls are sent to school, "allowed to work,"( and the permission usually come from father or husband) and included in social circles with limited voice while men hold the higher power -- the other rural villages are dangerously patriarchal where girls are not sent to school, married off early and the absolute worse: SOLD for sex slavery and prostitution.

With more than 13000 women and children trafficked to other countries in 2013 and 2014 alone and the numbers increasing in 2015, one can only imagine how much Nepal needs women empowerment. The sex trafficking of the girls from the early age of 7 to 15 makes even heinous crimes that are committed almost everyday like exploitation of female workers at offices, restaurants and dance bars, sexual molestation, cyber bullying, eve-teasing, rapes, victim -shaming, slut shaming and body shaming of women moderate. In a situation where women themselves have accepted this level of oppression as their reality, the only way to save them is to lift them let them know that they too have the right to exist in society as equals to men, get good education and be what they want.

Feminism in Nepal is not even about equal pay. reproductive rights or paid leave yet; it is about giving women their autonomy back--from patriarchal men. It is about creating such a space where every girl child is at school working to be independent instead of dark brothels having their autonomy and dignity stripped by perverted strangers over and over again.

Everything that happens in the west has made its way to the other parts of the world and Nepal is no exception. Few years ago, when people started sharing the pink equal sign on a red background to advocate for marriage equality and LGBTQ rights, a lot of people in Nepal started sharing it too, even the ones who consciously/unconsciously have always been homophobic. I cannot say if they changed their mind or they were just following the trend, but that was the first time a lot of teens actually started having much needed conversation about sexuality-- even though Nepali government had already started talking about legalizing homosexuality in 2007. In 2015, Nepal became the first country in Asia to have the most progressive LGBTQ laws. While most of the Nepalese are still uninformed/misinformed about gender identities and sexuality--it is slowly changing.

Similarly, feminism could actually save girls from being sold for slavery and prostitution. It could save them from being forced into underage marriage.It could actually ensure women back home that they too are allowed to shape their own reality--that they too are human beings, not doormats. It could actually make men back home understand how important it is to work together to narrow the gender gap.One more educated woman equals one more educated family--and one more . Nepali women like Anuradha Koirala and Pushpa Basnet have went on to win CNN Hero of the Year for their activism and dedication to a cause. Nepal has appointed its first female president and chief justice of the supreme court. It is taking the right direction, but until everyone- both Nepali men and women understand the importance of empowering women and lifting them until there is no gender gap, Nepal cannot develop to its full potential.

Feminism in Nepal could mean an end to one of the most outrageous human rights violation issue of our time--and that is the reason why everyone in Nepal should be Feminists. We cannot worship powerful Goddesses like Kali, Laxmi and Sarswati, and go on to oppress women and femininity.