Feminine Products Should Be Provided In Public. Period.
Odyssey

Feminine Products Should Be Provided In Public. Period.

Women shouldn’t have to miss a day of work, school, or LIFE to accommodate a lack of accommodation. 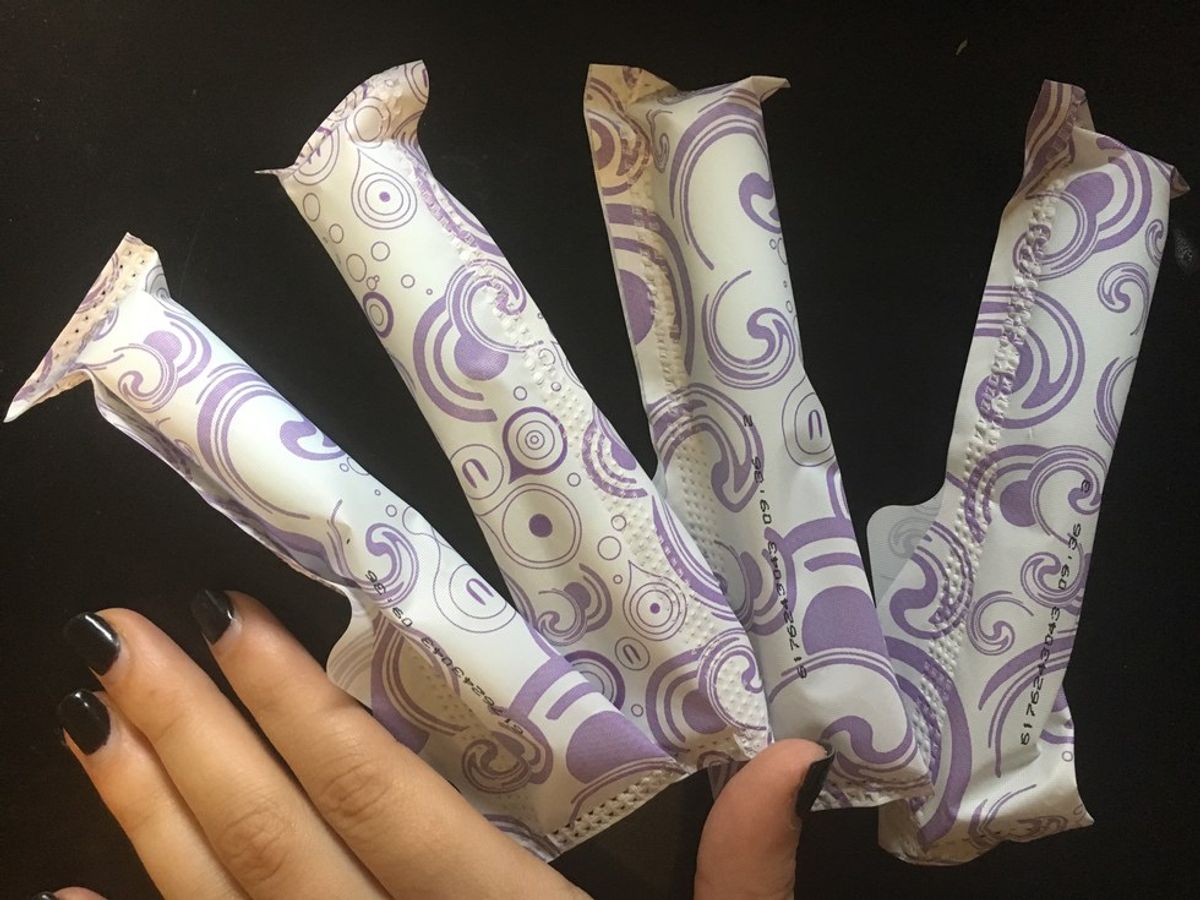 There has been quite a lot of controversy surrounding the question of providing feminine products for free. But, when it comes to changing the status quo, everything is always controversial whether we want it to be or not. The internet has been blowing up with tweets and posts demanding free hygienic products for females (tampons and pads) and then angry tweets and posts telling the female population to basically, “suck it up” (I am paraphrasing here). Feminists will argue, “It’s not fair that men get access to free condoms while women can’t have access to simple hygienic products.” Some of the responses do have solid arguments, but most don’t. So, I decided to investigate a bit myself.

Usually I stumble upon topics for my articles. Sometimes through talking with friends, sometimes through going online on a daily basis. This topic, however, I stumbled upon by simply existing as a female. So, for those of you who have never encountered this issue, let me put it into perspective:

Imagine you’re sitting in the waiting area of an office. You are waiting to be interviewed by the CEO of this company for your dream job. You’ve practiced what you want to say a thousand times, you’re wearing your best interview clothes that make you looks extremely professional and intelligent (or at least you hope so), and you arrived about a half an hour early to make sure nothing went wrong. While sitting there, you look down and realize you’ve pissed yourself. Completely and utterly pissed yourself, without even noticing. As anyone would do, you freak out and run to the bathroom. The receptionist gives you a glance like, “What in the world are you doing?” but you bolt to the restroom.

You sit down in the stall, take off your perfect interview clothes, and see that they’re ruined. Then you look to your right and see nothing. You look to your left and see nothing. You hope it is a mistake and they forgot to stock the bathroom with toilet paper, so you put your clothes on quickly and run into the next stall. No luck there. After spending five minutes running from stall to stall, you realize there is no toilet paper to be found. You go to the sink and find there is not even a single sheet of paper towel.

You spend another five minutes freaking out and now you’re cutting it pretty close to your interview time. So, you take a deep breath, gather your thoughts, and walk out of the bathroom. You go into the interview with little to no confidence and ruined clothes, and unsurprisingly, you don’t get the job.

Now imagine this happening every month at, so it seems, the most inconvenient of times. There is no amount of period apps, stocking up on tampons and pads, or bringing extra clothes that can predict every single time Mother Nature will strike. Even the most prepared of women will have a period horror story to tell you.

Periods are somewhat taboo. We don’t talk about them. As any bodily fluid is, people usually find periods as a topic of conversation to be gross and better left unsaid. Should it be like that? I don’t know. Is it like that? Yes. That provides another hurdle for women when in desperate need of feminine products. They can’t just explain it to the interviewer, the teacher, the stranger, or whoever it may be. Instead, we deal with our period horror stories in shame and in silence.

There are a million arguments against providing women with free feminine products, like:

“I think women should stop complaining really.. we choose to buy deodorant fake tan pay for our manicures etc… surely it doesn’t hurt to pay $15 a MONTH to feel hygienic… just something else for the world to whine about.”

“Tampons are not a necessity whether you want to admit it or not.”

While some of the arguments can be quite aggressive, they do make decent points. Tampons aren’t a necessity. But neither is toilet paper. Neither is soap. Neither are bathrooms for that matter. We could just pee on the ground, couldn’t we? Surely, we don’t need to pay for these just to feel hygienic, right?!

All sarcasm aside, it isn’t productive to just compare this issue with others like free condoms at health clinics. I don’t believe it is neither productive nor effective to say that just because one thing is free that another should be. This issue should stand alone. Ignore the double standards, ignore the male and female stereotypes, ignore the “whining” from females. Let’s go back to my story.

This issue goes beyond asking to have tampons and pads for free. It goes beyond women being “greedy,” “needy,” or “high-maintenance.” Feminine products may not be a necessity for survival, but often times they are necessities for getting through the day. Women and girls shouldn’t have to stay at home (and trust me, this an extremely common occurrence) simply because of a natural body process. They shouldn’t have to miss a day of work, school, or LIFE to accommodate a lack of accommodation. It adds more pressure on the backs of women in a society that already beats them down on a daily basis. This is not to say there are more important issues affecting more marginalized, stereotyped, or stigmatized people. My point is only that its impact is significant; far more than opposers will want to believe.

The less time one person spends worrying about getting through the day comfortably as a woman, the more time they can spend on living their life to the fullest. Tampons won’t bring world peace, but it sure won’t hurt it.
Report this Content
This article has not been reviewed by Odyssey HQ and solely reflects the ideas and opinions of the creator.