A different aspect of terrorism. 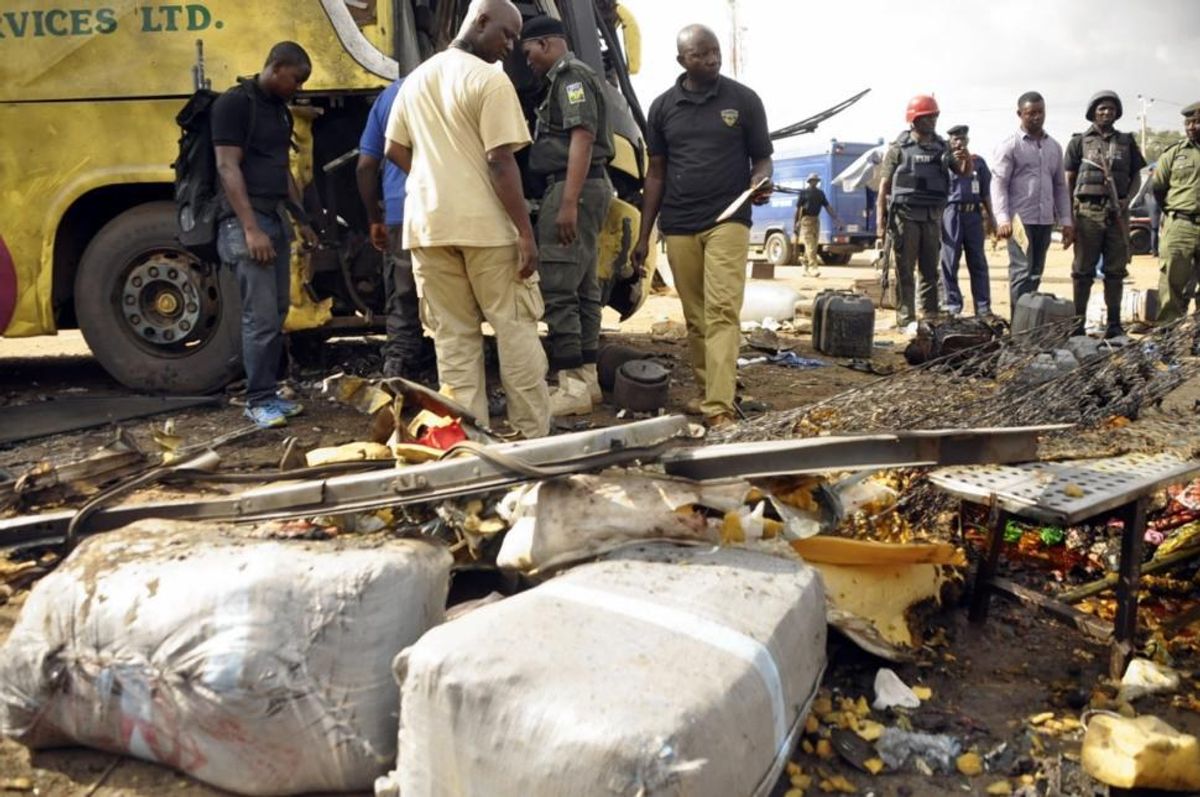 The stereotypical image that comes to mind for most Americans when a terrorist is referenced, is that of a man, often of Middle Eastern descent and usually wearing some sort of head or face coverings. In fact, while writing this, I took some time to type ‘terrorist’ into the Google search engine. The images that dominated the results pages were consistent with the previously mentioned description. While it is undeniable that this is a relevant image in today’s international arena, terrorists come from many places and can be anyone. The perception that terrorists can only come from a crop of men hailing from the Middle East is both asinine and irresponsible. Terrorist groups such as the ETA and the IRA, organizations whose roots and members originate in Europe, prove that persons of any race and from any country can lead campaigns of terror. In addition to this misconception of all terrorists coming from the Middle East, is the generalization that terrorists are all men.

78 people were injured and at least 58 were killed in a recent tragedy in northeastern Nigeria. Two suicide bombers, both under the age of 21, blew themselves up in Dikwa, in a camp of people trying to escape the terrorism plaguing Nigeria’s Borno state. Both of these bombers were females, as was the third bomber who failed who detonate her bombs upon the realization that her family was in the area.

Upon interrogation, they women confessed to belonging to Boko Haram, the terrorist organization that has been instigating acts of terrorism and violence in Nigeria. This most recent act is suspected to be retaliation for the recent military raids on Boko Haram strongholds ,which resulted in the deaths of about 100 Boko Haram members and over 1,000 prisoners. Such a massive quantity of prisoners is not surprising considering its reputation for excessive brutality and mass kidnappings of women and children. This militant Islamic organization is working towards the goal of instituting Sharia in the area of Nigeria, Chad, and Cameroon.

This is certainly not the first instance of female terrorism. As early as the 1980s, the Tamil Tigers, based in Sri Lanka, recruited women combatants. In recent years, female participation in terrorism has increased. This participation is not just through supporting roles like domestic servants and sex slaves, but as perpetrators. The recent act of female terrorism in Dikwa should serve as a reminder that terrorists come in all shapes, sizes, skin colors and sexes.