Cleaning your room won't get you an A. 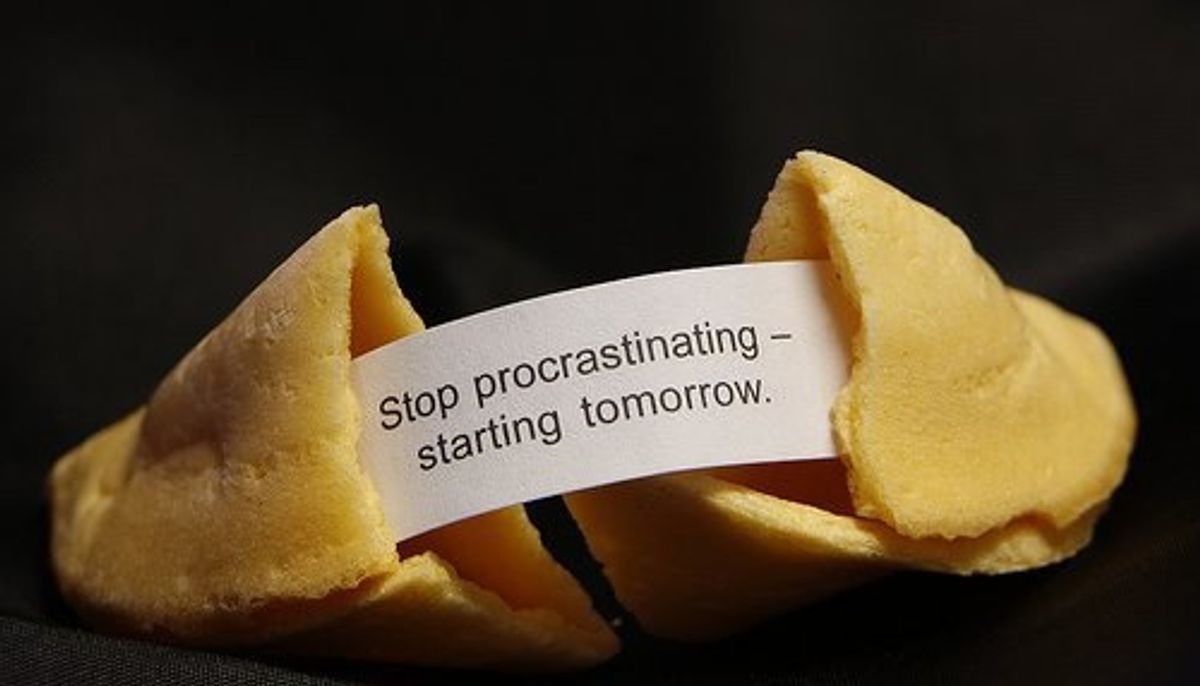 Productive procrastination can happen at any time, not only during finals week. The tasks that have to get done differ but the reason doesn’t – it’s an avoidance technique. Speaking from experience, after writing a ten-page paper every other day, I finally gave into productive procrastination. With the temperature rising into the 70s in New York, I thought it was a great time to put away my winter clothes and take out my summer attire. Of course, I decided this when I should have been starting my last ten page paper of the semester.

Cleaning and organizing have always been relaxing experiences for me. But despite organizing my clothes, I wasn’t completely at ease. That darn paper was stuck at the back of my mind. After an hour, I was satisfied with my clothing situation but I didn’t feel any better about the unwritten paper.

Being productive in another way can trick us into believing we’re still using our time wisely, but in reality, we’re only delaying what must get done. There is no way around homework, papers and studying if we want to pass a class with an amazing grade. Cleaning your room won’t get you that A, especially when you’ve spent all your energy before getting to that assignment due tomorrow. As much as some people would like to believe that they can B.S. their way through classes, it won’t be beneficial in the end.

Obviously people will try to look at productive procrastination as a positive thing such as New York Times columnist John Tierney. I can attempt to do the same by saying that I work well under pressure. I have gotten As after writing a paper the night before it was due fueled by adrenaline and the daunting idea of not submitting it on time. But it’s never a great feeling especially when organizing my clothes doesn’t have a deadline.

Procrastination is procrastination. We are all stronger than our temptations. During this stressful time, don’t look for shortcuts and unnecessary work. You’ll feel great after fending off the desire to do some productive procrastination and getting work done instead.