Fake News, Journalism And The Americans

"Public enlightenment is the forerunner of justice and the foundation of democracy." -SPJ Code of Ethics (http://www.spj.org/ethicscode.asp). 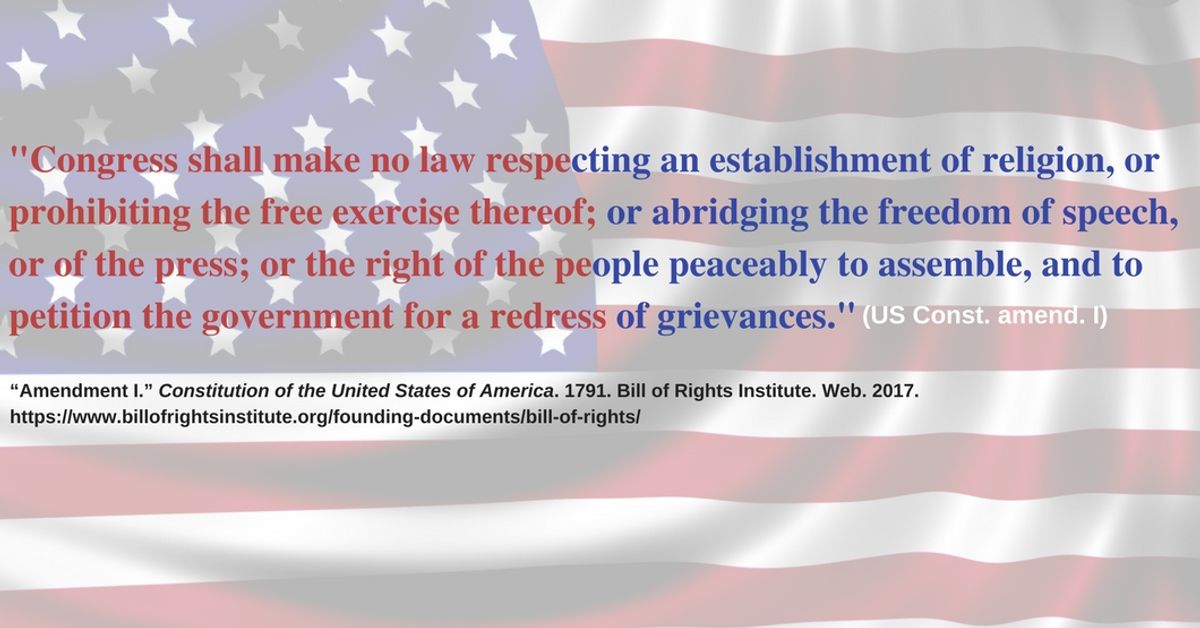 Per Cambridge Dictionary, Fake News is false stories disguised as accurate news. The fake news stories are spreading across the internet via social media networks. Per Oxford Dictionary, fake is something that is not genuine, counterfeited. The word news is something that is noteworthy. If you combined them together, you get fake news which means counterfeited news or not genuine news.

Believe it or not, this is not the first time the words Fake News came up about journalists. The Daily Tobacco Leaf-Chronicle in 1890 has an article written about how the journalists were handling the truth. It was hard for the citizens to understand what was going on. Per The American Bookseller, just a year earlier in 1889, with a paper called “The Egyptian Gazette,” the International Copyright accused publisher Mr. A.V. Philip of publishing fake news.

As you can see, Fake News has been around for some time; it is nothing new. Per Google Books Ngram Viewer, since 1750 the term Fake News, here in America, has increased, leveled off, decrease and skyrocketed over the years. Also, per Google Books Ngram Viewer, the term False News, here in America, has risen since the 1750s, just to lower in the late 1920s.

Why is there so much Fake News? Per Pratt Library, people create Fake News to make money; the news stories target certain types of citizens throughout social media (6-in-10 American citizens get their news from social media) who will believe in the news stories. These “journalists” are deliberating spreading misinformation knowing the citizens will believe the stories and share them on their social media accounts. Fake News is also about false headlines. The “click-bait’ headlines that draw the reader’s attention. The headline says one thing, but the news story says something different. Fake News can also be of satire material such as The Onion or a prank and trick site such as Channel 23 News. And we all know about those ‘Celebrity Death’ hoaxes we see on Facebook are phishing scams. Plus, on our news feeds, and a simple internet search shows us reports of news stations like Fox News and CNN for submitting and reporting fake news to the citizens of America.

Journalism is expanding into different genres. Per Poynter, there are four types of journalists. The Storyteller who makes boring stories come alive. The Newshound who exposes the facts. The Systems Analyst who helps us to understand the world. Last, the Provocateur who helps us to look at a topic in a new way.

Per Hitesh C. Parmar, there are also four types of journalists. An Advocacy Journalist writes to advocate their beliefs; they promote a social cause or a particular political agenda or party. The Investigative Journalist is the one that tries to uncover the stories that will interest the public, such as crimes and political corruptions. Tabloid Journalist writes/photographs celebrities sensationalizing their lives, or writing articles dealing with a woman having Bigfoot’s baby. Last, Yellow Journalist are the ones that do research little of their stories and exaggerates claims and rumors. Reading Parmar’s explanations of journalists, it sounds the Tabloid Journalists, and the Yellow Journalists work well together.

Journalism and the term journalist is changing. We have video game journalism, Fashion journalism, movies and television journalism, music journalism, environmental journalism, health journalism, just to name a few. The list goes on and on. And there is us, as a society we blog and video record everything happening in our lives and the world. That type of journalism is called citizens journalism.

It is not just what we read, but what we hear. With all the talk shows we see on Fox News, CNN, MSNBC and others similar stations and type of shows, we no longer are viewing our journalists in the same light as what I learned in my journalism course. They are now stating their opinions instead of being unbiased. Journalists are to give us, the citizens, the information we need to make an informed decision. Knowing this, do you feel the journalists are giving you the information YOU NEED to make an INFORMED decision?

With journalism expanding, should there be a change in the journalism code? Should each field in journalism have its own code or a form of the original code? Should the code be enforced by the people? By the courts? By the Government? Is journalism reporting to fast, due to competition?

If we, the citizens of America, want our journalists to follow their creed, should we too follow the journalist creed for being citizen journalists? It is us, the citizens, that video record events that are happening and upload them on YouTube and we write blogs about what is going on in our country and lives. Even though we may not call ourselves “journalists,” we are a form of “journalists.”

It is also the citizens who share the fake news. How do we, the citizens of America, stop fake news? We need to inform ourselves by researching. Comment on a story, only when we have the information we need to make a sound comment, and have the information needed to back our comments up. We live in a society where religion is the only thing we have faith in, but everything else needs proof to back up want we say.

Relevant Links to aid you in your research

Association for Education in Journalism and Mass Communication

Bill Of Rights Of The United States Of America (1791)

Constitution Of The United States Of America (1787)

The International Consortium of Investigative Journalists

I do not consider myself a journalist, just an aspiring entertainment journalist. If you read any of my articles, you will notice I write about entertainment, and at times, health issues. I try to stay away from politics and similar issues due to lack of knowledge and just not understanding. What I write is personal, but I try to back up what I write with resources. I am just a low-income girl, from a low-income family, trying to find her way through life in this great big world.