Facts About The First Ladies Of The United States
Odyssey
CurrentlySwoonLifestyleHealth & WellnessStudent LifeContent InspirationEntertainmentPolitics and ActivismSportsAdulting
About usAdvertiseTermsPrivacyDMCAContact us
® 2023 ODYSSEY
Welcome back
Sign in to comment to your favorite stories, participate in your community and interact with your friends
or
LOG IN WITH FACEBOOK
No account? Create one
Start writing a post
Student Life

Facts About The First Ladies Of The United States 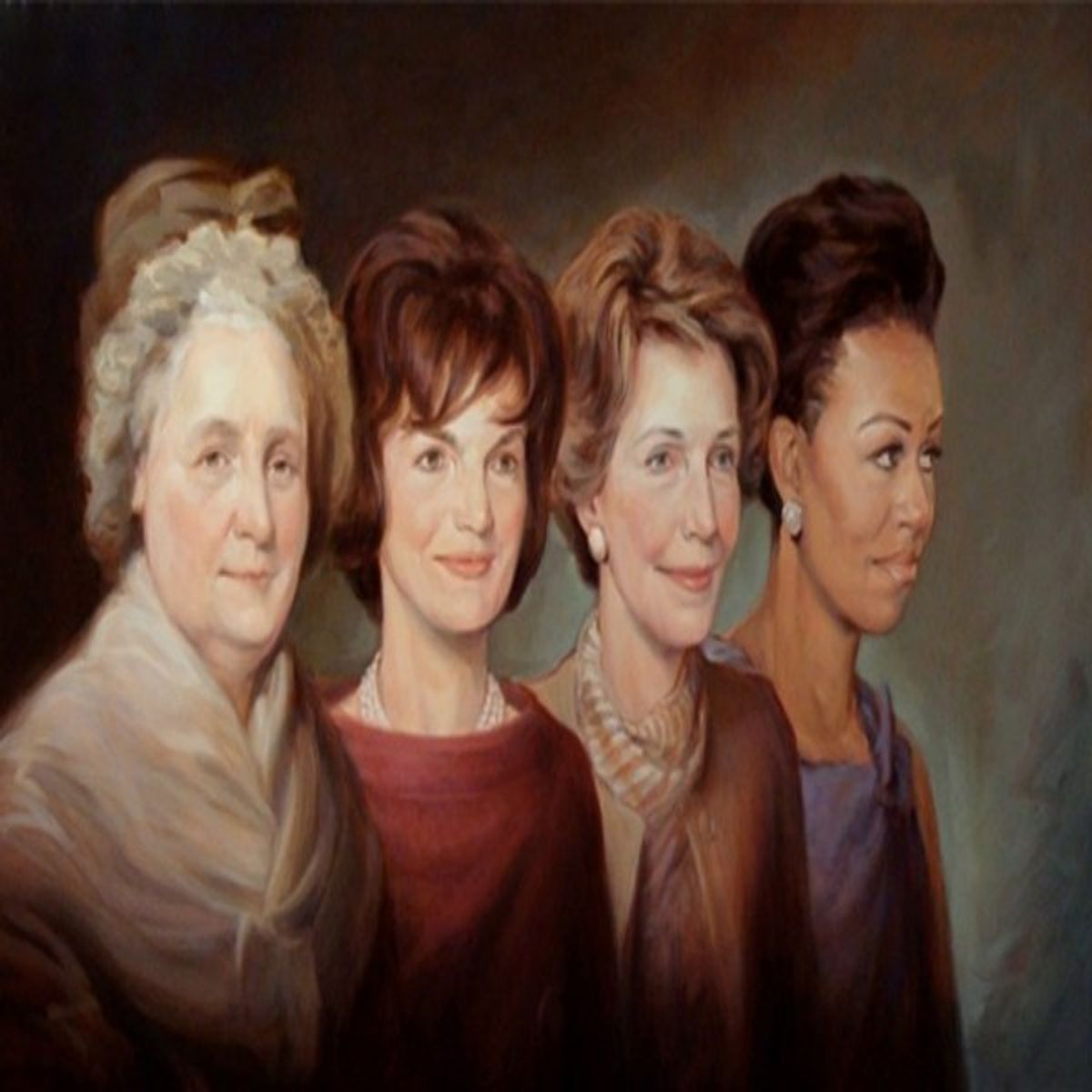 There have been numerous women to hold the position of the First Lady of The United States (forty-five to be exact), but the facts about these compelling women are infinite. Below is some interesting trivia about the courageous women who have stood beside their husbands, (or uncle) during their time as FLOTUS.

Anna Harrison, the wife of ninth President William Henry Harrison, at age 65 was the oldest woman to ever hold the position of the First Lady. She is also the only woman to have been in The First Family, and be a grandmother to a President. Her grandson, Benjamin Harrison, was the 23rd President.

2. Louisa Adams Was The First

Harriet Lane was the niece of the 15th President James Buchanan, but served as the First Lady. James Buchanan was a bachelor and therefore his niece assumed the role. She was one of the first First Ladies to use her position to help social causes.

4. The Most Risqué First Lady

Florence Harding was known for crossing the line not only as The First Lady but as a woman at the time. She threw lavish parties and started the trend of celebrities attending the White House. Allegedly, she served alcohol in the White House during prohibition. She was the first First Lady to vote in a Presidential Election and was eventually nicknamed “The Duchess” by her husband Warren G. Harding, the 29th President.

The whereabouts of the Chanel Suit worn by the 35th First Lady Jacqueline Kennedy was a mystery until just a short time ago. The First Lady was only mere inches away from her husband, John Fitzgerald Kennedy when he was assassinated on November 22, 1963, in Dallas, Texas. Kennedy held onto her bleeding husband on their ride to the hospital, which then caused the suit to be covered in blood and brain matter. Kennedy refused to remove the suit until hours after her husbands death, and was even photographed in the suit during the swearing in of Vice President Lyndon B. Johnson. According to CNN, The suit has since then been packaged away, and eventually ended up in the hands of her daughter, Caroline Kennedy. Today, the suit is hidden out of sight at the National Archives Building in Maryland. The suit has never been cleaned, and is stored away with other artifacts taken from the scene of the assassination. Caroline Kennedy stated the suit will not go on display until year 2103, out of respect to the Kennedy family.

The only living First Ladies came together in 2013 at the dedication of the George W. Bush Presidential Library and Museum. From left to right, Michelle Obama, Laura Bush, Hillary Clinton, Barbra Bush, and Rosalyn Carter all posed for a picture.

Nicole Marie Nigro
Individual Creator
7397
c1.staticflickr.com
Where to start...... Let me start with the cliche that life throws us curveballs and what we do with it is what counts.