We Are Each A Soldier In Our Own Battle 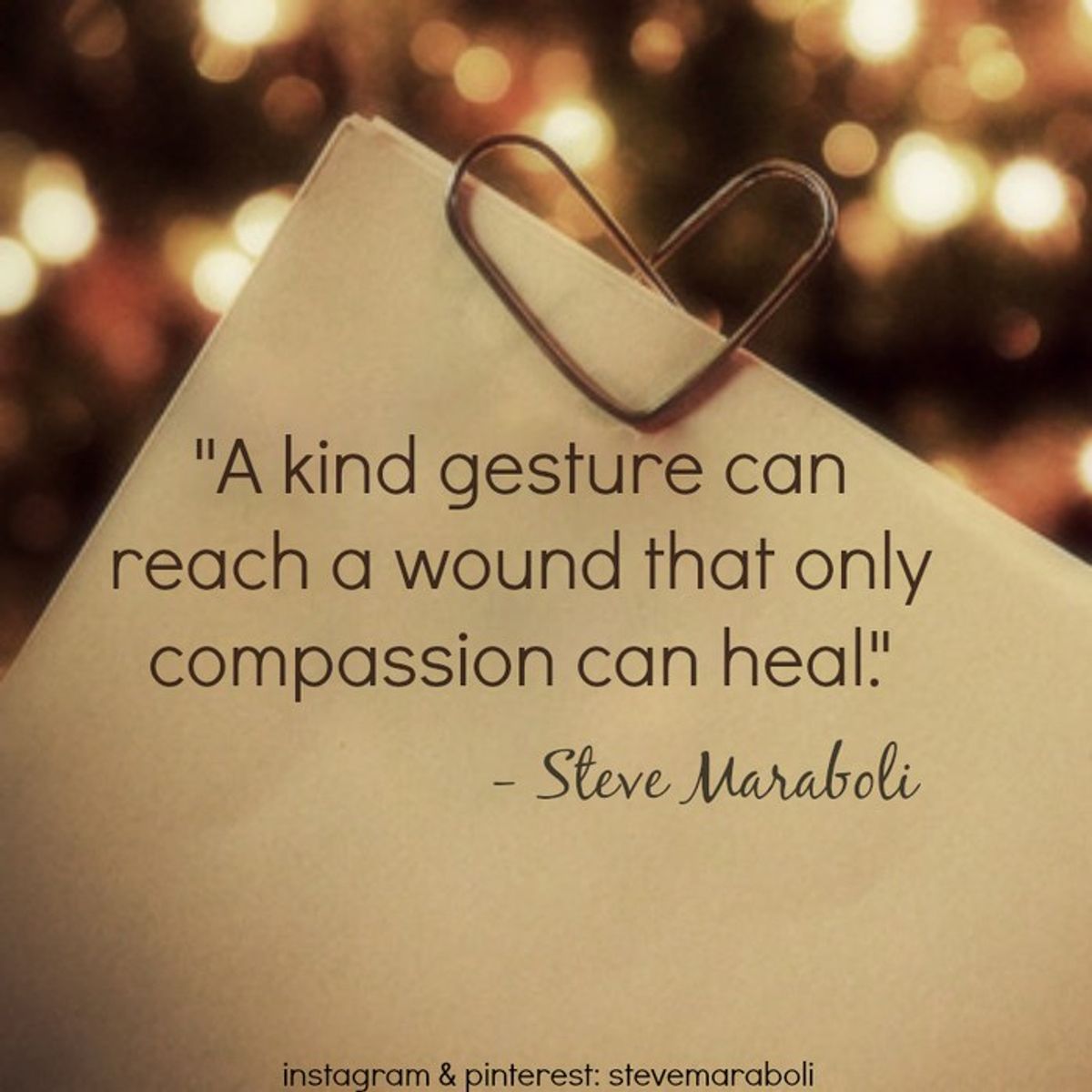 There's a saying that goes "Be kind. You don't know what battle someone is fighting." Now I'm not sure if it's a really popular one or if that's it exactly, word for word, but you get the gist. When I hear that it's a reminder to me that everyone has there own problems, just like I do, and I should remember to be kind. Let's be real, being kind to some people is so easy while others make it seem damn near impossible, but those are the ones that might need it the most.

Someone may be going through such a difficult time in their personal or family life and may react to it differently than others. Some people put on a smile, a happy face, and you'd never even known they were fighting in such a hard battle. (I'm one of those soldiers). Despite how someone reacts to their situation is irrelevant because your kindness is all that really matters. You never know how your kindness or sweet words can make someone's day a little better and, for a moment, make them forget they were even in a battle, to begin with.

I know there have been many times when I was feeling down or stressed about my problems and someone being genuinely kind just lifted my spirits. You wouldn't think that a "small act of kindness" could do much, but those have the biggest effects on someone. At times, the act of kindness isn't even to you. It's to someone else and you just happen to witness it.

It's rare that you see someone just being kind which is sad. We should see kindness more often, but since we don't it seems to have an even bigger affect on us (at least it does on me). I used to work at Food Lion and this one day I wasn't having the best day. I was tired and ready to go, but still had a few hours left. This mother came in with her two kids: a baby that was a few months old and a toddler. She had milk, eggs, cereal, baby formula a few other foods for, what looked like, dinner that night. It wasn't too many items. So when I gave her the total she was scraping together change. She looked worried and stressed especially because there was a line beginning to form. She was on the verge of tears and said "I'll just get the milk and formula." I felt so bad but there was nothing I could do and I didn't want to have to void the items. Before I could void them, the customer behind her handed me money and smiled at the mother. She hugged the woman and said "thank you" what seemed like a million times, but I knew that was just how grateful she was. The moment brought tears to my eyes. That mother was just trying to feed her children and that "small act of kindness" could've saved her in a bigger way than we could imagine.

Being kind to others if easy and FREE! It doesn't take much to do good for others. As people, we should be more willing to be kind to others as often as possible. It's the right thing to do and that's what God wants us to do. Love each other and give kindness. Regardless if it's a stranger or someone you don't like, you should show love and kindness. I know it won't be easy to be kind to someone who doesn't seem to appreciate it, but I promise it is worth it.

Remember what I said "A small act of kindness can have the biggest effect!"

Emma Hyatt
3703
The Truth About My Parents' Divorce