Why Is Everyone Ignoring This One Rule All Fraternities Break?

Why Is Everyone Ignoring This One Rule All Fraternities Break?

We all know it's happening and we're all avoiding it. 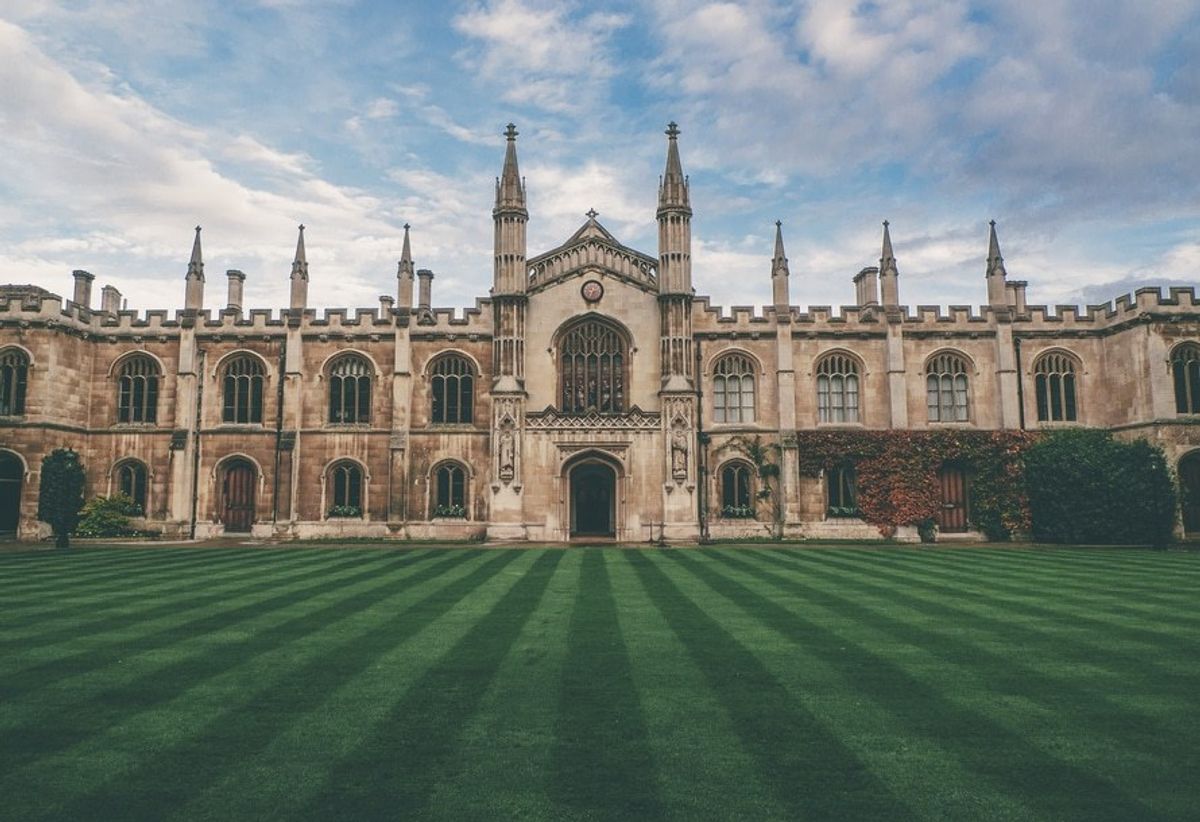 Fraternity, tradition, and beer pong -- er, philanthropy. The three cornerstones of Greek life. And with over 9 million members throughout the 123 registered fraternities and sororities in America, it’s safe to say that Greek life itself is a cornerstone in the college experience. Alums include 85% of Fortune 500 executives, 18 presidents, and the ever-stunning Zac Effron in Neighbors. College pamphlets are proud to boast these statistics, but is there really a cause-effect relationship between success in life and frat (excuse me, fraternity) membership, or is it just that fraternities attract those who are predisposed to success because of their natural societal privilege? Are Greek life organizations training future leaders to weather any corporate siege, or just prepping them to deal with hangovers the morning after late-night business soirees? And most importantly, why is everyone from college officials to parents to employers still so okay with all this?


Let’s start off by examining who joins fraternities. There are a variety of targeted groups formed around a specific commonality like religion, sport, academic standing and, most famously, race. However, despite these attempts for representation and inclusivity, fraternity membership remains largely white. Associate professor of sociology at the University of Connecticut Matthew Hughey conducted a study at three East Coast universities from 2003 to 2006 and found that Greek life organizations had an average of 63 members, 2.4 of which were nonwhite. Furthermore, a necessary class gap is a constant factor in Greek life due to the expenses needed to join. Average membership costs are $605 per semester for fraternities, not including room and board at the chapter house, any fines for rule infractions or absences, specific outfits needed for rush week, and gifts that upperclassmen encourage little/big pairs to buy one another. Some question if the Greek life experience is worth the price tag when new legislation concerning rules and limitations of on-campus organizations are eliminating aspects of the “classic” fraternity experience.

Most college students are aware of the increasing restrictions universities are cracking down on Greek life. From the state legislation banning hazing to the nation’s condemnation of SAE’s racist chants, it’s clear that fraternities can’t be as rowdy as they once were. Yet the Powers That Be still seem to be turning a blind eye to the most common infraction: alcohol distribution. Drinking games traditionally play a large part in the recruitment process in a myriad of chapters, and that made sense during the time of their founding. Most fraternities were created long before 1984, the year when the drinking age changed from 18 to 21, aka from your average freshman to your average junior or senior. Suddenly, half of the Greek life population could no longer buy or consume alcohol legally, throwing a monkey wrench in the traditional annual festivity of watching pledges binge drink themselves to oblivion... Right?

Nope. And we all know it. We all know that alcohol still plays a major role in Greek life for initiates of all ages. Hollywood knows it (see "Twenty Two Jump Street," "American Pie," even "Pitch Perfect"), the media knows it (check out CNN’s myriad of articles on the alcohol poisoning epidemic running rampant in fraternities, or Buzzfeed’s listicle of the 11 best drinking games you learned in college), and our parents know it, because they were doing kegstands and painting Greek letters on their chests long before we were born.

This brings me to what I think is the big question about fraternities and sororities: Why are they still so respected in adult society? Sure, there are a bunch of perks to joining Greek life, like the instant camaraderie offered by a built-in friend group, the philanthropic opportunities, and the networking advantages, but I don’t see why these are heralded as something only attainable through Greek life. Clubs and other student organizations offer the same social and networking opportunities, are often more focused on their stated purpose (be it philanthropic, academic, athletic, or otherwise), and they cut out the alcohol culture (not to mention the date rape, but that’s another article). And yet, they’re often not as respected by employers or as excitement-inducing in parents as their Greek life counterparts. Regular clubs don’t offer that name recognition, that nostalgic sense of “Alpha Beta Phi? I’ve been there, I’ve done that, welcome my brother!” and I understand that, but if employers and parents know what we’re getting up to in Greek life -- the hazing, racism, date rape, drug culture, and most of all, drinking -- then why are they still perceived as prestigious, time-honored houses of tradition rather than over-glorified, over-priced drinking clubs?

I don’t have an answer to this, and I don’t have anything against Greek life or those who participate in it, but I can confidently say that I don’t feel like I’ve missed anything by not joining a sorority.