Changing 'the' world by Changing 'your' world 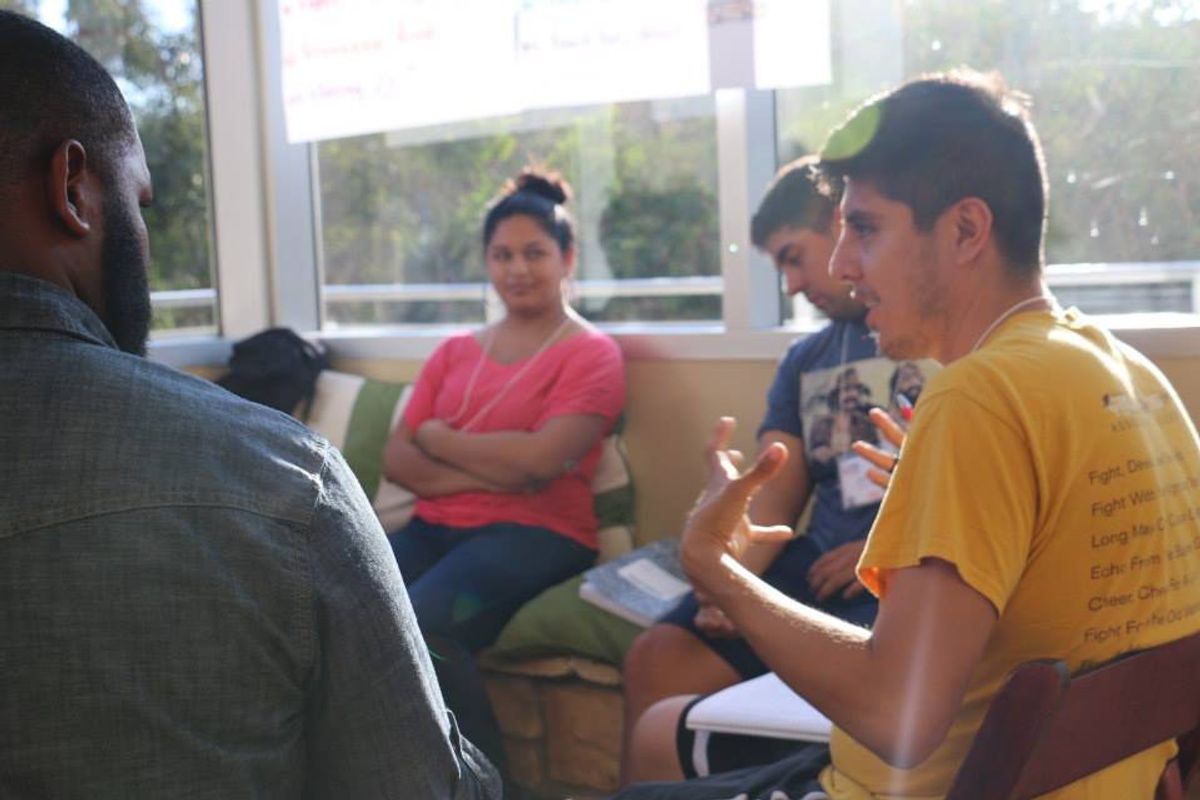 The very nature of social justice and social activism work has been constantly redefined. What history has said, or rather what we have been taught to believe history has said is that this kind of work can only be impactful on a grand scale. Well-known legends such as Rev. Dr. Martin Luther King Jr., Rosa Parks, Gloria Steinem, and Cesar Chavez are what always come to mind.

Not to devalue their work but let us not forget that aside from them being these renowned leaders, they were everyday people. Martin Luther King Jr. was a local preacher in Atlanta, Georgia. Rosa Parks was a department store worker. Cesar Chavez was a farm worker. Gloria Steinem was a journalist.

Living proof that it doesn’t take credentials to change the world.

This lesson is clear to me now but it did not become clear until recently.

It was my sophomore year in college. A new undergraduate program was being introduced to the university curriculum. It was called ‘social entrepreneurship.’

Not many professors knew exactly what it meant but spoke very high on its potential. The program was designed to equip those who major in it with tools and objectives to create a non-profit venture geared towards a social problem.

The phrase “…a Black ‘Bill Gates’ in the making…” from Beyoncé’s famous song ‘Formation’ may come to mind when talking about “non-profit venture.” Or perhaps other famous philanthropists such as Oprah Winfrey and the late Michael Jackson come to mind. Whatever the case, the idea of having or needing money to make money comes to mind.

Though I graduated three years later with the majors I started with, this major had an impact on me. I initially thought the same thing; a quasi-business degree that has no place for a radical writer who wants to change the face of Black America.

Little did I know.

I followed most of the activity of this flourishing degree. I went to all the seminars, invited speakers; I even wrote an article about the very state of social entrepreneurship majors nationwide.

Though I initially regretted not changing my major, the moral of this story is I didn’t need a major to prove I was a social activist or that I wanted to change the world. I was already a social justice activist by being a radical writer.

I do social activist work in my everyday life. As an online journalist, I inform my readers about #BlackLivesMatter and Feminism. I work in the workforce development division of a local community college district in San Antonio, Texas. Working in the non-profit sector, I assist with a healthcare training program for surrounding lower-income communities.

Though I’m both exhilarated and exhausted at times, my passion to change the world is ever so present. The work that I do does not affect the world on an international scale. But the city of San Antonio, Texas is changing each and every day with my hard work. From every job fair to every article posting, someone is impacted by what I do.

Being an everyday person makes you more capable of being a social activist. Being involved within the community informs ways you seek out new and innovative ways to not necessarily change the world but change your world. I may not being Martin Luther King Jr or Gloria Steinem, but I’m certainly no more or no less of an activist.