Every Campus A Refuge

Every Campus A Refuge

A professor's initiative to help refugee families ready to take off 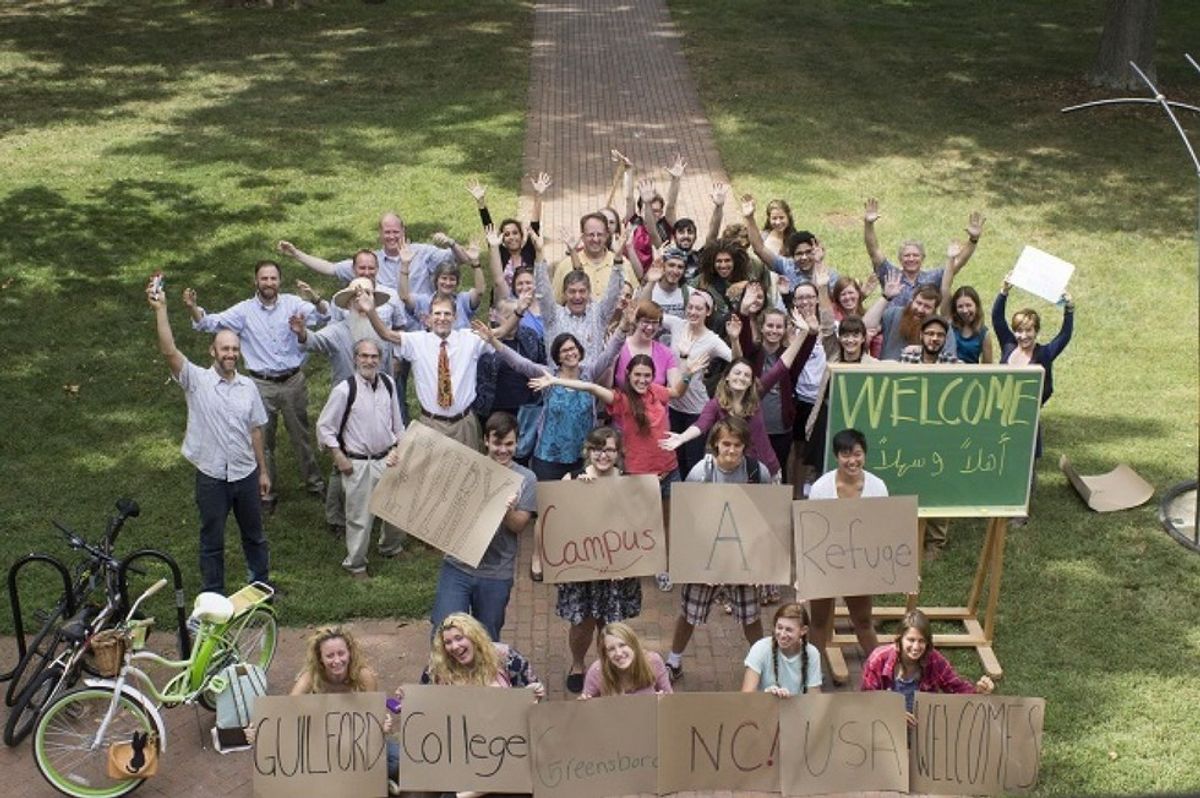 On February 18, the United Nations announced they will begin dropping aid into Syria, specifically in areas where ISIL has taken over. All sides are considering a cease-fire. Refugees are making it into neighboring countries and even as far as the United States.

At the same time, peace talks are being cancelled. American and Russian airstrikes are continuing. Refugees are being denied, and many of them are dying because of it.

At Guilford College, one woman, Associate Professor of English and chair of the department, Diya Abdo, has decided it's time to take a stand.

In 2015, Abdo, who is herself the daughter of Palestinian refugees, launched Every Campus A Refuge, an initiative that aims to encourage every college campus in the United States to house just one refugee.

The idea stemmed from the Pope's call to every Catholic Parish in Europe to take in a refugee family.

"The word for a university campus in Arabic is haram (ph) which means, literally, a sanctuary or a refuge," Abdo said in an interview with NPR. "We have facilities for housing. We have medical facilities. We have hundreds of human beings with various skills. We have cafeterias. So why not, why not take on the Pope's call and become a refuge?"

Abdo's initiative has not been easy. North Carolina Governor Pat McCrory has insisted the state be among those to refuse Syrian refugees. Still, Abdo has pushed forward and her efforts have been rewarded. In the past few months, several universities, including Amherst College, UNC Chapel Hill, Wilson College and Yale University, have contacted Abdo, all expressing interest in getting involved.

Guilford College itself has also been very supportive, as have many in the Greensboro community, such as the African Services Coalition, a non-profit resettlement agency. “We’re trying to do the right thing during this humanitarian crisis within our powers to do so,” said Guilford College President Jane Fernandes in an interview with the Washington Post. “It just seems like it’s our moral responsibility to do something if we can.”

While the vetting process, which can take up to two years, is long and arduous, Abdo, along with several student volunteers and supportive staff members, aims to have a refugee family on campus early this year.

Beyond that, the goal is to reach out to schools across the country, truly making every campus a refuge.