The Power Of Water
Odyssey

The Power Of Water

Throughout my European travels, I have noticed a theme that connects nearly all of them: water 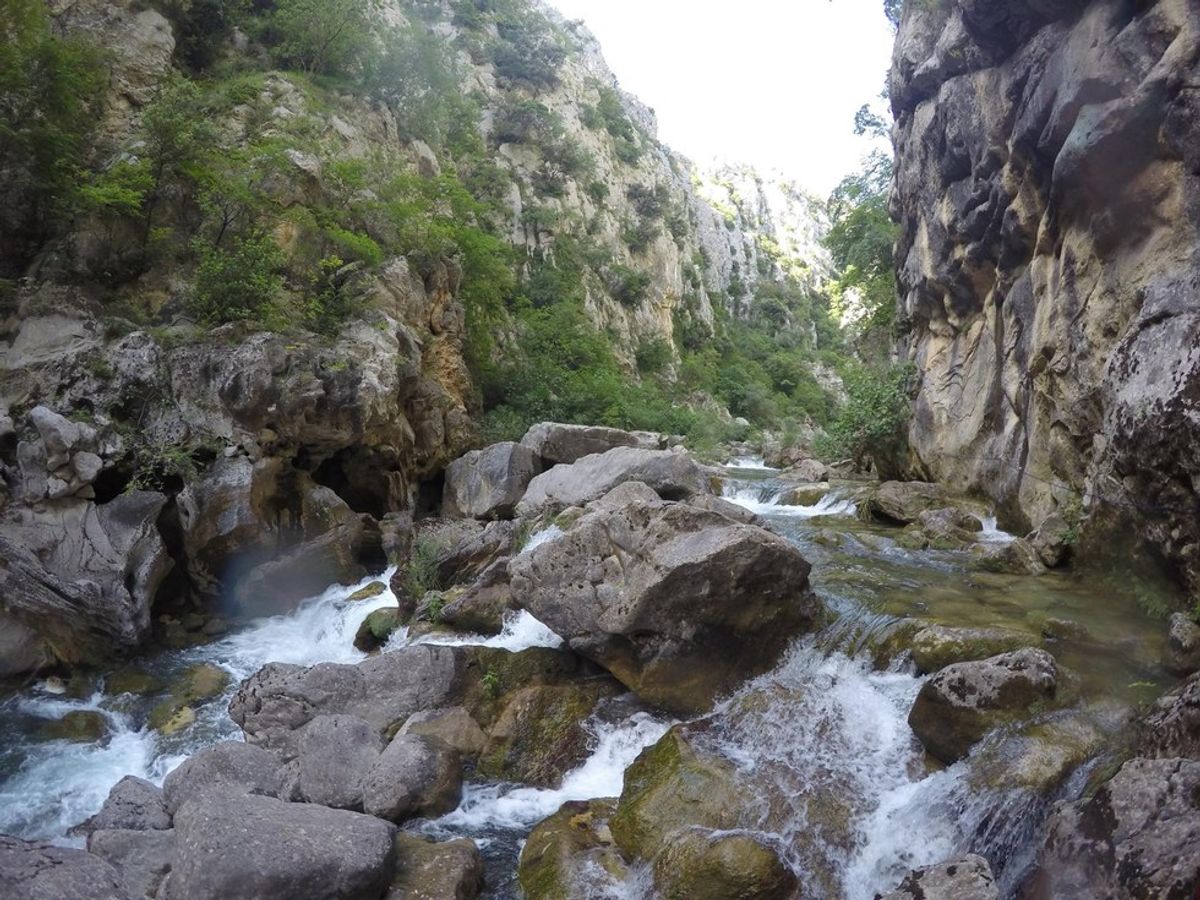 Water. I had always been fascinated by its potential. It can destroy entire cities with a single hurricane or thunderstorm. It is the necessary fuel for grass, flowers, and other plants to emerge from the soil. It can plow through the earth itself to form rivers and streams. It is always in the hand or stowed away in the backpack of a traveler, a refreshing way to combat thirst and the heat.

Throughout my European travels, I have noticed a theme that connects nearly all of them: water. For example, the Trevi Fountain in Rome. The structure was named after the Roman goddess Trivia, the city’s protector with three heads to see every direction at once. Other gods and goddesses adorn the fountain in the form of statues, such as Oceana, God of freshwater. His bullying gaze stares down the hundreds and hundreds of fanny pack-wearing and selfie stick-carrying tourists that flood here every single day to admire his beauty and one of the most iconic monuments in the city. The famous tradition is to throw a coin over your back and into the fountain. This dates back to ancient times, when soldiers leaving for war would toss their coins into the water as a payment to the gods, who would (hopefully) grant them a safe return home. Today, over three thousand euros are collected from the bottom of the fountain every single night. The Trevi Fountain’s atmosphere truly feels like juxtaposition. Loud water gushes from pipes above into the aqua-blue below. The air is humming with tourists shuffling through their wallets for coins and clicking cameras. At the same time, this monument dates back thousands of years. If you close your eyes, you can almost see ancient Romans drinking from one of the city’s oldest water sources.

Another place known for water is quite obviously Venice, the city that was literally built on it and predicted to sink into its depths within the next century. The two and a half mile long Grand Canal snakes through the islands, connecting them like beads on a string. Once a 10th century shipping route, it now hosts more than 60% of all Venetian traffic. A city with streets so narrow that bikes and cars are out of the question- it relies on water for survival. Gondoliers float on the surface, beckoning travelers to do this “once in a lifetime experience” for a mere 80 euros, while the canal waters lick the dilapidated steps descending into the blue-grey waters. Countless pigeons flock to nearby puddles, splashing and cooing while tourists wave them out of their walking path.

My first experience in Croatia revolved entirely around water- canyoning to be exact. Our dark tight wetsuits protected our bodies from the frigid river that we spent nearby three hours wading through. Canyoning is a combination of hiking, climbing and swimming. The water was clear enough that we could see our feet as we trekked through mud, dirt, and seaweed. The air was calm, tranquil. It felt as if we were the only ones to have ever conquered this path. About halfway though tackling and clamoring up a rock structure, I misstepped on an extra-slippery boulder and was swept under impossibly powerful rapids that held me below for what felt like hours. The potential of water has no limits. About an hour after the accident that would leave a fist-sized bruise on my right thigh, our group arrived at a waterfall. We could hear the muffled sound of cascading water almost a mile before but nothing could prepare us for the view. From the top, where silver-grey boulders sat as if they had been there for centuries, to the bottom, a pool of electric blue water, it was majestic, formed by Mother Nature herself.

Water. It drives us, fuels us, and inspires us. It forms some of the world’s most breath-taking creations: waterfalls, rivers, and the bottomless oceans. People will travel thousands of miles, from all corners of the Earth, to see them with their own eyes and to experience the power of water for themselves.