"Enough Is Enough" training at Colgate University was unspeakably problematic. 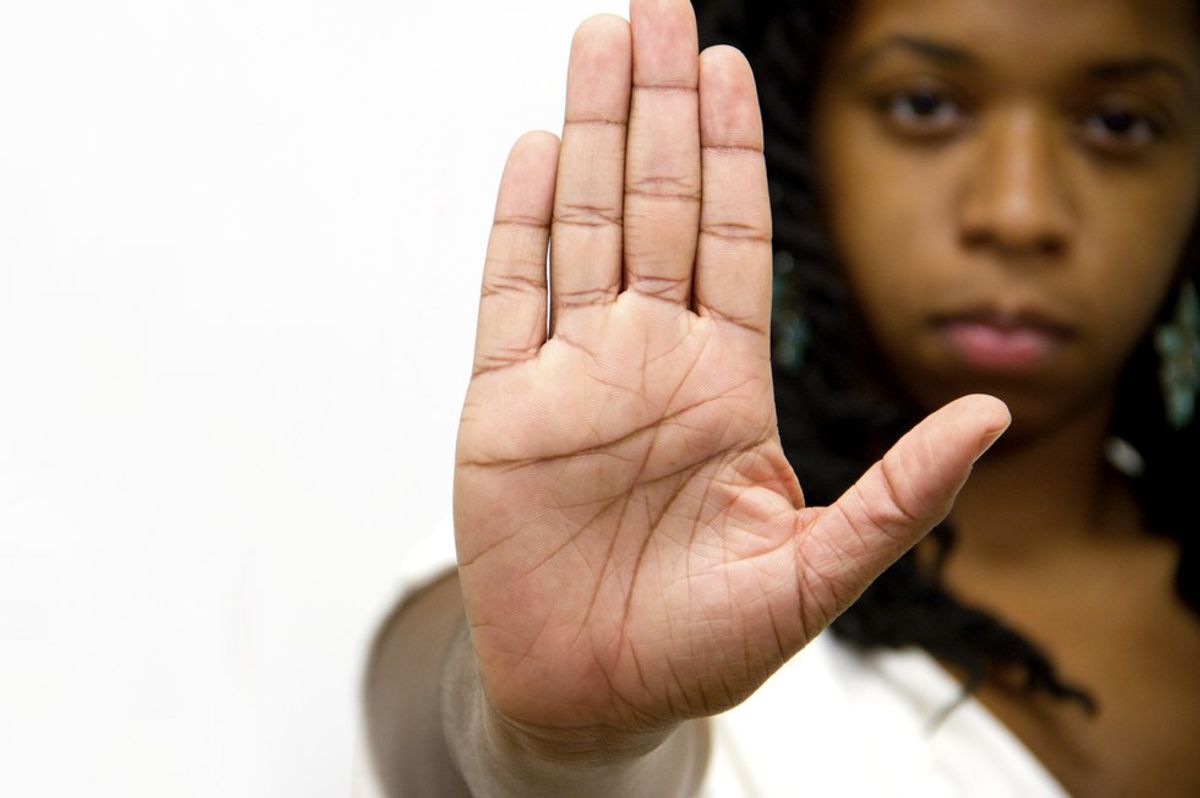 This past week I attended my ninth mandatory sexual assault sensitivity course in my time as a Colgate student.

It may seem a little overkill, but I get it. Conversations about sexual assault on college campuses are important and I'm fine with being inconvenienced by redundant mandatory programming.

However, having attended so many seminars with their varying goals and styles of displaying information, I've become hyper-aware of when a sexual assault sensitivity training has gone terribly wrong.

That's what happened in the New York state mandated "Enough Is Enough" training that I attended.

For the sake of clarity, I'm going to break it down point-by-point.

"This program may contain some difficult situations and scenarios."

I'm honestly not even sure where I stand on the controversy of PC culture v. trigger warnings. What I do know is that in a seminar that is dealing with sensitivity and awareness around issues regarding sexual on college campuses, "difficult situations and scenarios" is not a sufficient trigger warning for the content that was held within the presentation, namely that the presentation contained various hypothetical scenarios of sexual assault.

We also learned later in the presentation that the scenarios which were presented were actual scenarios that were presented before the Equity Grievance Process (EGP) board, which is another issue entirely.

"Dating doesn't happen here, so we don't have language for it in our policy."

Sure, hook-up culture is prevalent on our campus, but to say that "dating doesn't happen" is just factually incorrect. To go on to say that because instances of dating are infrequent at Colgate, that Colgate's EGP language does not acknowledge that relationships exist is just absolutely wild and I sincerely hope that the "Enough Is Enough" facilitator misspoke. To say there is no language that deals with dating is to say that Colgate is not remotely equipped to handle cases of domestic abuse or sexual assault within a monogamous or any other type of relationship between individuals.

I'd also like to point out that the definition for what qualifies as dating in modern society is up for debate. As students seek partnerships outside the standard definitions of relationships, I would hope our policies could at least try to keep up with the times.

The (attempted) erasure of gender and sexuality

"Difficult situations and scenarios" are spelled out in what our facilitator referred to as "the good part" of the presentation.

Further, if we want to discuss the role that alcohol plays in sexual assault on college campuses, it is important to recognize how alcohol affects male and female bodies differently.

Gender need not be erased, but rather understood. The underlying maintenance of heteronormative standards within this presentation that clearly aimed to erase gender makes it all the more problematic.

The use of playful language and comedic tone

I truly believe that comedy is one of the most effective ways to have important critical conversations. However, I feel that it has absolutely no place in a sexual assault sensitivity training.

The facilitator of "Enough Is Enough" used the phrase "kissing with tongue action" to establish that penetration is not exclusive to genitalia. The facilitator would also regularly make light of "difficult situations" with clear attempts to solicit laughs from the packed auditorium.

There are not enough ways to fully explain how inappropriate that is. If you are going to make a sexual assault sensitivity training mandatory for all student leaders, you have to take it seriously and treat it, well, sensitively. Such a seminar can be engaging and interactive, but it should not be a joke to anyone involved.

Refusal to say the word "vagina"

This can go back to the "Enough Is Enough" facilitator's over-the-shoulder use of the English language, but I think it's important enough to yield it's own discussion.

There is enough weird stigma surrounding the female body and female sexuality already. For a facilitator to express clear discomfort when navigating their available vocabulary for words that circumnavigate the female anatomy is borderline immature. I would expect a higher level of comfort with the subject matter from a facilitator of a seminar that attempts to establish a better dialogue about sexual assault on college campuses.

"Don't hook up with someone who is vomiting--it's just gross!"

To suggest that one should not pursue sexual activity with an individual who is intoxicated to a point of illness because the pursuer of sexual activity could get covered in vomit is absolutely ridiculous.

Don't pursue sexual activity with someone who is drunk to the point of vomiting because you will be sexually violating that person when they are powerless and that is a horrific reality to impose on someone.

The decision of whether or not to sexually assault someone should not focus on the hygienic repercussions on the assailant.

"Does anyone want to share their own account of a situation of sexual assault that they've experienced?"

"Enough Is Enough" training was undoubtedly not a safe space for anyone to share any side of a situation that would be similar to a case brought before the EGP process.

"We are going to be less victim blame-y."

What if we are just not "victim blame-y" at all?

I can't say that I'm shocked that this was the note that this dumpster fire of a sensitivity training went out on. While this was not the worst thing that was said within the confines of "Enough Is Enough" training last week, it still highlights how poorly done such an important mandatory training was.