Is Eminem The Greatest Lyricist Ever?
Odyssey

Is Eminem The Greatest Lyricist Ever?

A brief analysis into the writing of hip-hop's finest 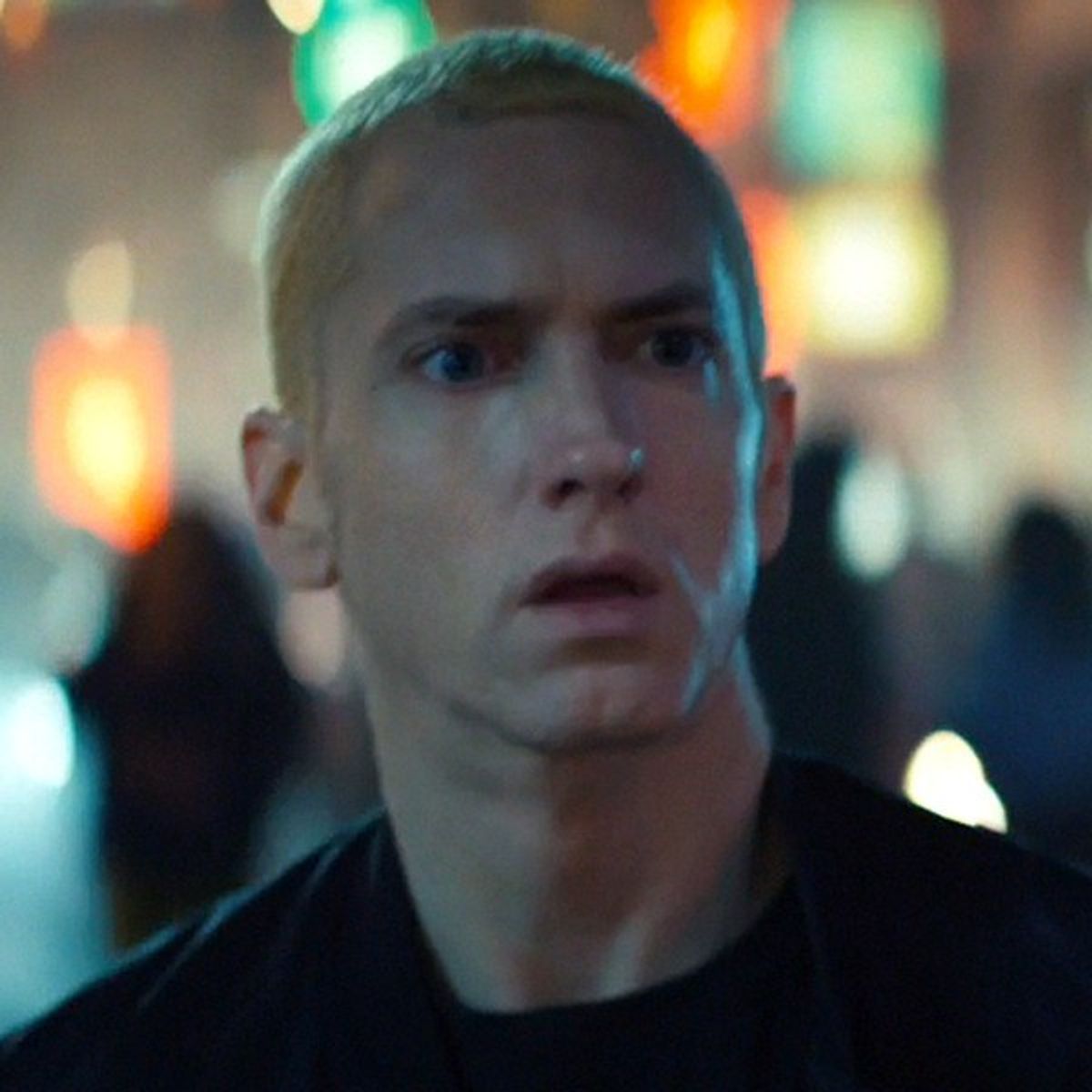 Rap is a constantly developing form of music, standing for Rhythm and Poetry. The poetry part, the rhymes, was perfected by Grandmaster Flash in the early 80s. Rhythm was perfected by Biggie Smalls in the 90s. Then Eminem came around in the late 90s. The kid from Missouri, made by Detroit, reinvented rap and took over the rap world.

Eminem writes poetry that is meant to be spoken and delivered on a beat. His delivery adds new meaning to every verse. He uses language as a tool to incite emotions in a way that nobody has ever matched. Eminem was named by Rolling Stone as the 82nd greatest artist of all time. He was also named the King of Hip Hop. Elvis Presley was the King of Rock, Michael Jackson was the King of Pop, Solomon Burke and James Brown were the kings of Soul, and Eminem is the king of Hip Hop. He earned this title by reinventing rhyme schemes, mastering rhythm and pacing, and pioneering word play on a near-Shakespearean level.

Eminem can rhyme better than anyone in the history of writing. For most of history, poetry was standardized, they were either ballads, loose ballads, English sonnets, Italian sonnets, limericks, or haikus. William Shakespeare wrote 150 sonnets with identical rhyme schemes. Poetry in the present day has taken completely new forms—free verse and flow verse. Free verse poetry is non-rhyming natural speech. Flow verse consists of extremely loose rhymes, also known as slant rhymes, near rhymes, forced rhymes, family rhymes, etc. Also, flow verse has heavy internal rhyming and the rhythm is created by how words sound when spoken. This is most often seen in rap music, where Eminem is king.

"These ideas are, nightmares to white parents
Whose worst fear is a child with dyed hair and who likes earrings
Like whatever they say has no bearing
It’s so scary in a house that allows, no swearing
You see him walking around with his headphones blaring
Alone in his own zone, cold and he don’t care

He’s a problem child, and what bothers him all comes out
When he talks about, his f*cking dad walking out
Cause he just hates him so bad that he, blocks him out
If he ever saw him again he’d probably knock him out

His thoughts are wacked, he’s mad so he’s talking back
Talking black, brainwashed from rock and rap
He sags his pants, doo rags and a stocking cap
His step-father hit him so he, socked him back

And broke his nose, his house is a broken home
There’s no control, he just let’s his emotions go

This verse is a modified sonnet. Instead of three quatrains and a couplet, Eminem uses a sextain, two quatrains, and a couplet, all with equally crazy rhyme schemes. Eminem is really just showing off here. He starts with a six-lined stanza that has one of the most complex rhyme schemes I’ve ever seen:

Like a traditional stanza, nearly every line ends with a BC rhyme—pretty standard stuff. However, all of the other letters in that rhyme scheme are internal rhymes. In 73 syllables, there are 33 syllables that contribute to the rhyme scheme. That ratio is practically unheard of in poetry. Also, in those 33 syllables, only 5 different rhyme types are introduced. That sound consistency is actually ridiculous. Eminem used a single hard “o” sound in lines 3, 4, and 5. In the final line, he uses five hard “o” sounds in a row. Beautiful. He brings this back in the final couplet by using five straight hard “o” sounds.

The speed at which Eminem can rap has also helped make him famous. In the popular verse from “Rap God,” Eminem says

Uh, sama lamaa duma lamaa you assuming I'm a human
What I gotta do to get it through to you I'm superhuman
Innovative and I'm made of rubber
So that anything you saying ricocheting off of me and it'll glue to you

I'm never stating, more than never demonstrating
How to give a mother****ing audience a feeling like it's levitating
Never fading, and I know that the haters are forever waiting
For the day that they can say I fell off, they'd be celebrating
Cause I know the way to get 'em motivated
I make elevating music…

My favorite part of Eminem’s style is his word play. He uses words’ sounds, spellings, and meanings to create puns that go over most people’s heads in the middle of a verse. Some of his best ones (somewhat ironically from pretty bad songs) are listed below:

“I gave Bruce Wayne a Valium and said ‘settle you’re a** down I’m ready for combat, man. Get it? Calm Batman?” –Won’t Back Down

“Now you get to watch her leave out the window, guess that’s why they call it window pane.” –Love the Way You Lie

“Standing on my Monopoly board, I’m on top of my game.” –No Love

“I must be allergic to failure because every time I come close to it, I just sneeze, but I just go achoo and still achieve.” –Survival

“Girl, I ain’t got no money to borrow, but I’m trying to find a way to get you alone.” –Berserk