Embracing My 'Basic White Girl'
Odyssey
CurrentlySwoonLifestyleHealth & WellnessStudent LifeContent InspirationEntertainmentPolitics and ActivismSportsAdulting
About usAdvertiseTermsPrivacyDMCAContact us
® 2023 ODYSSEY
Welcome back
Sign in to comment to your favorite stories, participate in your community and interact with your friends
or
LOG IN WITH FACEBOOK
No account? Create one
Start writing a post
Politics and Activism 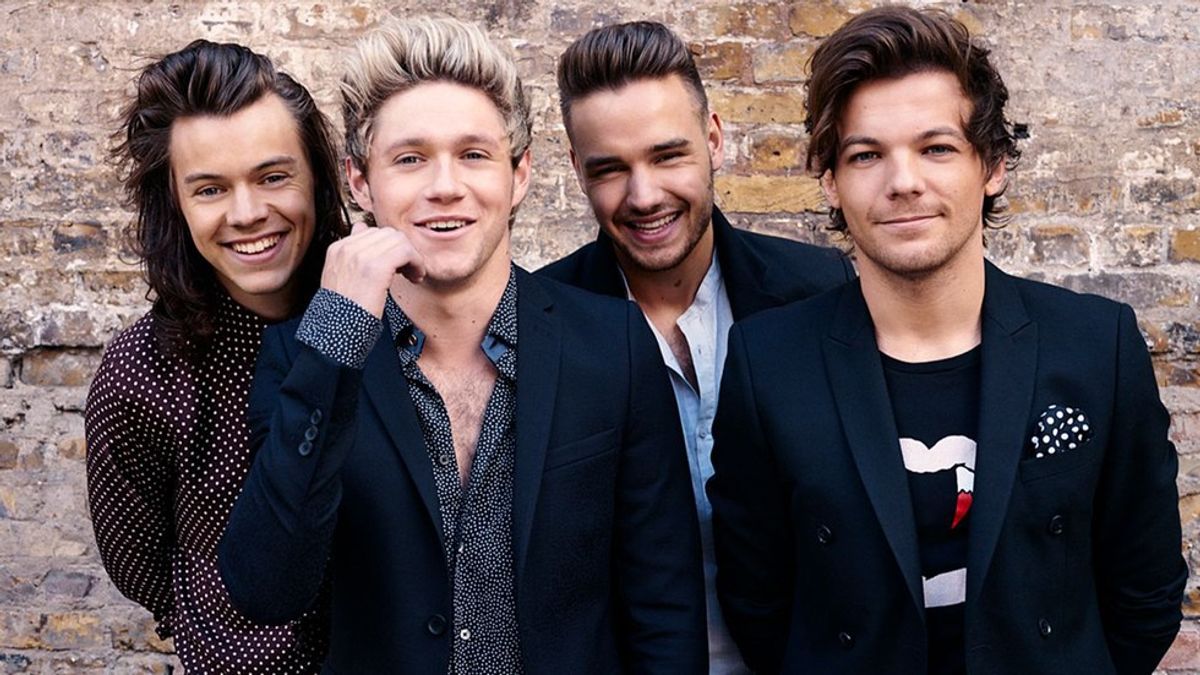 Ever since I was very young, I’ve always been sort of a tomboy. Sure, I was into princesses like other girls my age when I was young, but at a certain point in my adolescence I decided that I hated pink, I wouldn’t wear my hair up, and that I would only wear graphic t-shirts and jeans (sorry, mom).

It wasn’t until I got into high school that I realized how deeply unhappy I was with the way I looked. In middle school, I had chopped off all my hair, but, ever the tomboy, I refused to maintain it. It was terrible, and whenever anyone shows me a picture of my shaggy, mullet-y middle school ‘do, I immediate respond with a firm ‘ew’ and tell them to delete the photo. During the summer before my freshman year, I wanted to dye my (now slightly tamed) pixie cut purple.

My mother, for obvious reasons, was hesitant.

We compromised, getting a dye kit and painting streaks of my hair purple. It wasn’t terrible, even as much as I cringe about it now.

I had wanted something different, unhappy with the way I looked. After the pizzazz of the hair wore off, I cut my hair shorter, almost a buzz cut. I was told over and over by people who I thought were my friends that I looked like a boy.

Still unwilling to ever dress like a girl, I began to wear more funky, colorful pants. Ties. Bowties. Suspenders. I was trying to reinvent myself in a way that unique but still adorable enough to be liked.

I didn’t want to be like other girls. I was, looking back, the definition of a hipster in the worst way, but very internally. I flinched at the thought that I would ever be ‘normal’ or ‘basic’. I never said anything, but I thought girls who wore makeup were high-maintenance, and I was not high-maintenance. I thought typically ‘feminine’ things were stupid. I blanched at the thought of doing what other people did, even if it forced me to dress in ways that got me picked on day in and day out. I convinced myself that someone as unique as me was going to run into haters.

Later on in high school, I began to loosen up. I still wore bowties and suspenders occasionally, but I conformed a little. I was always me, of course- I would wear dresses with converse, I would wear a cute outfit with funky earrings- but I began to dress a little more conventionally for a girl. I began to feel more comfortable with myself, able to express my femininity more, but I still was hesitant to partake in makeup, boy bands, shopping- anything that was stereotypically ‘girl stuff’.

It really wasn’t until the second semester of my freshman year in college that I realized that it was okay to for me to be feminine.

I am a feminist. I’m a strong supporter of women everywhere, and I believe that there’s no shame in doing feminine things.

Misogyny hurts men, too. Misogyny targets and hurts anyone who shows traces of any typically ‘feminine’ traits. As a feminist, I fight against that.

I didn’t realize I was internally misogynistic towards myself until this past year.

I met my friend Holly, and my first thought was that she was so normal at an art school it was strange. She’s traditionally beautiful, dresses herself well. She loves Starbucks and coffee and shopping at Forever 21. She loves One Direction and Ariana Grande, and she gets her nails done regularly.

She’s so basic it hurts, and she knows it.

After knowing Holly for a while, I slowly started to realize that despite the fact that she likes all these traditionally feminine things that are often undermined by society for being ‘basic’, she’s still her own quirky person. In no way does the fact that she loves those things affect quality of her personality, or intelligence, or humor.

It startled me how hard and how long I had resisted being a girl as girls are societally depicted.

It’s taken me 19 years, but with her help I’ve come to realize that it’s totally okay for me to like any and every feminine thing there is, no matter how looked down upon those things are by society.

Holly and I got to Forever 21 all the time, and I listen to One Direction religiously. I know she’s going to read this, so thanks, Holly, for showing me that it’s okay to be basic. I needed it.
Report this Content
This article has not been reviewed by Odyssey HQ and solely reflects the ideas and opinions of the creator.