Root yourself with your flag

Present day society is facing one of the most complex and difficult scenarios of being able to accept diversity. Why am I bringing this up? In the past years, the topic of being a foreigner or cultural "outlier" in foreign soil has become a theme almost too delicate to touch. Whether you are an undocumented or documented individual living in a place other than your native country, issues arise. 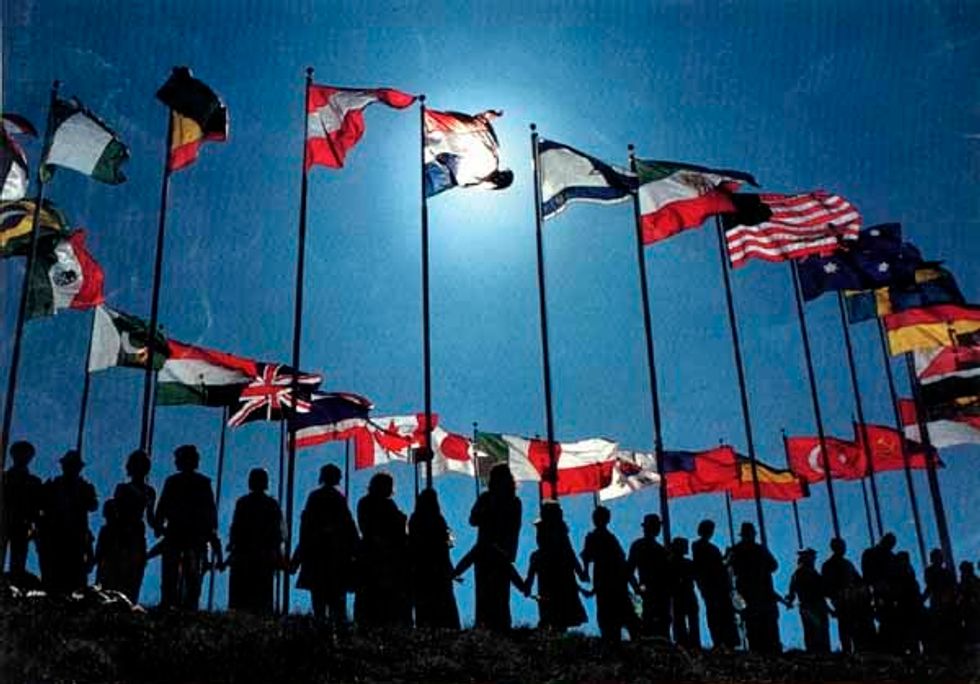 Leaving political issues aside, acceptance has shown to be a recurring issue in many communities. Often, a person who has come into another country is often forced or socially pushed to adapt to the new and leave the old behind. The problem with this is that you are not asking someone to change into a new pair of socks, you're telling them to get new feet. While this is a weird analogy, think about it. A person's life doesn't begin the moment they set foot in a new environment. Rather, it is the trajectory that led them there that shapes a person's life. When you make fun of someone for having broken English, you are highlighting their alienation from the rest, and neglecting that behind that person was once a child who cried because they thought they'd never be able to master the language. When you say someone's religious practices are ridiculous and that if they were more "cultured" they wouldn't be worshipping a cross, a Buddha, or fasting for Ramadan, take a look to see why they are so adamant about giving thanks to their deity. If you cannot understand them, try to learn from them.

Remaining rooted to your natal soil is not just for the mere purpose of honoring it, but it preserves you as a person. Personally, going away from home became a major moment for me as a Mexican. I enjoyed living among other cultures and discovering new ways of life. However, the day came when I felt I was losing my roots in trying to assimilate completely. In a sense, I felt an immense longing that not even the beautiful scenery could make up for. I began bringing in more of my home into my new one, and with it brought a cementing of my identity. Yes, I was a San Franciscan now, but at the end of the day a Mexican living in San Francisco. At first, I was reluctant to tell people I was from Mexico. The political scene had left too much dirt on my country, and I was afraid that telling people where I came from would hinder my abilities to move through the professional and social scene. Like me, I have met many people in the same situations. Where only one country is named supreme while the rest are inferior. It is because of these ideologies that many of us are not just ostracized, but worst of all made to question our roots.

Being a foreigner in another country does not make you a parasite. Having different practices, speaking more than one language, and having different musical and gastronomic tastes makes you unique. It is uniqueness that has produced the greatest minds and most influential people. It is an advantage, to an extent, knowing that the world is not comprised of a single area of land. It is almost as if you come to understand each other. Being an "outsider" in a new country establishes an unspoken language between everyone. Everyone is there for a reason, fortunately, in my case, it has been to study. But others have had to leave their places to seek a better life. When racism and superiority replace humanity, it doesn't make you look true to your country or protector of your people, it makes you look ignorant, it makes you look stupid. Getting in my face telling me and many others how we will all be wiped out and sent back home won't make you more macho, again, you look stupid. Because let me leave one thing clear, no one leaves their country and their identity for fun. The difference between traveling and migrating is that one was for pleasure and the other for necessity, evolution. For those of us who see the world from another perspective, who have come to experience different cultures and ways of life, I assert you that this racism set by leaders is not so much about speaking for the people, it is a way of displaying and playing with their power. Of course, there are people who want to keep their races "virgin" from others, and people afraid of change. However, if you come into a country other than your own, do it for your people, for your country, and for those who will come after you. Never compromise your identity, your roots, and the values your culture taught you from the moment you began to learn. Opposition is something inevitable, but persistence is very much alive regardless of politics and borders.

I'm proposing that you embrace your culture. Wherever you are. That for every remark about being Mexican, Middle Eastern, Black, Asian, and whatnot you put your flag tight around you while you work, and let it wave at the peak of success.