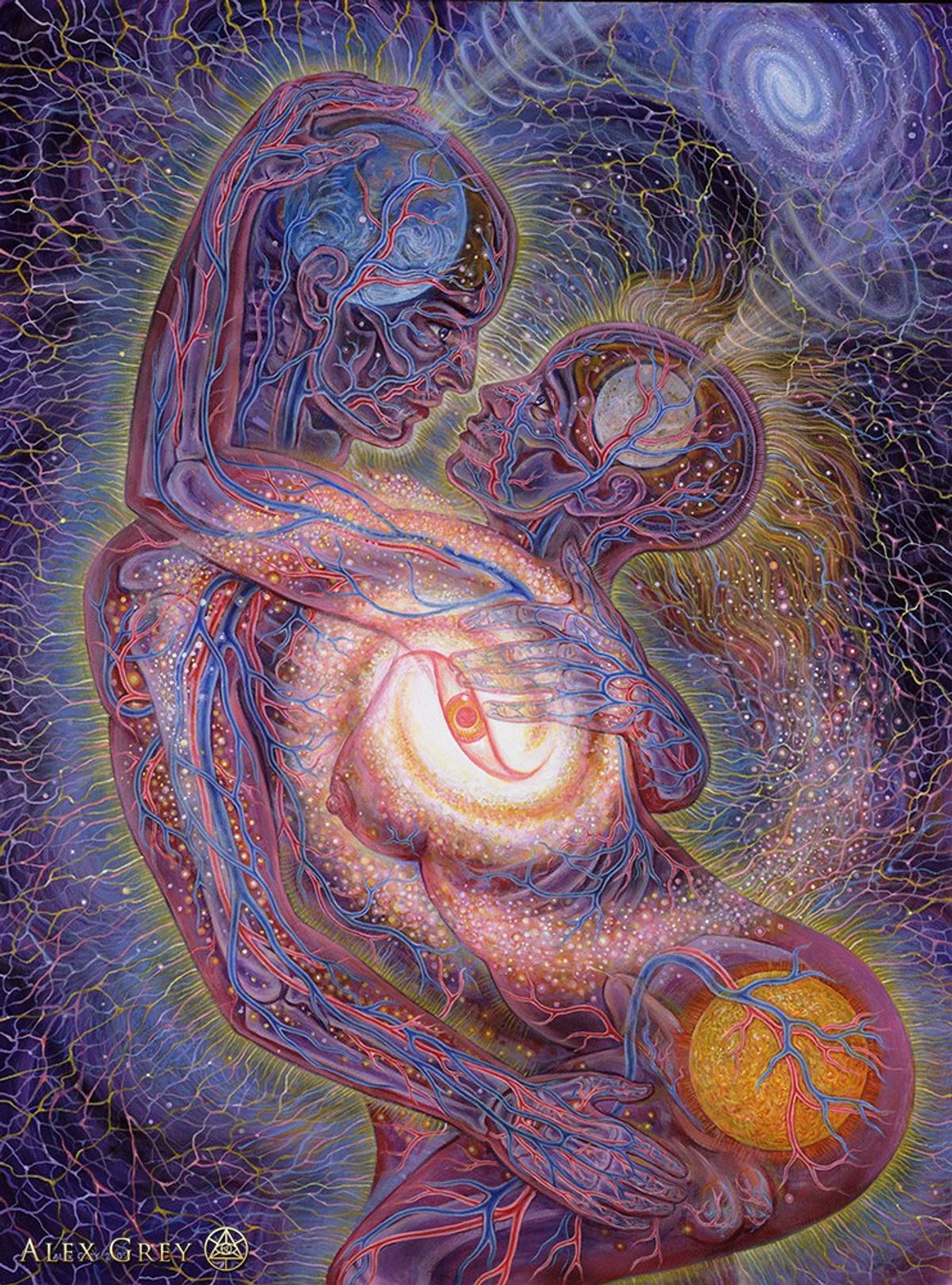 Recently I wrote a paper analyzing Alex Grey's Love is A Cosmic Force. A paper I actually enjoyed writing. This painting takes my breath away. It's weird, but beautiful. It's complex but not overwhelming. I've never come across a painting that I could stare at and just keep finding new amazing things. My 5 page paper quickly turned into 8 pages, because I had so much to say. And then, I even decided to write an article about it. I'm not obsessed. You are.

The Force of Love at the source and center of existence has called forth the universe to discover itself. Forces weave the tapestry of our world, sewn together by sacred relationships.

And I began to think, what makes a sacred relationship? It isn't just a relationship full of love, or he would have said "loving" relationships. It's something deeper. Something purer. Purer than lust. Purer even than romance. It's when you have no walls. When you can sit and talk for hours instead of turning on the TV. When you can sit in silence. When you still get excited to see them, despite seeing them every day. It's a natural, instinctual relationship. One that you can't imagine not having.

These are also the scariest relationships, especially in the society we currently live in. It's cooler to hook up and ghost someone than to admit you're in a sacred relationship. And, as I previously said, a "sacred" relationship isn't about romance. But, when you live in a culture that tells you not to get attached to a significant other, it teaches you that you can't get attached to anyone.