"My whole life is an embarrassing moment." 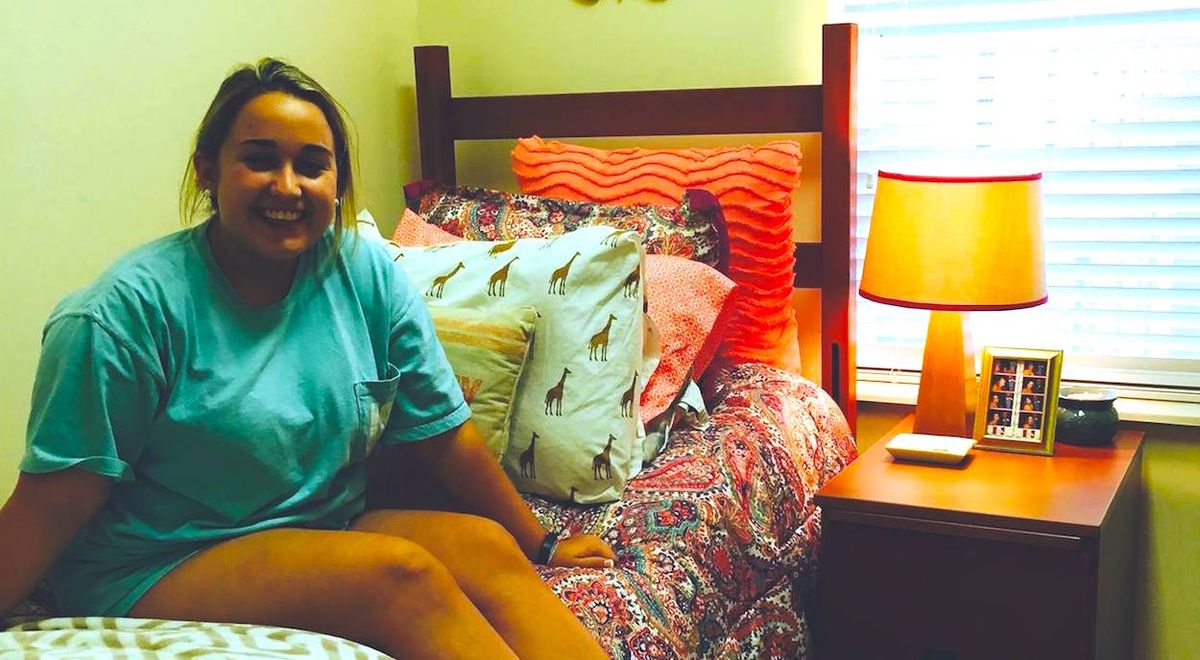 "If you didn't do something even remotely embarrassing your freshman year of college, did you even go? Students shared their most embarrassing moments as a freshman. Hopefully, these will make you feel better about that cringe-worthy freshman moment you can’t get out of your head.

1. “During a snowstorm, I decided to take a nap on the communal couches of my community college and apparently in my sleepy haze I took my pants off and woke up in just my boxers with my pants kicked to the edge of the couch. I saw a bunch of pictures in my engineering class the next week.” –Norman

2. “I cried when this random guy starting eating from my Chinese delivery dish that I brought to the library to eat during finals week. He clearly didn’t get the social cue, and the stress of finals really hit me!” –Ashley

3. “I'm trying to find my first class of the day and I get to the classroom and find a seat only to find I'm in a completely different building from my classroom and I have to rush to the other side of campus in under 10 minutes. I'm freaking out at this point and look like that kid everyone in elementary school makes fun of for running through the halls with their bookbag on and their arms held out straight behind them. I'm crossing the main bridge on campus and I trip up the stairs in front of several members of the football team. My papers, books, and a variety of other items sprawl all across the stairs holding everyone up.” -Mikaela

4. “During a house party at my boyfriend's place, I wore my favorite pair of jeans and was about an hour into the party, dancing and enjoying myself. When I bent down to pick up a pong ball, my jeans completely ripped at the crotch. I ran to my boyfriend completely panicked, and walked the 10 minutes back to my dorm to change.” –Kayla

5. “I was halfway through Spring semester finals week. I arrived at my biology lecture exam which was in one of the gymnasiums and there were easily two hundred desks. So, I took my spot and waited for the exam to be distributed. They were passed out in silence, and when I finally got a look at the exam, I was horrified. I was in the wrong exam. But I was too scared to get up and leave, so I sat there and took this ridiculously long exam for a class I hadn't even taken. I handed it into one of the teaching assistants up front after people started turning in exams, almost in tears as they too the Scantron from me. I full on sprinted out of the room to arrive late to my actual exam, which luckily I finished and did well on.” –Nina

6. “I got in the habit of ditching my early morning class and one day I emailed my professor letting her know that I’d be missing class because I was sick. Lo and behold, I ran into her later that day on my way back from Target. She told me I looked a little red and feverish and even though I was perfectly healthy I had to go along with it.” –Maria

7. “It had been raining heavily and everything was slippery and wet. I was on my way back to the dorm after my last class. As I was approaching the side door of Mcwalsh, my stupid self decided to walk over the slippery storm sewer and there went my two feet and I landed straight on my buttocks. What was most embarrassing was that this happened during the prime time when everyone was getting out or heading to their respective classes. Yeah, it is etched in my memory.” –Umadevi

8. “I always take notes on my Mac in class, which means I can get away with using iMessage without anyone knowing I’m texting. My best friend was telling me about this guy she was talking to. Obviously, when he sends her a nude the first place it goes is to me. Unfortunately, that meant everyone behind me saw this naked man’s mirror pic and his giant you-know-what. I slammed my laptop shut so fast.” -Rachel

9. “Honestly, my whole life is an embarrassing moment.” –Anne

10. "This isn't related to academics in any way possible, but it still haunts me to this day. I was meeting up with a guy I had been talking to on Tinder. This was my FIRST time ever meeting up with a Tinder match and it was probably a month into school at the most. Anyways, I decided to meet him in the library because that's a central meeting place that a couple first-year students could easily find. I'm waiting and waiting and this guy doesn't show up. I message him and he says he's sitting down on a bench, I look around and I don't think I see him. I go up to the guy I'm guessing at this point is him. I say hey and he says hey back, we awkwardly stand there for a minute and then I say, "I was just sitting right over there." Then I realize this isn't the guy I was going to meet up with and I just don't say anything else. I leave, without saying anything else to the first guy, and realize the guy I was waiting for was outside the library the whole time. I tell my guy about what happened and he laughs, then tells me that it'll be okay because I'll probably never see him again. WRONG. I end up running into the other guy multiple times throughout the next two years, including once at a house party. As for my Tinder guy, I never saw him again and it obviously didn't work out." -Sarah

11. "I ended up getting a little too lit with my RA and ended up trying to skateboard in his dorm and fell on the beer pong table. " -Marie