You too could have a Meghan Markle fairytale 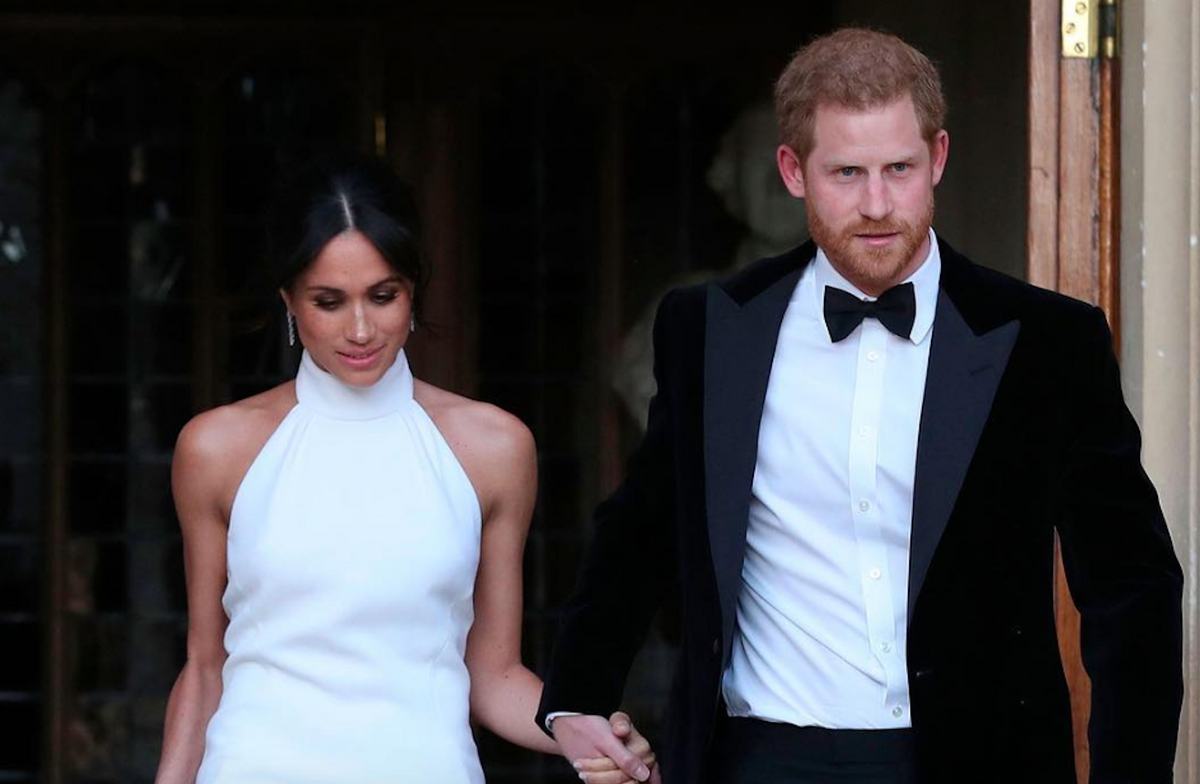 Prince Harry's royal wedding is officially over and there won't be another British royal wedding for quite some time now, as Prince George is way too young to start thinking about that. Fortunately, there are plenty of other countries with plenty of other princes that are still eligible bachelors at the moment. Lucky for you, I did my research and compiled a list of all the eligible princes you need to know about know that Prince Harry has tied the knot with Meghan Markle.

Prince Louis is the third son of the Grand Duke Henri and Duchess Maria Theresa of Luxembourg. He has recently become a bachelor again after his separation with his wife of 10 years, Princess Tessy.

Fun Fact: He graduated from Richmond, The American International University of London with a BA in Communications. He can also speak Luxembourgish (the fact that's even a language is fun fact by itself), French, German, and English fluently.

Prince Sebastien is the youngest child of the Grand Duke Henri and Duchess Maria Theresa of Luxembourg, so if you marry him, you'll probably never actually be queen because he's pretty far removed from the throne. However, he's relatively young and single, so best of luck.

Fun Fact: For some bizarre reason, this prince actually went to college in Ohio. He played rugby and graduated from Franciscan University of Steubenville in 2015. Now, he is back in his home country and is an officer in the Luxembourg Army.

3. Prince Phillipos of Greece and Denmark (34)

You read that correctly, Prince Phillipos is the prince of not one, but two countries. He is the youngest son of King Constantine and Queen Anne Marie of Greece and Denmark. Unfortunately, Greece abolished their monarchy, so he's a prince in name only there.

Fun Fact: Like Prince Sebastien, Prince Phillipos also went to college in the United States. He earned his B.A. in foreign relations from Georgetown University in 2008. Fortunately, for us American girls, he is actually still living in the US and he works in New York City as an analyst at Ortelius Capital.

Ever heard of Thurn and Taxis? No? Me neither. Anyways, Prince Albert is from the House of Thurn and Taxis, which is essentially a very old German aristocratic family. He is the son of Prince Johannes XI of Thurn and Taxis and Countess Gloria of Schonburg Glauchau. His family is well known for their breweries and castles, so unless you're gluten-free, you can't really complain.

Fun Fact: He's not just a prince. He's also a racecar driver and 10 years ago he was ranked 11th on Forbes Magazine's List of The 20 Hottest Young Royals.

Prince Mateen is basically like all the guys you already know, except he's royalty. He's the prince of Brunei, which is a small country on the island of Borneo, south of Vietnam. He is one of the five sons of Sultan Hassanal Bolkiah, and he also has seven sisters. Maybe that's a little different than the guys you know, but one thing he takes very seriously, just like most frat guys, is his Instagram.

Fun Fact: Mateen enjoys playing polo, flying in his private plane, cuddling cute wild animals, and keeping up his Insta game with 890k followers. You can follow him @tmski.

Sheikh Hamdan also has a killer Instagram with 6.3 million followers. Anyways, Sheikh Hamdan is the billionaire crown prince of Dubai and the second son of Sheikh Mohammed bin Rashid Al Maktoum, who is the prime minister of the United Arab Emirates and essentially the king of Dubai (Emir). He's actually next in line for the throne because his older brother died in 2015.

Fun Fact: Hamdan's hobbies include skydiving, zip lining, and diving, just to name a few, so if you're an adrenaline junkie, Sheikh Hamdan is the prince for you.

Prince Hussain is the son of the extremely beautiful, Queen Rania and Abdullah II of Jordan and next in line for the Jordanian throne. At 23, he's already a second lieutenant in the Jordanian Armed Forces and he was the youngest person ever to chair a UN Security Council Meeting

8. Prince Constantine-Alexios of Greece and Denmark (19)

Like Prince Phillipos, Prince Constantine-Alexios also has two countries. Lucky for us though, he is also living in the US right now attending Georgetown University in Washington D.C. (like pretty much every other prince, amirite?) He is the oldest son of Crown Princess Marie-Chantal and Crown Prince Pavlos of Greece.

Fun Fact: He's Prince William's godson, so that's pretty neat. However, if that wasn't cool enough, you might like to know that this Greek/Danish prince was actually born in New York. Oh yeah, you can also follow him on Instagram @alexiosgreece where he has 88.7k followers.

Fun Fact: Prince Joachim has degrees in economics, management, and finance, but he decided to join the Nautical School in Brugge after completing college and is currently an officer in the Belgian Navy.

Hope is not lost for all you girls dreaming of finding a Prince Charming that's literally a prince. After reviewing the data, my best advice is to transfer to Georgetown where princes are basically around every corner.