8 Signs That You're A Tomboy

You know, the manly kind of girls. 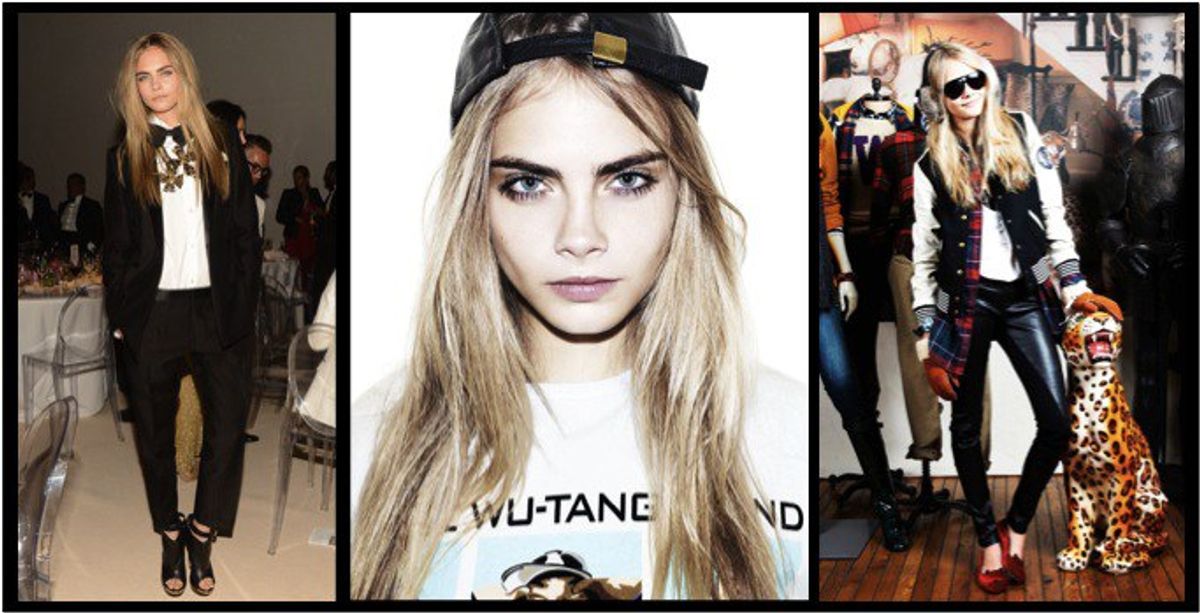 If you look up the definition of a tomboy on dictionary.com it reads, "An energetic, sometimes boisterous girl whose behavior and pursuits, especially in games and sports are considered more typical of boys than girls."

I'd say that this is pretty accurate. I can say that with confidence because I am a tomboy and I always have been.

Growing up, my parents never required me to uphold gender roles. I was registered for Little League with the boys at 5 years-old and I walked around wearing a baseball cap, basketball shorts, and some type of baggy t-shirt until middle school.

I didn't learn how to put on makeup until I was 18, and a senior in high school, and I have yet to learn how to contour or put on eye shadow. My ears were pierced for the first time that following summer. I only know how to use a straightener and, just a couple of months ago, I finally learned how to braid my hair.

For years I thought that I was the only girl in the world who had this tomboy personality. Tomboys are rarely depicted in the media and the lack of role models growing up was disappointing. However, thanks to celebrities like Cara Delevingne, Alexa Chung, and Jennifer Lawrence, the tomboy persona is finally receiving the acknowledgement and acceptance that it deserves.

So, for all of my tomboys out there, here are eight signs that you're one of us.

Doing your hair means going out in a pony tail, straightening it, or just wearing it as is. Makeup is messy and frustrating. Jewelry gets in the way of all of your activities. And forget about fashion. You'd rather be comfy than be "in style" any day of the week.

2. Which means that you go natural for the majority of the time.

Screw the hair and makeup, life is easier when you don't have to worry about either. That's how you can recognize a tomboy from other girls. The tomboy is walking around like they just woke up.


3. But when you have to look the part, you know how to dress appropriately.

Meaning that throwing on a dress and heels is a chore, but you know how to do it when it's necessary.

Walking through a store with your friends is an immediate panic attack. Your friends know exactly what they want, what looks good, and how to thrift. You, on the other hand, are perusing around the store, praying that there is a men's section somewhere so you can look at something more up your alley.

5. You grew up playing and watching sports with the boys or [insert other manly activities here].

Growing up, a typical weeknight consisted of either sports practice, watching a game at home, or even going to a game. Sports lingo is your second language and, in some situations, sports still consume your life.

6. You choose beer over wine all the time.

Who wants to deal with a wine-induced headache after drinking a bottle of moscato or pay for some fruity drink that's $9 a pop? Instead, you go for the six pack of craft beer at Majestic Mobil or grab a pint at Hops. It's more manly, you know?

7. You genuinely have a hard time relating to other females.

This doesn't mean that you're a male trapped inside a female body, this just means that any conversation relating to beauty, fashion, or anything feminine is hard to contribute to. Hot guys though? Oh, we can talk about that all day long.

8. Sometimes you feel like you're alone on an island.

High school was hard, but college is a whole different animal. Sorority girls are the epitome of style and femininity. Then there's you, standing in the corner with your beer, shuffling in your five year old Vans, wanting to talk about the epic game between Ohio and Michigan State earlier that day.

At the end of the day, whether you're a tomboy or a girly girl, or perhaps in between, it's all about supporting each other and promoting girl power. But it's comforting to know that there's an exclusive, unspoken club out there for those of us who don't quite fit in with the status quo.

On that note, I need a beer.

QueenRadhi
The State University of New York at Stony Brook
3090