Being An Educator During The Trump Era

Being An Educator During The Trump Era

I promise your child will be safe in my classroom. 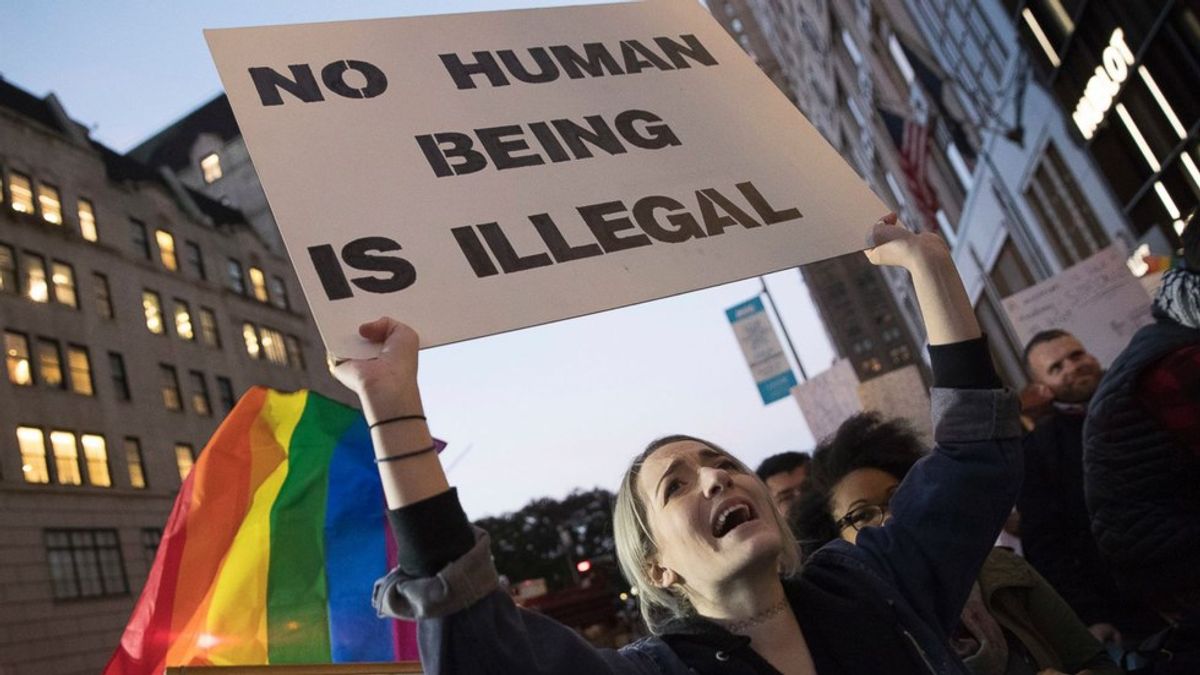 The debate as old as time, Republicans vs. Democrats.

Except now, we have a real issue at hand. Thousands of people across the country are in absolute disgust as Donald Trump becomes our 45th President as he won the Electoral vote. People are not particularly ecstatic about this Money-loving, "my father gave me a small loan of a million dollars" man, and more importantly, minorities are being targeted all over the United States as White Supremacist groups have risen from the shadows, and are taking the idea of Trump's presidency as an opportunity to segregate America and plunge us back into the dark ages

In less than two years, I will be an educator, it has always been my dream to know that I can influence a group of kids and make them shine with ideas and freedom of expression. Since Donald Trump was elected president not even a full week ago, kids as young as five are being targeted due to their race and ethnicity in schools.

The real question I have, is why is this happening?

Why did all of a sudden, people neglect all ideas of equality and abandon all hope of peace, to raise their children in a society filled with hate?

I have done my research and have heard stories from so many people of so many backgrounds about their lives since 11/8/16. These were some of the stories I heard;

A Muslim eighth-grader says other kids, including some who were her friends, have called her a terrorist. That's not something she's heard until this year.

A Hispanic student who was born in the U.S. says he's been told to "go back to the border" and "it's not right for you to be here."

Sunday, the phrase “Hang a n****r from a tree” was painted over a sign that said “equal rights.” Police are taking action against it.

A message of unity taken from a quote from activist Shaun King was painted onto a sign. It read, “Dear Muslims, immigrants, women, disabled, LGBTQ and all people of color, we love you boldly and proudly. We will endure.” Someone spray-painted Trump 2016 over it.

How do we make it safe for our kids? How do we approach a student in our class who is attacking a young Muslim girl for her traditional dress? How do we explain to a black boy why no one will play with him at recess?

One educator at Columbia College, a women's liberal arts school had something to say in regards to the women who enter her classroom. In a letter to her students, Dr. Jade Huell made aware that her classroom would be one without hate and without judgement. She made it known that she sees what is going on in the world, and how it affects everyone. You can read the full letter here.

"I just got off the phone with a student who was berated in class by a professor because she refused to acknowledge Trump's Presidency. I refuse to accept his presidency. It is hard to teach in this environment because while my instinct is to protect my students, I find myself needing to protect myself. Trump's rise has brought out the worst in America, the worst in humanity. I am still not prepared to confront the worst elements of our culture in my classroom. In short, I'm afraid for my students and I am just plain old afraid."

And to the parents of any future kids I have, I can promise you that your children will be safe with me. Your children, as well as myself, will not tolerate discrimination of any kind. I promise that my classroom will be a safe space for them to be free-thinkers, but also have compassion and love.

In two years, I will make a difference.