Earth Is Dying And We Are Watching

Earth Is Dying And We Are Watching

We are Earth's killers. She needs our help and love more than ever. 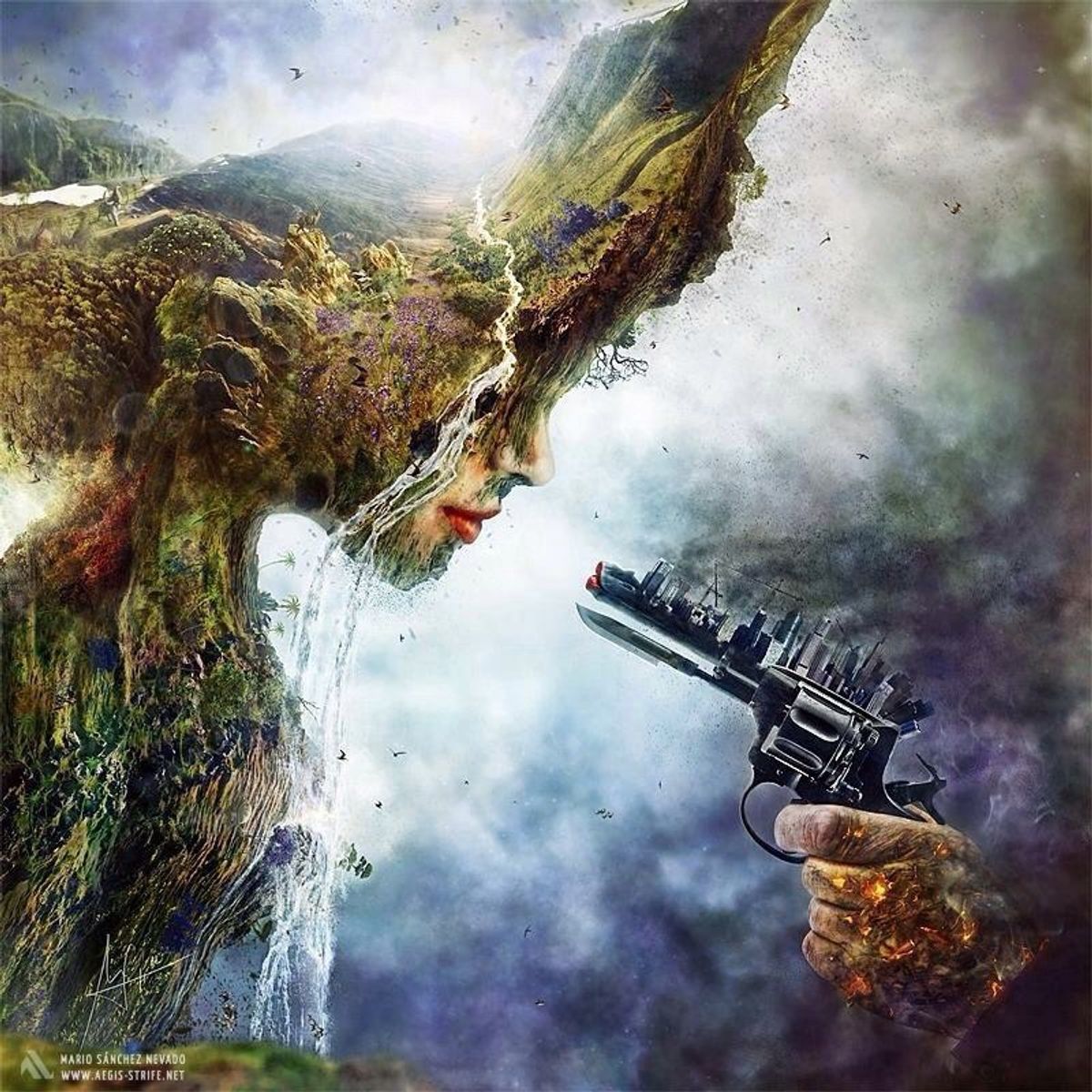 Day after day we decide to sit back and watch our planet die and contribute to the destruction occurring...and we're completely aware of our actions.

Simple things like driving your car to go two blocks, using an abundance of plastic every day, littering, and burning our trash are all examples of ways you pollute the planet daily. So why are we still doing it? If we know it is unhealthy for our Earth, why do we continue to let her die?

It is quite sad to see how awful our planet is being treated now. According to statistics, pollution is one of the biggest global killers, affecting over 100 million people. That’s comparable to global diseases like malaria and HIV. We are not only harming our home, we are harming ourselves!

I do not think that humans understand nor do they pay attention to the type of global destruction that occurs every day. Many areas of our planet are unsafe to live in or breathe the air from because of how densely polluted these areas are. Big factories, oil ships, and the production of toxic material and substances are huge factors of pollution today.

What is really baffling is the fact that all humans are so oblivious to how harmful they are to Earth. Every day, we are contributing to the pollution problem in this world, without even batting an eye. Humans are so blinded by what media wants them to pay attention to (politics, celebrity gossip, controversial situations, etc.) that they have completely forgotten about the state of our planet.

Think of it this way: Earth is the only planet we have to live on. If your house gets flooded or you get kicked out, there are other houses to live in or build. If your town is destroyed by a natural disaster, there are plenty of other towns or cities to move to. However, if Earth is destroyed or polluted to an unlivable state, there is nowhere else to move. There has been talk of moving to Mars, but after a brief period of research, there have really been no other discoveries. Mars was a possibility, not a promise. Some say Earth cannot be fixed. They say it is past the point of recovery. Science doesn't think so, though.

A recent study found that over certain countries, the ozone layer is actually healing rapidly! As exciting as this news is, it is a very rare piece of news. There are far more worse things happening to our planet than there are better. Some examples are the bee population having a spot on the endangered list. Bees pollinate our flowers and crops. Without bees, we have no food or plants. Also, there was recently another oil spill near the Gulf of Mexico, which is now spreading polluted water to the surrounding oceans, killing tons of sea life. The most common example of planet destruction you have probably heard of is the Dakota Access Pipeline. Government officials are trying to destroy a Native American property to build an oil pipeline through the soil. Fortunately, activists and the passionate Native Americans who live on this land are taking a stand, and fighting back.

There are many more pieces of evidence that prove our Earth is dying at a rapid pace, too. Even though saving the world seems a little far fetched, it is possible. All it takes is passion, love, and participation. If your destination is less than a few blocks, walk, ride your bike or carpool! Try using less water, electricity, and gas. Garden, and stop killing the bees that get into your house! If you see plastic/trash in the water or grass, pick it up. Recycling is a great and easy way to stop pollution, too. Depending on where you turn your recyclables in, you can earn money for it as well! So even though you think one person cannot make a difference in our world, it is untrue. It all starts with you. Take care of the only planet you have to live on. This is our home, and it is magnificent and beautiful. She doesn't deserve pollution.

Madison Franz
The Narrative
1109648
Photo by Brooke Cagle on Unsplash

Madison Franz
The Narrative
650695
Photo by Manny Moreno on Unsplash