Dropping Out of College
Odyssey

Dropping Out of College

We need to abolish the Electoral College permanently, even if way too many people are late to the party. 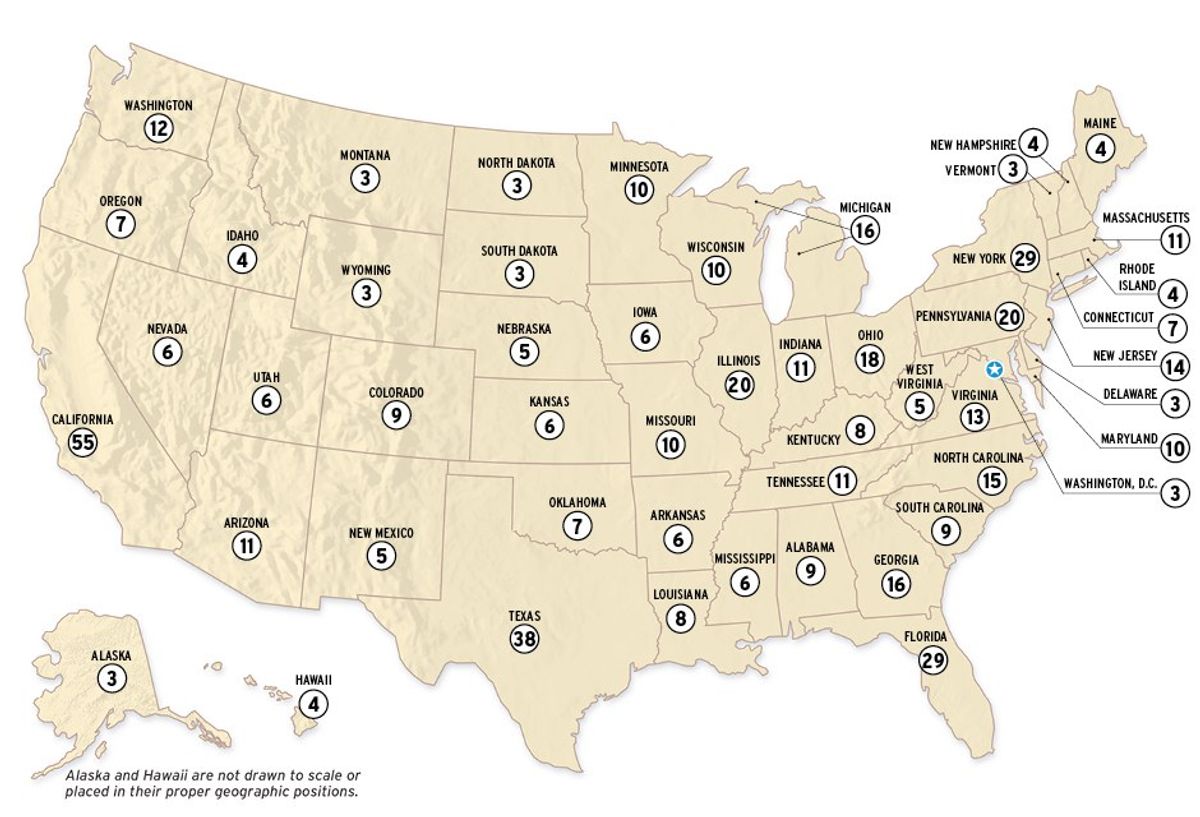 By now, this election has descended into Mel Brooks territory, with Springtime for Hitler becoming the worst's unlikeliest success despite all the inherent ugliness and shadiness that went into its creation (we haven't reached the point where the co-conspirators will end up in jail; time will tell). And though the areas of post-election debate are many, one that has shone through is the call for the abolition of the Electoral College.

It's not hard to see why: vote tallies now show Hillary Clinton leading by more than 2 million votes over Donald Trump, yet that won't change the Electoral College map with Trump winning over 300 of the 538 votes available. The reason being, these votes increasing Clinton's lead are coming from California, a state which has been blue since 1992 and also contains over 10% of the country's electoral votes and population.

But because Clinton lost, the call for the Electoral College to be abolished has been renewed, going as far as outgoing California Senator Barbara Boxer introducing legislation to do just that. If the entire reason for this is because of Clinton losing (and perhaps reviving traumatic memories of the Bush/Gore election), then allow myself to turn into Bart Simpson from the first Simpsons episode.

The truth is, the Electoral College has been terrible from the beginning, and the anger at it now from people wounded by this election (and the 2000 election) needs to be scrutinized. Apart from its racist history, it's also simply an awful way to elect the head of the executive branch. Such dissonance between the popular vote and the Electoral College happened with certainty a few times in the 19th century, but I guess we thought we papered over those problems. Generally, both systems have coincided with each other, and not once have they parted in the 20th century; some, like 1972 and 1984, were such blowouts in both (though the Electoral College was wildly disproportionate to the popular vote in both cases), that no one can say they were close. Some, however, were startlingly close in the popular vote; take the examples of 1960 (though there are some fascinating facets to it) and 1968.

However, there's evidence that we're clearly divided in regards to the electoral map recently. California, as big as it is, is now thoroughly Democratic on the federal level, just like Texas is with being thoroughly Republican. Since 2000, the map of the states has been pretty set (until this year, anyway). I shouldn't have to tell you why this is a problem, but here's an explanation why it is.

Perhaps the best reason to get rid of the Electoral College? We wouldn't be stuck with the heart-killing drama of the hanging CHADs or this recent nugget of news (though there's been some dissent). But it would also help mitigate the effects of the Voter ID laws that have proliferated, especially after the Shelby County v. Holder decision. However, it's time to finally say that Democrats dropped the ball on this considering that there are ways around Voter ID laws, such as providing everyone with an ID as shown by other countries or establishing a voting-by-mail system which a few states have already passed.

So, what do we do? Since abolishing the Electoral College would require changing the Constitution, a new amendment would need to pass, which is unlikely to happen. There's a movement to change to the popular vote, so we'll where that goes. Personally, there are systems that I find much more preferable when it comes to government and how we elect and vote, but that's just me.

However, it's obvious what must not happen: What's happening now with the specter of recounts. The fact that Jill Stein is leading this effort (and here's just one example of Stein's intense dislike of Clinton) is bizarre enough. However, even if there's substantial wrongdoing, the real reason that this is a horrible decision is because of what could happen. The people committing hate crimes are emboldened enough. We obviously need to combat our new reality, but we need to remember what some people were prepared to do before the election ended. And lest we forget, this is Hillary Clinton we're talking about. I (and here's just one other voice) aren't shedding tears over the fate of the Clintons. There's at least one opinion about who the Electoral College should vote for, but this time, such actions are foolish. Trump is horrible; there's no denying that. But are we prepared to deal with the consequences of our actions? (On a separate note: I recently watched Clinton's breakthrough moment in 2008 when she spoke in New Hampshire, and that was a genuinely good moment. Too bad 2016 saw, to use just one example, this version of Clinton.)

This whole insipid affair with the 2016 election is doing the American people a massive injustice. To put this into context, Gallup has shown that for years, the majority of people don't want the Electoral College. So let's get rid of it, but let's do it with earnest.