Drop Your Anchors In Bloom
Odyssey

Drop Your Anchors In Bloom

Chart you course. Find your place. Drop your anchor. 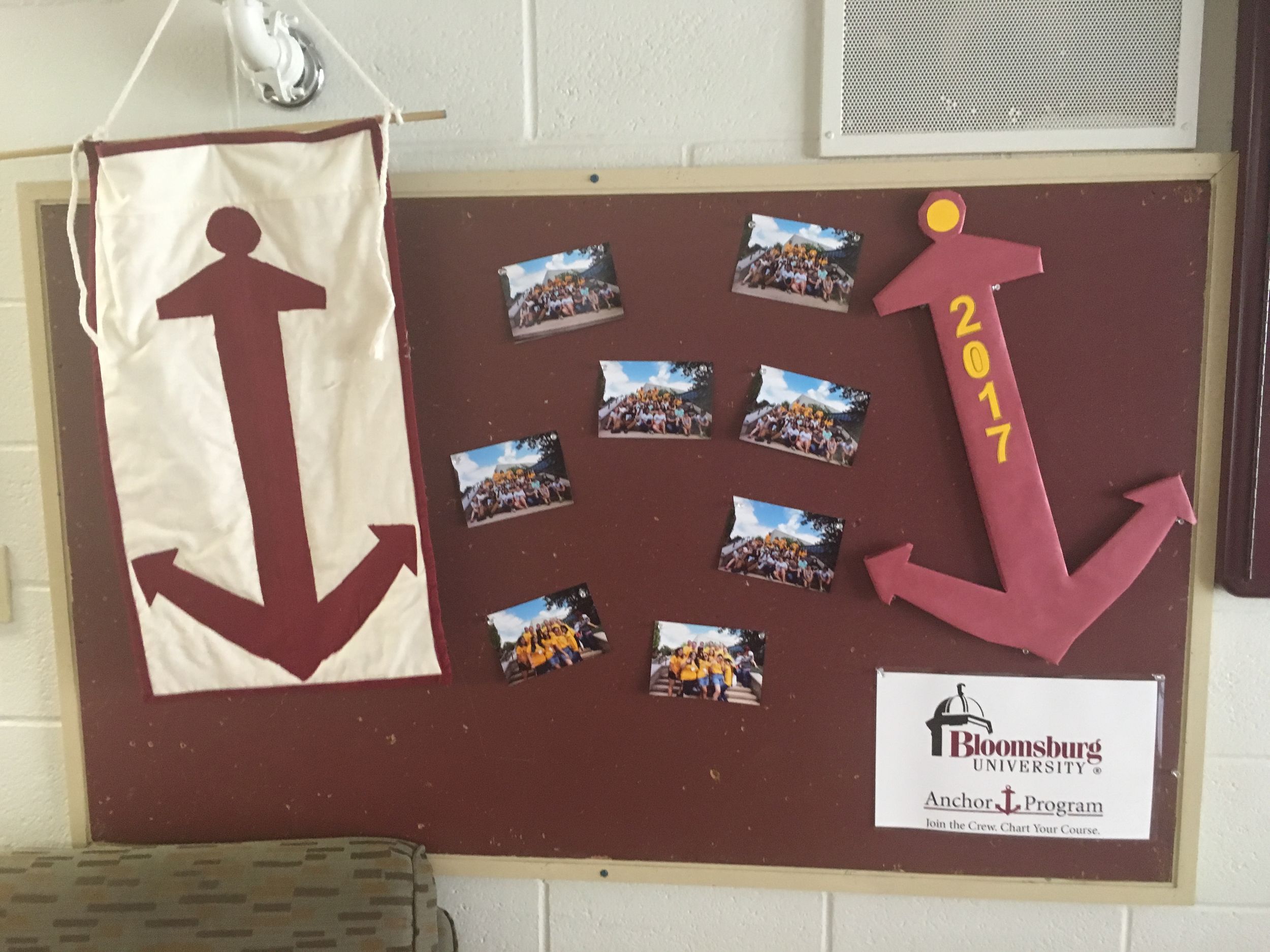 This summer I got the honor and privilege to work as a Crew Leader for Bloomsburg University’s brand new Anchor Program. By the end of the week, I was actually crying because of how one single week managed to impact me so much. Let’s jump back in time a little though.

I first found out about the program in the first week of May from my boss of my other on-campus job. I stopped in to ask a simple question and I left the office with an email forwarded to me about a possible, new, vaguely described job happening in July. I mulled it over, did some research on the program, sent some emails to the contact person, and on the day that applications were due I turned in my application with maybe two hours to spare. Then came several weeks of waiting and finally a job offer…and then more waiting, but finally the program began.

I’ll be perfectly honest, I had no idea what I was in for going in. I knew bits and pieces of the program. The ages of the kids we would be working with, that they are involved in the foster care system, that we would be living in a dorm without AC, and little else. I was kind of intimidated while sitting through training. I knew two other Crew Leaders, somewhat, and everyone else seemed to be grouping together already.

But once the kids (and I use this term loosely since we had several 18-year-olds with us) moved in everything changed.

I had no idea that this program I happened to stumble upon would change me so much. I mean, for a good portion of the week I referred to us as a top-secret spy program due to media limitations. I knew, and still know, very little about the foster care system, to be honest, but I learned from these individuals that were wise beyond their years. They told us stories, both good and bad about their lives. We were with them for a week, and by the end, they trusted us enough to open up to us. Yes, some stories we were not prepared for and they really impacted when we were told them, but we listened and learned.

The common stereotypes of foster kids are that they are bad kids. That they did something that placed them in foster care. That they weren’t smart. That they won’t make anything of themselves. These stereotypes can’t be farther from the truth.

Throughout the week, the kids expressed themselves through workshops led by university professors, staff, and local volunteers. We, as the Crew Leaders, participated as much as we could, but we did a lot of observing and learning. We learned that they wanted to become lawyers, nurses, cops. We learned that they were pleasantly surprised to find out we all were nice and not stuck up or rude as expected. We learned that even those with the toughest exteriors were, in reality, our most caring participants.

At the Closing Ceremony, many of our participants lined up to speak about what this program meant to them. We cried. I will openly admit that they made me cry. And laugh. And smile. We were proud when one of our participants announced to the whole crowd that they intended to go to Bloomsburg for a double major in Psychology and Criminal Justice.

We didn’t say goodbyes, we said, “We will see you next year.” I am proud to have been a part of this amazing program and I cannot wait to help it flourish even more in the coming years.