“I Don’t Want Your Open Buns On My Counter!”

“I Don’t Want Your Open Buns On My Counter!”

How my house went into utter pandemonium in less than 10 minutes. 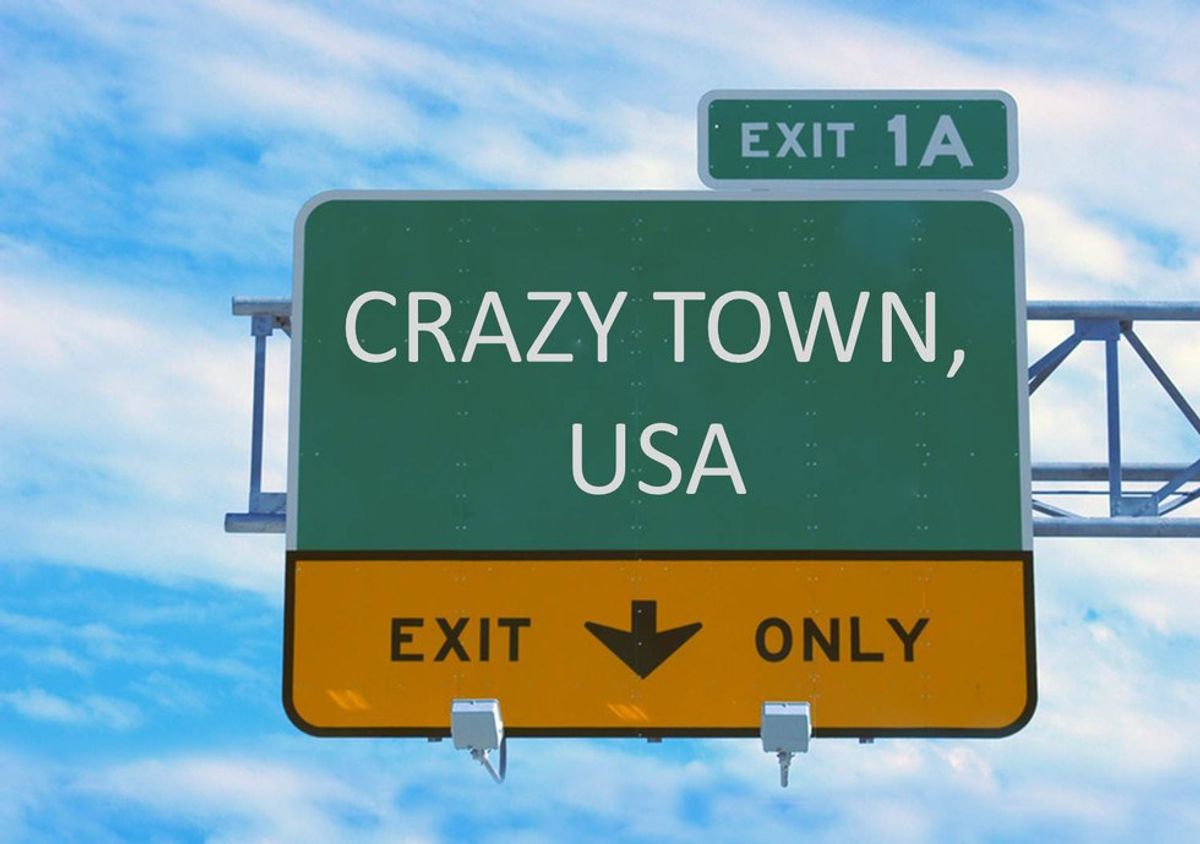 It was just like any other Saturday night. Everyone was enjoying the weekend, relaxing and forgetting about homework for a little while.

This particular Saturday, my friends and I were especially exhausted from our studies. School had kicked us in the butt the last few days, and we were deliriously tired. At this point, we had lost all sense of rationality, and everything was unnecessarily hilarious.

There the four of us were, in my living room, playing one of our favorite card games, Dutch Blitz, which is an extremely stressful and fast-paced game that makes all its players amped up and excited. So we were already in a state of intensity and hilarity, right?

Then three of my housemates and my roommate’s boyfriend walked in the front door after spending the day in Portland. (I might add that all four of them are theatre majors.) Of course, they were also in an excited and crazy mood, as most college students are on a Saturday night. We soon began greeting and hugging them profusely, with lots of cheers and shouts.

Within minutes, my roommate’s boyfriend, who was singing along to the Hamilton musical soundtrack playing in the background, accidentally stepped back on our rotating fan and broke it. A loud cracking noise echoed through the room.

The excitement in the room only increased. Soon everyone was shouting, asking why he hated the fan so much that he would crush it so cruelly. (My house is filled with sarcastic geniuses.) Though we were all devastated by the destruction of our rotating fan, we very quickly switched our focus to my roommate, Hannah. She had just walked into the room, jokingly shouting, “WHY are my hamburger buns on the counter?! WHY is the bag open?! WHO DID THIS? WHY ARE MY OPEN BUNS ON THE COUNTER?! WHEN DID I SAY IT WAS OKAY FOR MY BUNS TO BE EXPOSED ON THE COUNTER LIKE THIS?!” Again, my roommate is a theater major, so she maintained her composure while asking us these seemingly suggestive questions, which made everything all the more hilarious.

The four of us who had previously been playing cards collapsed into an uproar of laughter. Between our loud cackles and gasps for breath, we responded with shouts of “I DIDN’T TOUCH YOUR BUNS, I SWEAR!” or, “DON’T LEAVE YOUR OPEN BUNS JUST LYING AROUND EVERYWHERE!” or my personal favorite, “THERE SHALL BE NO OPEN BUNS LAYING ON COUNTERS IN MY HOUSE! THAT IS WHERE I EAT, YOU ANIMAL!”

For some reason at the time, this seemed like the funniest thing in the world. One guy was in the fetal position on the floor, clutching his stomach as he continued to cackle. Another literally began to weep because he was laughing so hard — this was the first time I had ever seen him cry. My friend, Danielle, and I began to roll and flop uncontrollably on the furniture around the room, like two frantic animals who didn’t know what to do with their bodies.

But don’t worry, it got worse.

Not minutes later, my other housemates, who had left the room earlier and missed the bun fiasco entirely, ran out of their room screaming/singing along to “I’m Gonna Be (500 Miles)” by the Proclaimers. (You’d recognize the song if you heard it.) Danielle and I, of course, obligatorily joined along in the screaming/singing, each claiming by instinct our own designated parts to sing.

Our guests were surprised at our automatic ensemble of music, (though it’s common for our entire house to sing loudly to a song.) So, as we filled the room with our cacophonous melodies, our guests sat there in shock and amazement, clueless as to what exactly was happening, which made the situation even funnier.

After the song had finished, we all continued to laugh and scream in joyous hilarity at our own ridiculousness. But it still wasn’t over.

We resumed our game of Dutch Blitz, maintaining our giggly hysteria, but then my housemates returned yet again with more yelling. One girl ran in with the other’s jacket and headed directly for the fireplace, threatening to throw it in (even though there was no fire.) She stopped just before doing it after the girl dramatically pleaded her not to. Then, they both retreated to their rooms once again, leaving us card-players with still more confusion and hysteria.

We turned again to our card game, prepared to play another round, but all stopped and looked at each other and almost in unison said, “What just happened? What even happened during the last ten minutes? How did SO much happen in such a short amount of time?” And, as you may be able to guess, these questions sent us into yet another fit of laughter. We were goners.

This may not seem to deserve the amount of laughter that occurred that night, but at the time, these ridiculous events combined with our fatigue made for an unprecedented hilarity.

Honestly, what did even happen in those 10 minutes?

I’m not even sure. But what I do know is that this is only one of hundreds of similar experiences I’ve had since coming to college. It just happens to be one of the more memorable ones.

College is such a splendidly weird experience. It’s the hardest and most unfamiliar thing I’ve ever done, and at times it’s painful and confusing. However, I’m only in my second year, and it’s also been incredibly rewarding and joyous. It’s moments like this that remind me how unique and wonderful is this time of my life and what a joy it is to live with the people that I do.