6 Things You Shouldn't Say to Someone With Social Anxiety

6 Things You Should Never Say Someone With Social Anxiety

I didn't choose to be this way, and acting like I did just makes it worse. 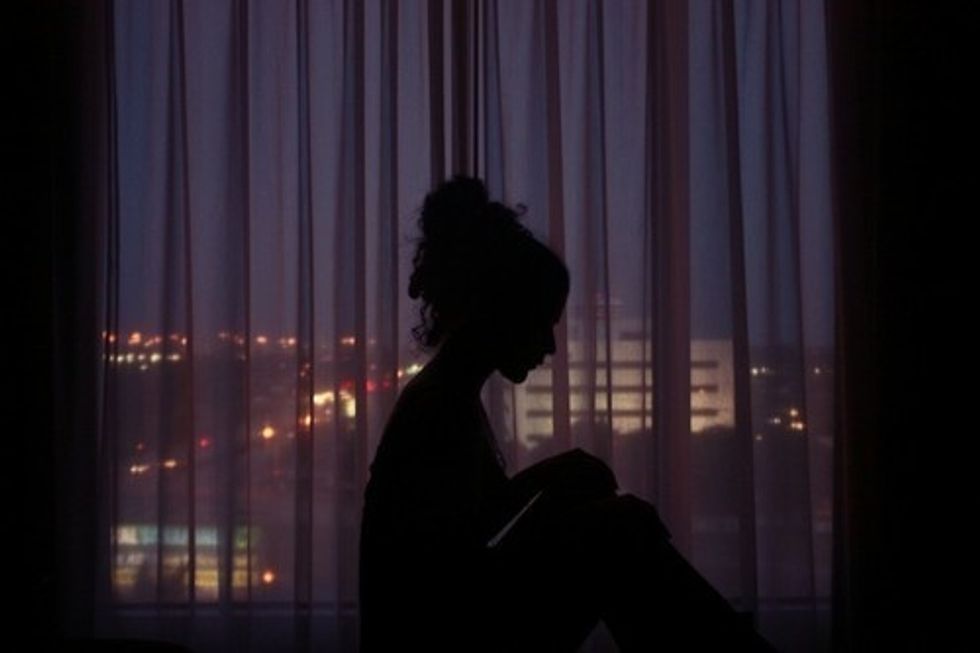 Those of us who struggle with social anxiety know that is in no fun at all. I mean, who wants to feel such severe anxiety at the thought of talking to a stranger that they feel physically sick? Does anyone actually enjoy analyzing the way they said "thank you" to the cashier (or even worse, got too flustered to say it at all)? Do people like to feel like a failure after every social interaction?

Of course not. If you don't suffer from social anxiety, this might all sound a bit crazy to you, but this is the reality of life for many people across the world. According to the Social Anxiety Institute, "social anxiety is the fear of being judged and evaluated negatively by other people," and it is the third largest psychological disorder in the U.S. (right after depression and alcoholism). Its most common symptoms are feelings of anxiety and discomfort in social situations, which can lead to feeling inadequate, inferior, self-conscious, embarrassed, humiliated, and depressed.

If you have social anxiety, all of this is old news to you. If you don't, though, then you should know that there are a lot of things people with social anxiety get told all the time that are really frustrating to hear. Use this as a list of things to avoid saying to your friends with social anxiety. You might mean well, but it doesn't help. Really.

Before I get into this, just remember that this article is about social anxiety, which is not necessarily just "being shy" or antisocial. There may be people who have tried some of these things and had them work, but those people probably didn't have social anxiety!

"Just talk to people! If you put yourself out there, it will go away!"

Wow, you've solved all problems! I guess I never thought about that! Despite the fact that I my hands shake at the thought of starting a conversation with a stranger, and my communication skills are poor at best, "just talking to people" will solve all my problems, right?

I think we all know this isn't true. While this might work for someone who simply refuses to talk to people out of pettiness or something, this is often the hardest part for people with social anxiety. Forcing yourself to talk to people more will not make that anxiety go away. "Putting yourself out there" won't make everything better. It may heighten the feelings of anxiety, actually.

Instead of this, try offering to talk to people with your friend who has social anxiety. Sometimes, not having to do much of the talking to ease someone into a social interaction and help them to feel more at ease, especially when they're with a close friend. Having someone else next to them can help them get rid of the feeling that they're being watched and judged.

"You're making a big deal out of nothing. It can't be that bad."

Of course not. Personally, I think this is a bit of a ridiculous to say to anyone, under any circumstances, just because it's always better to take someone seriously and find out later that they were exaggerating than to minimize their feelings and find out later that they were actually struggling with something serious. No matter how unbelievable or pointless they seem to you, no matter if you think they shouldn't be felt, no matter if you think they're wrong, people's feelings are always valid, and just because you don't understand them doesn't mean you should ridicule them. You can't know what's going on in someone else's head, and even if they seem fine on the outside, they could be struggling a lot on the inside. If someone tells you seriously that they're struggling with social anxiety, it took a lot for them to work up the courage to tell you that. They're trusting you, being vulnerable, and when you downplay their feelings, it hurts them. It reinforces the idea that everyone is constantly judging them, which feeds their anxiety. Worse, it makes it so much harder for them to trust someone again.

It's almost as if it's a mental health condition or something. You know, generally, mental issues do tend to happen in your head. Because, you know, that's where your mind is.

For real, this is a ridiculous thing to say to someone. Anxiety disorder is a real, medically diagnosed thing. You know what else is technically "in your head"? Depression. Schizophrenia. Dementia. Autism. All things that very clearly affect a person in real ways. Just because you can't see physical manifestations of something doesn't mean it doesn't affect a person's life.

"You can't have social anxiety because you're so loud/funny/outgoing around our friends."

A common myth about social anxiety is that people who have it don't have any friends, but that's not true. People with social anxiety are capable of having friends. It just takes longer for them to get comfortable around people, but once they do, they are able to open up and not feel as anxious around their friends as they do around people they don't know as well.

Social anxiety is actually more than feeling nervous. As I pointed out above, it can have a very devastating effect on a person's state of mind, as well as cause all the physical symptoms of any type of anxiety (rapid breathing, increased heart rate, trembling, etc.). Nervousness is a symptom of anxiety, but it is nowhere near the same thing.

Luckily, we're not leaving off on that dismal note. If you think you might suffer from social anxiety, go get help. Talk to your doctor. Do a lot of research. There is help and there is hope. You don't have to live with crippling anxiety every day. If you need help, you can find it here, here, or here. Don't let anxiety hold you back. You can overcome it, I promise.