PSA for those who think spanking and saying "no" are always the right way to parent. 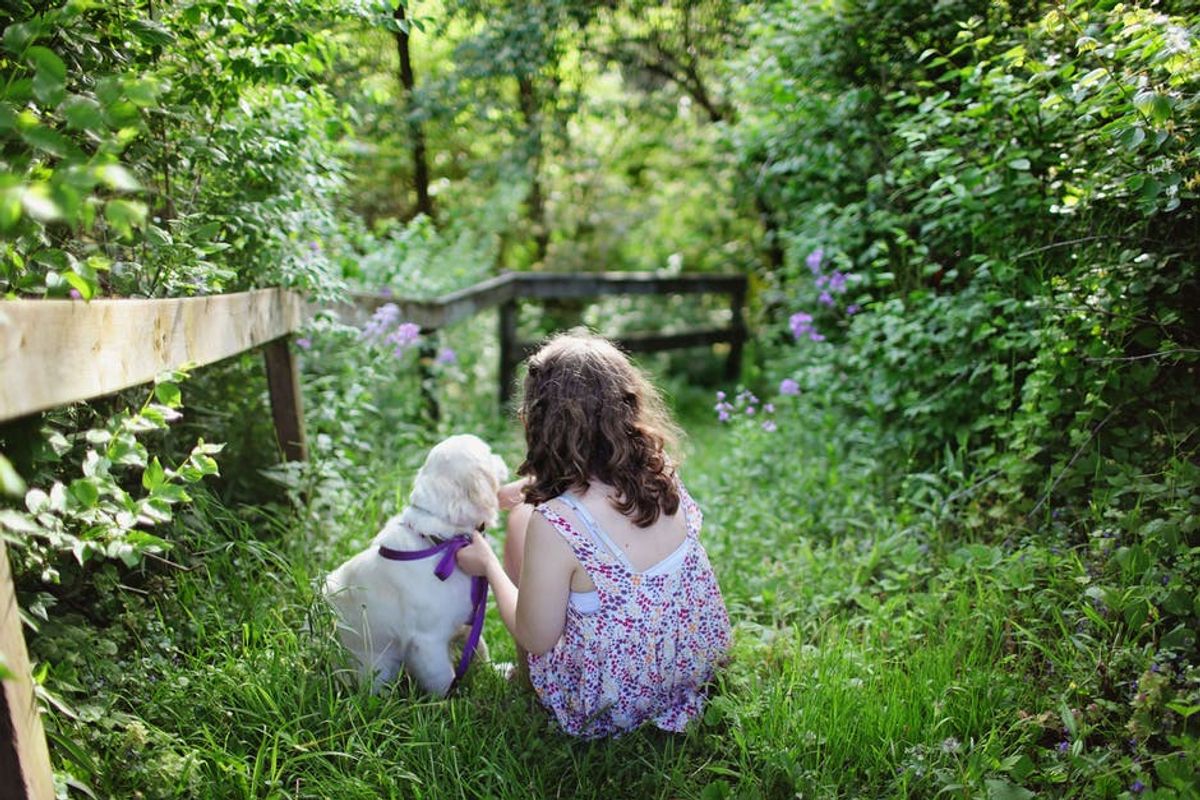 A fellow content creator, from The University of Nebraska-Lincoln, recently posted an article titled "Spank Your Dogs And Your Children If You Want To Raise Them Right." As I read it, I became more and more frustrated, so I decided I needed to respond. So, Dalle, here you go.

Here is just another public service announcement from yours truly. I just wanted to say that I read your article and here is what I think about it.

It's 2017 and while the world may be full of entitled and ill-minded pups, tots, teens and mutts, it is also a year where people like you state an opinion that really frustrates others. But unlike others, I refuse to sit back and only comment on Facebook. I needed to say something.

You start your article by saying this world is full of entitled people and dogs because as babies or puppies, apparently they are too cute to say "no" to. You state that Mom and Dad are afraid to discipline Fido and Emily because it may be "too mean." Well, did you ever think that Mom and Dad did tell Fido and Emily "no?" Did you ever think that maybe Fido or Emily just made a simple mistake? Did you ever think that maybe it doesn't matter how someone parents either an animal or a person that it won't change who or what they grow up to be because we all have our own personalities? Let me stop you before you answer, that would be a no. You did not think about that.

Next, you state, "I'm really sick of bratty children throwing the biggest tantrums in public because they got the wrong kind of ice cream." OK, so if their parent told them no, do you think that's going to help it? Do you think spanking them is going to help the situation? I'll go ahead and say it, yes, I do believe in spanking children, but only in certain situations. I personally came from a household where I got spanked a lot and I do mean a lot. However, I don't think spanking a child because they are having a meltdown over ice cream is worth it. It might even depend on the child's age. If it is a small child, they are children. They change their mind every minute when it comes to everything. Spanking them won't help the situation.

I'll continue. You then say you're sick of 12-year-old girls in crop tops. OK, what's your problem? So what if their parents allow them to wear it, why is it bothering you? Also, have you ever thought about the fact that maybe their parents did tell them that they could not wear it, but maybe they put something else on before they left the house and changed to what they wanted to wear whenever they got to their location? Hell, I did that with dresses when I was 15 or so.

You're sick of 22-year-old boys who think it's funny to disrespect women? Wow, me too. Let me tell you this. Some guys who disrespect women come from a household where they did get spanked and their parents did tell them no. If a man wants to disrespect a woman, he will. It doesn't make it okay though.

Now, this next one is what really got me heated. You stated, "I've had enough of dogs jumping up on me and licking me in the face." Um, I don't know about you, but that is the best feeling in the world. A dog licking you is a sign that they trust you. Why would I spank my dog for licking you? Now, if you were afraid of dogs or allergic and they were jumping on you and licking you and it made you uncomfortable, let me know and I will take my dog to the other room or I will politely tell them "no." But, if you just think that spanking a dog for licking someone sounds like a reasonable thing to do, then I don't want you around my dog. Stop saying that owners have no idea what they are doing. They do. Maybe you just don't know the difference between a loving animal and a disobedient animal.

People's shitty parenting is giving the decent humans of this generation a headache? How about your article gave a lot of people a headache?

Have you a moral code? I did not know that having a belt to your bare ass cheek a few times and a dog that listens means you have a moral code.

An Open Letter To My Friend Battling Depression