With the arrival of magic-heavyweight Doctor Strange to the MCU, can we finally anticipate a huge shift in the development of the Scarlet Witch? 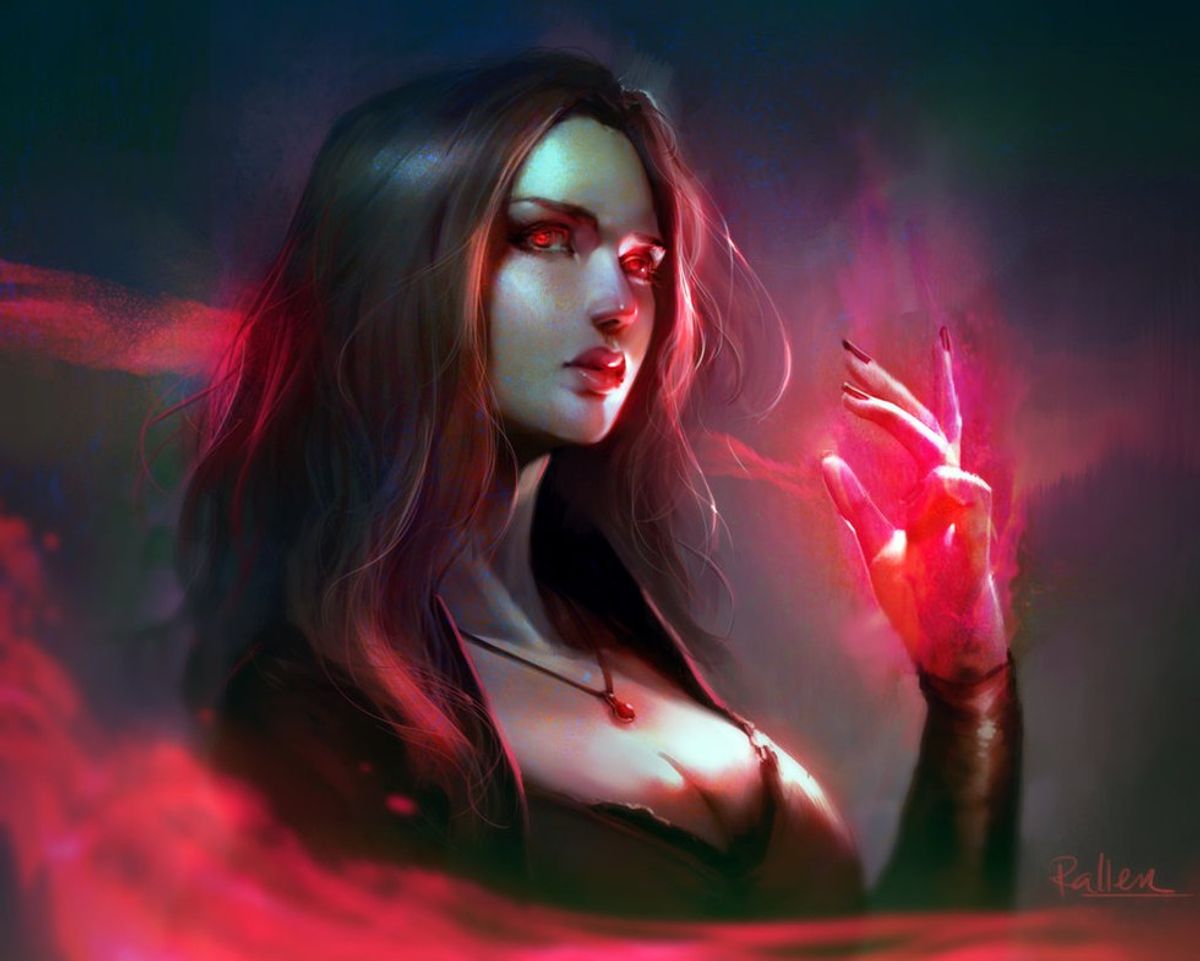 Ever since Scarlet Witch's cinematic debut in Avengers: Age of Ultron, I've been worried about the future of her character. Other than brief moments of mind control, arguably one of the most powerful women in the Marvel comic universe was reduced to a telekinetic. Fast-forward to Captain America: Civil War, and my fears seemed to be becoming more of a reality. Yes, she has grown stronger now that she can levitate and toss cars with the flick of a wrist, but there's so much more to Wanda Maximoff when it comes to her abilities. With the upcoming release of Doctor Strange only a little more than a month away, though, it appears that the future of the Scarlet Witch is looking much, much brighter.

In an interview with Comicbook.com, Kevin Feige, now-recognizable president of Marvel Studios, makes it clear now that her powers are indeed magic. Before, fans of the Scarlet Witch, who know that her entire character centers around magic, were worried that her powers would become more science-based since magic has been avoided for a long time in the MCU (Marvel Cinematic Universe. Feige, however, puts those fears to rest and explains how her powers differ from what we will see with Doctor Strange's magic:

"Her powers, she's never had any training, I'm talking about Scarlet Witch. She never had any training; she's figuring it out. Arguably, you could say that that's why her powers are much more chaotic and much more loose in the way that we showcased those light effects. In [Doctor Strange], some of what you might see today, even the cover of Entertainment Weekly, it's much tighter. It's all about focus. It's all about pulling energies from other dimensions in an organized and purposeful fashion, which is why they can do a lot more than she can in, at least, a much more precise way." -taken from Comicbook.com's interview

This statement from Feige is very promising because, first, he uses the word "chaotic" to describe her powers. For those who don't know, this is exciting to hear because in the comics, her powers center around what is called Chaos magic. What's most important, however, is how he refers to the difference between the magics of Scarlet Witch and Doctor Strange. By making it clear that "she's never had any training" and that her powers are "much more chaotic," Feige is retelling a major story that revolves around the Scarlet Witch.

Spoiler Alert: In the Avengers: Declassified story line, the Scarlet Witch secretly attacks her fellow Avengers through her ability to alter reality. When Doctor Strange comes in to assess the situation, he makes it clear that he knows Wanda is behind the attacks. Just like Feige states, he explains why, even though she is a kind-hearted, compassionate person, her access to magic with absolutely no training along with past traumas sends her over the edge.

Now, with Avengers: Infinity War coming up, the future for the Scarlet Witch is both troubling and exciting because we could be seeing a dark turn for her. It's now been confirmed by Feige that she has "chaotic" powers and that she lacks magical training, but there are also the past traumas that she still seems to be coping with; Wanda has lost all of her immediate family, most notably Pietro (Quicksilver), and she's already falling deeper into her guilt after causing that explosion in Captain America: Civil War. Add to the fact that the one person who seems to understand her (Vision) is more than likely going to perish in Avengers: Infinity War, and the future does not look good for the Scarlet Witch's psychological state.

What has been interesting me lately is the development of the Scarlet Witch. People have been on edge, wondering if she will become a powerful villain like she has in the comics. It seems to be going that direction, with those working for Marvel Studios constantly saying that her "powers are only growing," which could only mean that she'll grow more and more fearful of herself unless she starts to learn control.

Avengers: Infinity War has been cut down from being a two-part movie to a single movie, which leaves the possibilities for what Avengers 4 could be very open. Taking a big stretch right now, my hopes are that Scarlet Witch does in fact go bad. I want to see her break down and lose her mind and, hopefully, see Avengers 4 be some form of House of M movie (in this infamous story, Wanda reshapes the world, not just once, but twice). I'm not alone in those desires.

Even if that doesn't happen, the sheer fact that the character of Wanda Maximoff will finally be getting the development that she deserves is a huge sigh of relief. Once Doctor Strange is released in late September (U.K) and early November (everywhere else), a whole new world of possibilities will be opened up; then, by the time we see Wanda again in Avengers: Infinity War, a scene between Doctor Strange and Wanda should draw us closer and closer to seeing her unlock her full potential as the Scarlet Witch.