DIY-ing Is Good For The Soul

New products and time to reconnect - what could be better? 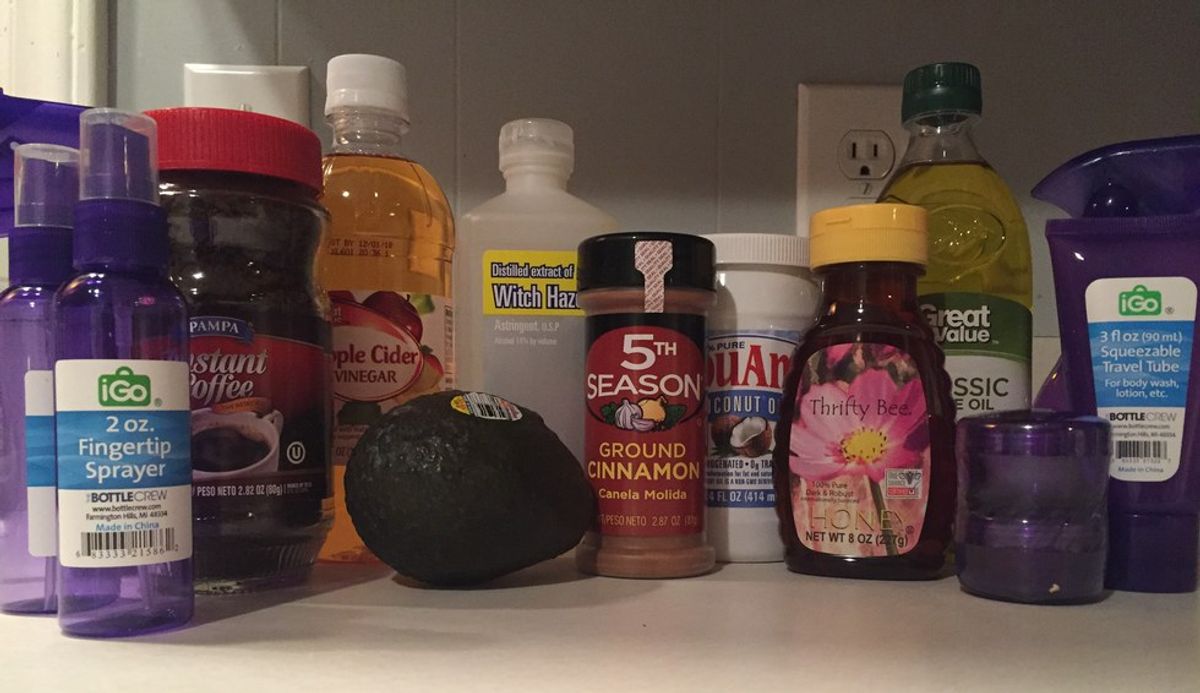 Ahhh Pinterest...the one site that can make me feel like a new, productive person while simultaneously capturing my entire being for hours on end.

During my time of owning a Pinterest, I have done little with the pins I have saved. So far, I have used Pinterest to simply admire how wonderful this workout would be if I could commit to it, or how beautiful those outfit ideas are (even though I would never in a million years wear any of it), but my biggest Pinterest draw comes from the beauty hacks/DIYs.

While battling a horrible case of cabin fever at home for the holiday's, I decided that a great way to spend my evening would be trying out a few of the Pinterest beauty DIYs that I have saved over the years. I then spent more hours than I would care to admit just scrolling through countless DIY suggestions and browsing different recipes for the least ridiculous lists of ingredients that I could find. For more inspiration, I reached out to my sister, who may have been dealing with a stronger case of cabin fever than I had, to also find a few recipes that she wanted to try.

Once our list of ingredients had been decided on, we packed up and headed out to Walmart where we found all of the items we needed (and then some).

My sister, Heather, and I attempted about 10 different DIY projects which left us consistently pleased with the ease of making the different things and we were impressed with our short-term overview of how well each thing worked.

Rather than listing off all that she and I did, I wanted to share the importance of actually trying some of the things you may save to try "later" - even though that later never actually happens.

These DIY projects left me with a home-made make-up remover, a new toner, a face mist, and some new ways to pamper my frizzy hair...but more importantly, I spent a few hours trying new things with my sister.

Working on this project was probably the longest time she and I have been breathing the same air and not arguing about something in longer than I can remember. I also had the chance to get to know one of her really close friend's way better because she joined us for part of our experimenting.

Overall, it was a refreshing experience - like taking a long walk - I got to spend a few hours mixing interesting things and then putting them on my body while bonding with my sister and finding small amounts of peace within myself.

Nicole Marie Nigro
Individual Creator
5431
c1.staticflickr.com
Where to start...... Let me start with the cliche that life throws us curveballs and what we do with it is what counts.