I Discovered The Stone Roses In An Airport, And It Was The Best Spotify Discovery I've Ever Had

I Discovered The Stone Roses In An Airport, And It Was The Best Spotify Discovery I've Ever Had

Is it bad that I remember it THIS well? 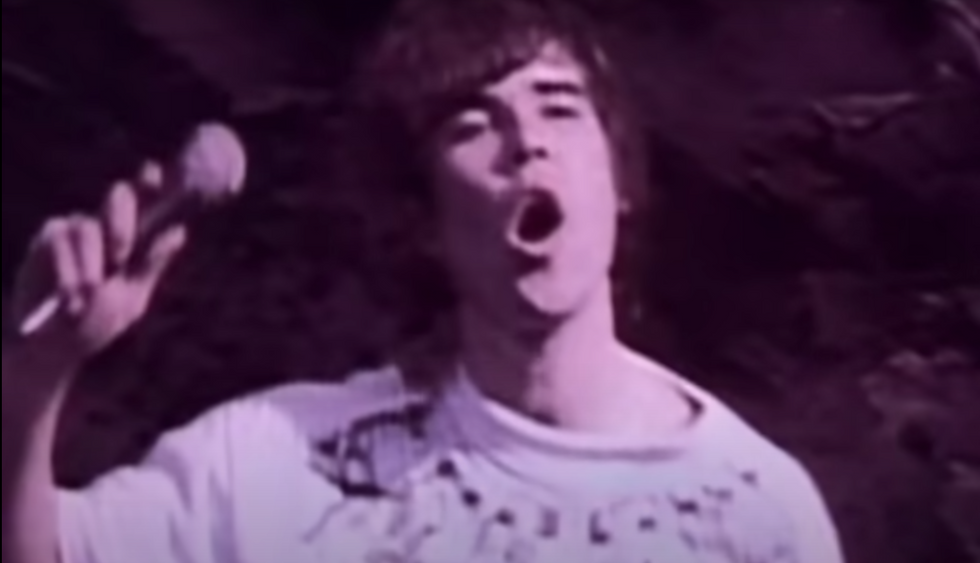 However, if you're me, then you remember exactly where you were and what you were wearing when you first heard a song by The Stone Roses. I was at Miami International Airport, wearing my The Smiths t-shirt paired along with my favorite pair of black leggings. (Pathetic, I know.)

My flight was delayed for two hours, so I resorted to music for some entertainment. After listening to an entire hour of Oasis, I thought it was time to move on to another band, but I just couldn't decide which band to go to.

Spotify is a gold mine for discovering some new tunes that are bound to become your favorite songs, so I decided to click on the magical "Artists Similar To Oasis" section, and a certain band called out to me, their name was: "The Stone Roses."

The Stone Roses' most-streamed song on Spotify was "I Wanna Be Adored," and since it was the most popular, I thought it would be the best song to start with. It had quite a slow start, the lead singer, Ian Brown, belts out his first word nearly two minutes into the song.

However, the intro of the song is where the magic was felt. The soft chords of the bass captivate your soul and make you forget about the world around you. As the soft bass builds up and intensifies, an electric guitar riff joins in, and at that moment, surely, fireworks exploded in my soul.

The first lyrics Ian Brown gently sings are: "I don't have to sell my soul/ he's already in me." Although I was not nearly finished with the song, I wanted to restart it and play it again because it felt like it was a song my soul was searching for its whole life.

It made me feel many things at once. It made me feel joy and excitement because I have just discovered a gem of a song. I felt a wave of anger because it took me an entire 20 years to discover this song. It even made me feel a tingling sensation. Surely, the tingling sensation may have been due to the fact that my headphones were a bit too loud, but it was most likely due to the fact that "I Wanna Be Adored" by The Stone Roses was the greatest song I ever heard.

As soon as the song finished, I played it again and again. Within 20 minutes of discovering the song, I had the lyrics memorized.

The song didn't only appeal to me with its musical aesthetics, but the song appealed to me with its lyrics. Although the lyrics repeatedly say, "I wanna be adored," it fascinated me when I realized that the lead singer did not want to be adored. The song sends out the message that wanting to be adored and worshipped is actually a sin.

The song provoked much thought within me. It made me realize that to an extent, wanting to be adored is quite greedy of us. We want someone to put all of their love and energy solely on us. That's quite greedy if you think about it. However, on the contrary, wanting to be adored and loved is only part of human nature. It is something we all crave.

Who knew that I would discover one of the greatest songs in Miami International Airport? I surely did not. I was grateful for my flight delay because it is what led me to discover what soon became my favorite band, The Stone Roses.

"I Wanna Be Adored" influenced me to listen to more songs by The Stone Roses, and I fell in love with so many other classics of theirs. I will always think of it as a song that held the key to a world full of my favorite music that I was soon to discover.