I've Started To Make Myself Dinner When I Crave Food, And I Am So Proud Of My Progress

I've Started To Make Myself Dinner When I Crave Food, And I Am So Proud Of My Progress

I push through the bad days because I know the next day will be better. I wake up and I move and go out and see friends and make myself dinner and I am happy. And I am so proud of myself. 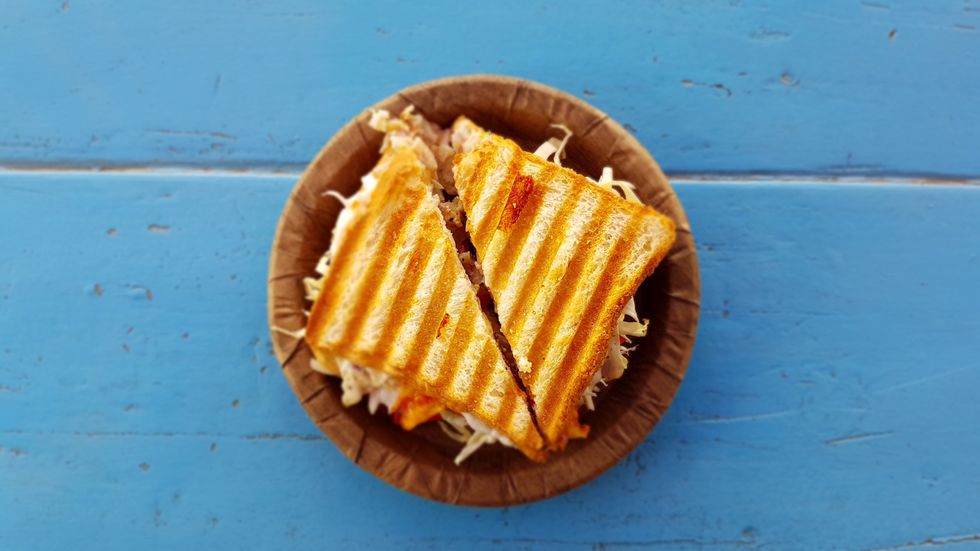 Photo by Asnim Ansari on Unsplash

This does not sound like a big momentous event, and it really wasn't, but in some ways it kind of was. See, last year or even six months ago, if I had woken up from a nap craving a specific sandwich you know what would have happened? I would have stayed put on the couch or the bed, growing hungrier and hungrier at the thought of this sandwich, but I would never have dreamed of getting up and making it. I would have told myself I didn't have the time to go to the store and I had more important things to do. Basically, I'd come up with any excuse not to move.

Does that sound lazy? Oh, you bet. But for ages, I struggled with depression and disordered eating (which I've talked a lot about before), so getting up from a nap to make myself food was pretty much a task straight from hell for me. But last week, I did it. I got up, went to the store, and made myself that sandwich right as I got home.

I know that it doesn't seem like a big deal, but I was so shocked by myself. I mean, just ask my mother: my summer was spent rotating myself from one couch to another to my bed and back again. I was not in a good place, mentally or emotionally. And I've been telling myself that now I am.

I've been saying I feel happier and more energetic; my friends say I look better and happier. But last week I really proved it to myself. I am better. I am happier. I was hungry, so I decided to eat. I wanted a specific meal, so I went out to the store to get what I needed to make it. I ate three grilled spinach and goat cheese sandwiches that night. Three. Whole. Sandwiches. (Now this is a very big deal from someone who was never able to finish more than half of any kind of sandwich for over a year.)

Despite the momentous sandwich day, I still have my bad days. There are still days where I don't want to eat and it takes too long to get out of bed. But those days aren't the norm anymore. They'll come the day after a big project was due or the morning after I went to bed way too late after staying up with friends.

The bad days come, but they no longer stay. And I'll be completely honest with you: I didn't think that was ever going to happen. I thought I was going to be stuck with one bad day after another for the rest of my life, that I would spend the rest of my life moving from one couch to the next and to my bed and back again and completely avoiding the kitchen.

But that's not how it is anymore. I push through the bad days because I know the next day will be better. I wake up and I move and go out and see friends and make myself dinner and I am happy. And I am so proud of myself.

Now if you'll excuse me, I'm about to go make myself a few more of those sandwiches.