I'm A Female And I Didn't Shave My Legs For 7 Months, Screw Societal Beauty Standards

And it's not really a big deal. 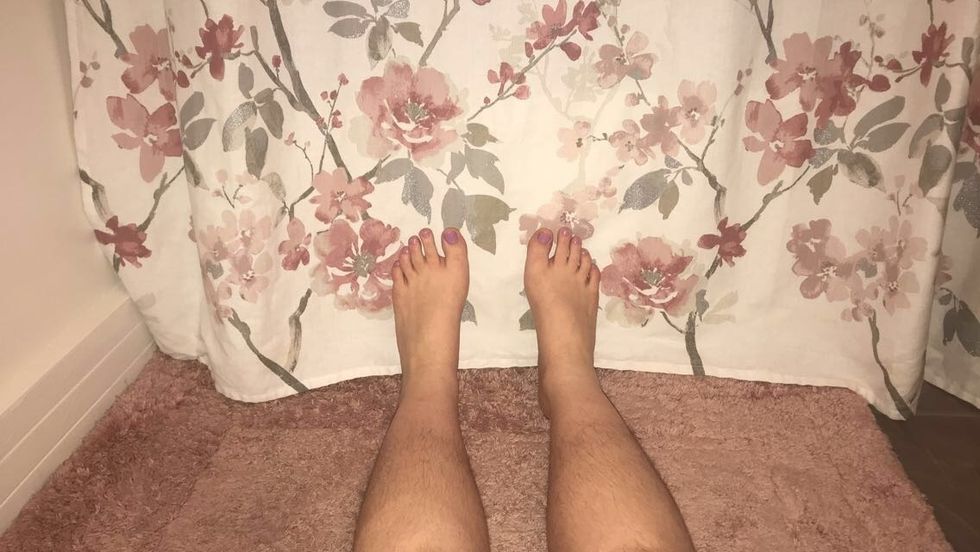 Gender expectations still plague society even though it's almost 2020. Why should anyone's lifestyle that deters from the typical societal expectations change their value as a human being?

The only acceptable answer is: it shouldn't.

Humans are at least 99 percent the same, in terms of genetic makeup. In being so similar, genetically, then why is it possible for people to seem so different? Our ability to think, create, and question allows us to develop uniques personalities. Consequently, pursuing personal preferences also adds to our uniqueness. Even when we are open-minded about others' decisions, it can be difficult to confidently go forth with our own "out-there" choices.

Once, I went for seven months without shaving my legs.

What initially started out as a result of "I just didn't have time" (to shave), eventually moved on to "Well it isn't shorts weather anymore." The next thing I knew, my reason for continuing was: "Wow, I didn't know leg hair could even get this long!"

I didn't think that something as minor as letting my leg hair grow for an extended amount of time could actually teach me so much. At first, putting a halt to removing my leg hair was merely for the convenience of saving some time in the shower. However, as I continued this strike of shaving, I was really interested in the reactions that I received from friends and family members regarding this seemingly no-big-deal decision. A lot of people could not wrap their minds around the fact that a young woman was purposefully not shaving her legs because it was considered "gross," "unladylike," and "just plain weird."

At first, I wasn't bothered by the initial reactions — everyone is entitled to their own opinion. However, when the remarks failed to cease after a prolonged amount of time, I started to become a little annoyed. My leg hair was not affecting anyone but me. My choice to stop shaving my legs impacts nobody but myself for reasons that I am not obligated to share. If I do choose to share those reasons and openly tell people about the seven months of leg hair I had been growing, then that is also my choice to do so. While it is important to note that I can't control the way that people react to my choice to share, it is even more important to note that I can control how I react to those reactions. Moreover, I became more mindful of how I listen, support, and accept others' decisions that I would not personally pursue myself.

People should not be judged for their lifestyle choices. Ever. This is especially true when it comes to body autonomy. Having the choice to make a decision that you feel is best is something that only concerns you: this extends way beyond the idea of growing out your leg hair (if you catch my drift).

Ultimately, cultivating an open and accepting mindset is challenging to do. Yet, once you start doing it, you realize the magnitude of its' importance and prevalence in creating a better world. It takes a lot of courage to share your "deviation" from "societal norms" and it shows an even greater level of maturity in accepting those who "deviate" from what is "normal."

Thus, if you are a female and want to stop shaving your legs, then go for it.

If you are a female and want to shave your legs every single day, then proceed in doing so.

If you are a male and take pride in your leg hair, then good for you.

If you are a male and want to shave your legs, then try it out.

And, most importantly, if you are a human being, do not let society define your standards for beauty, gender expectations, or life in general.