Dictators Should Have No Place on the Human Rights Counsel

Dictators Should Have No Place on the Human Rights Counsel

They are the very antithesis of human rights 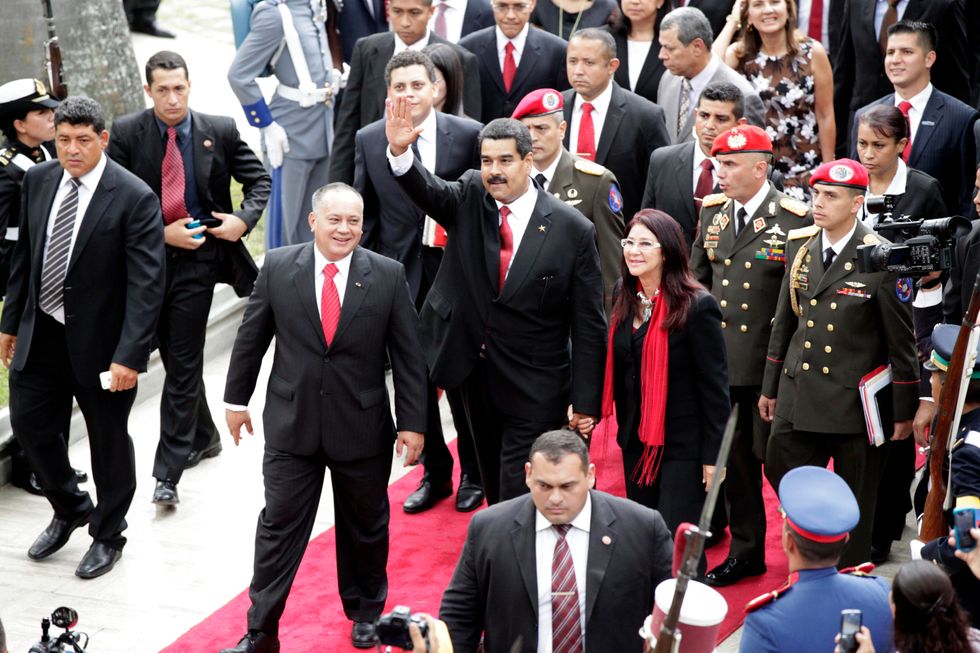 In indignation I sighed in disbelief when I read that "China, Cuba, and Pakistan had been appointed to the United Nations Council on Human Rights." Parody? Satire? For what would even stir in the hearts and souls of democratic citizens when they think of these countries if not for the suffering of their people at the hands of cruel despots. But alas, no it was not satire- but the actual election results of the UN. The people of these countries have been suffering greatly under the hands of such despots depriving them of the very basic human rights of religion, the press, assembly, speech and the very right to life. While this is not to say democratic governments are complete utopias, we still are vastly better off in terms of human rights than any dictatorship is.

In the most basic of definitions, a dictator is like an absolute monarch. Both rulers hold absolute power over the people, and when absolute monarchs said "I am God's representative on earth" they not only terribly misunderstood the Bible (Nobody can be "God's representative on earth.") but also became by the very nature of that phrase usurpers of power and oppressors of the rights of humanity. Harsh words? Oh my dear reader, when it comes to dictators and absolute monarchs we have a duty to oppose them all. Luckily we live in a democratic society where the average person faces no consequences by saying "Louis XIV was a despot!" or "Maduro is a tyrant!" but for people living in regimes like those I described, even the simplest joke would get them thrown in jail. For example- Antonio Narino who in the 1790s translated the Declaration of Rights into Spanish and was tossed into prison. A more recent example? Ahh Leopoldo Lopez of Venezuela is a good place to start. A Venezuelan dissident who committed no crime, but was placed into solitary confinement by Chavez' regime. Lopez has a family and a massive library back home, I could think of no more greater crime a dictatorship can commit against an innocent person than throwing them in jail on frivolous charges with no basis. Another example is China's Guangcheng Chen who was imprisoned for revealing the genocidal practices of forced abortions on Chinese women. That is a crime in and of itself, but further more China has been keeping ethnic and religious minorities in concentration camps- no country who commits this level of genocide should be given a seat on the council. In Pakistan- girls such as Malala were shot for speaking up for gender equality in education. None of these countries deserve a place on the council.

My dear reader, I can think of no other highest calling for humanity that unites all people of all nations other than the desire to be free. Regardless of whether we are American, French, Venezuelan, Russian, Chinese or Pakistani we all have natural unalienable rights granted to us by nature. The right to write freely in the press and report the truth. The right to speak your mind and to live freely. The right to practice your faith without worrying about a "re-education camp." These rights are pillars of the cathedral of democracy, and we need them for a full image of joy and happiness. As Rousseau said "liberty is a succulent fruit hard to digest." Many times it has been difficult to implement democracy- France tried five times! But my dear reader, look at France today- a beacon of liberty and expression. If I traveled 250 years ago, I'm sure people would have said "France could never be fit for a democracy!" But alas, France has broken the yoke of Bourbon oppression once and for all. This is not an "American principle" or a "French principle", Human rights apply to all people everywhere. Dictators are bullies who force their way to the top, and regardless of whether they are from the left or the right- all dictators are usurpers just as all monarchs are usurpers When people are able to govern themselves, things will work together more virtuously as the people themselves know their own needs and in a system of checks and balances ambition will balance with ambition.

As I have quoted before about self-governance

"What is this concept? The concept I will express is a clear one, one of the people's self governance in place with checks and balance. The first step to a virtuous republic is to have governance over yourself. Governance over your own desires and temptations. I can't just go into a candy store and eat all the chocolate. This first step is taught through the family. If the family doesn't teach it, the schools should. This can be done secular or religiously, the point is human values. Values such as kindness and goodness that are universal to all religions and peoples. I believe that an Atheist and a Baptist can both reach the conclusion that kindness goes further than cruelty, and that we should show love to the human race. "

Furthermore, the resources of a nation will also be depleted when a dictator holds all the power. The image of the Palace of Versailles is the first that comes to mind- where the kings of France dined in gold as the people of Paris were dying of tuberculosis. Such an image persists today in Venezuela and Cuba as the dictators show their finest grandeur and splendor as their people are dying of hunger. Such despotism is put on display so dictators can portray to the world an image of strength and wealth, when we know it is wealth purchased on the backs of their people.

I could easily go on with countless examples of human rights violations that have occurred in these countries, and have occurred in dictatorships throughout time. I have recorded here the ones that came to my mind first, and hopefully have made a strong case why no dictators should ever be allowed to the Human Rights Council. May the Declaration des Droits de l'Homme et du Citoyen combined with the Universal Declaration on Human Rights be our guides to light the path into a world of democratic liberty for all. Vive la republique!