I Have Depression, But I'm Not Depressed

I Have Depression, But I'm Not Depressed 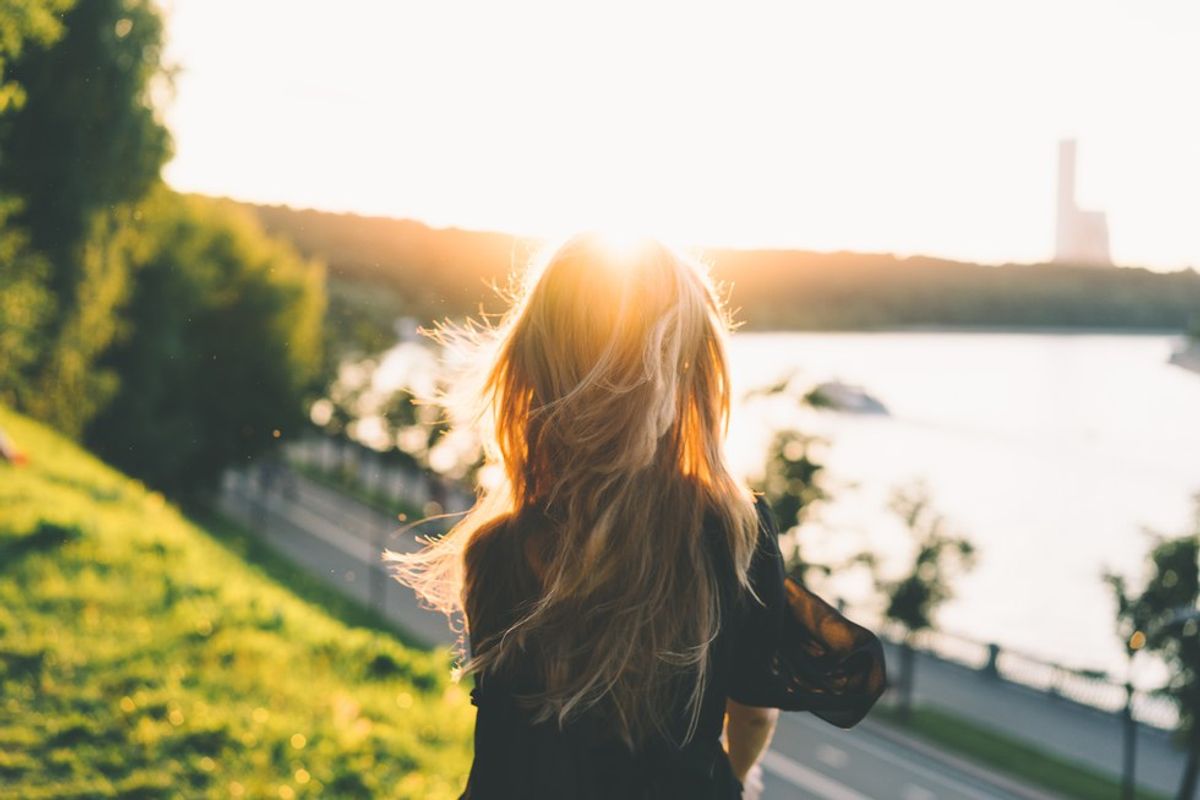 A friend once asked me what it was like to be depressed. The interesting thing is that it’s like any normal day for me—or you, rather. Being depressed is a diagnosis; feeling it is very different. I feel it when my head turns into gray rain clouds that flood my eyes. I feel it when I learn my father is gone again, left rehab, drifting through the in-between that comes with waiting for a bed, a place our mental health care system likes to keep people. I used to feel it when I wanted to get up during class but my heart had chords roped through my back and to the chair. It took too much work to even stand. I’m thankful I don’t feel it like that anymore.

Sometimes the fog comes back, though, when I’m not sure if I’m the crazy one or not. And those are the days I sleep until 1 p.m. and don’t eat until 8 p.m.

It’s also anxiety and the sudden urge to cry for absolutely no reason at all. It’s feeling fine and maybe even giddy for a night out and then being on the floor alone in your room because you don’t want to bring anyone down with your crap. It’s having 10 things to do in the next hour and watching TV instead.

It’s running on shin splints even though it hurts (maybe even because it hurts) at 7 p.m. through the freezing cold common because you have to. Not for any “moral” or “driven” reason, but because your heart is already racing that quickly and you feel the need to literally run from your problems. The fact you think you’re fat is a side note.

Now, now, don’t get all worried. People live through far worse every day and are fine, and they are fine because people learn to just deal with it—or else. Yes, I know that sounded threatening, but that’s because it is. Depression is threatening. I think that’s why it’s so hard, because not only do you already feel like garbage, but you're scared; you're scaring yourself, really.

So I’m fine. Actually, I’m great. I have amazing friends, a supportive and growing family, a great school, and cool opportunities. I’m going to live in the Netherlands for three months next semester, and I have that opportunity because my family is helpful and I work hard (most of the time).

Never mind next semester, I’m going to go watch The Bachelor with two of my closest friends later tonight and none of us care that its trash—we love it, and we have a damn good time watching it.

I have the cutest nephew on this whole freaking planet (probably even universe) and I love him so much that when he was born, I think my heart grew like the Grinch’s did. I get to see him almost every weekend, but even if I don’t my sister Facetimes me. There’s no better wake up call than picking up your phone and seeing a little baby angel face smiling at you and cooing.

So yeah, I’m depressed, but I don’t always feel it. Maybe my situation isn't perfect, I’ve been hurt a few times, and have hurt myself, made mistakes, etc. but that doesn't mean I feel the weight of it every day. When I do feel that weight, I feel it all at once, which can be admittedly heavy enough to keep me pinned to the ground for an hour or so, but hey, if Atlas can hold the world up for eternity then I can hold my little ball of string every once in awhile.