In defense of anarchism, an intro to a several part series 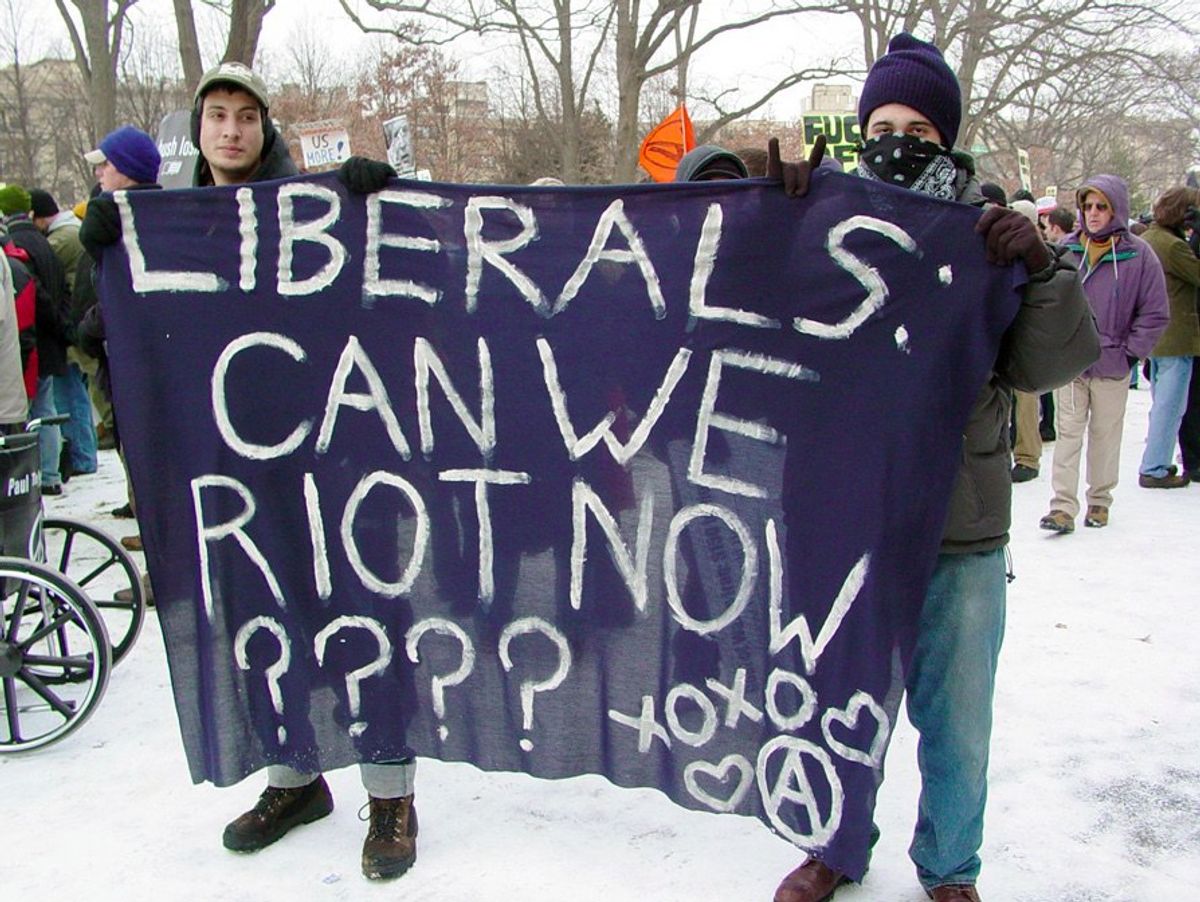 Sometimes, after a long work week, I lack the brain power to form coherent thoughts, let alone harness the energy to craft exciting and intelligible material for readers. Not that any of this is relevant, but after work tonight, I sat listening to "How Soon is Now" by The Smiths on repeat and masterfully shoveled veggie stir-fry into my mouth... and eventually, after attempting to battle my exhausted mind, I decided it could be fun and easy to highlight a few of my favorite resources and material on anarchist thought. How many of you reading this believe the definition of anarchism equals unending chaos, destruction and violence? Not sorry, you couldn't be more wrong.

The point of this piece is to open the door to a new series I'm co-creating with a dear friend (thank-yous for forever, sweet Salar) and to hopefully expand your views and create a meaningful dialogue (for the love of open discussions, please comment with your thoughts). This is in no way an exhaustive list or even a mere finger-dip into the vast bowl of political or social ideologies - it's simply a short intro to a nuanced version of a more extensive series to come. It's meant to over-simplify a very complex and diverse topic. I'm learning a lot along the way, taking itty-bitty steps alongside my endlessly patient partner in divinity. I credit him for a good portion of the discussion to come in future works. I hope we all keep our malleable minds and open hearts set on liberty and justice as the series unfolds. It'll take some time to get my bouncy thoughts to coalesce, but they'll come together in due time.

"Government is intrinsically violent, relying on organized force for its existence, and repressive of humankind’s natural instincts toward freedom and cooperation." Max Baginski

belief in the abolition of all government. the organization of society on a voluntary, cooperative basis without recourse to force or compulsion.

“The gist of the anarchist idea is this, that there are qualities present in man which permit the possibilities of social life, organization, and co-operative work without the application of force. Such qualities are solidarity, common action, and love of justice. Today they are either crippled or made ineffective through the influence of compulsion; they can hardly be fully unfolded in a society in which groups, classes, and individuals are placed in hostile, irreconcilable opposition to one another.” Max Baginski, "Without Government"

"Humanity may always be faced with destructive or greedy opportunists who aim to harm others for their own personal gain. The anarchist solution is, quite simply: Don’t put them in charge. Better yet, don’t put anyone in charge, because history has demonstrated, over and over again, that power corrupts." Jason Laning

Easy reads: "Anarchism" by Daniel Guerin & "Wages of Rebellion" by Chris Hedges. Get your hands on Anarchy! An Anthology of Emma Goldman’s Mother Earth and whatever else tickles your whatever on www.libcom.org ...and open your earholes to a podcast of anarchist ideas and action for everyone who dreams of a life off the clock. Another earhole worthy podcast, Escaped Velocity Radio, is no longer releasing new episodes, but their archive is available. In it you can find the coincidentally time relevant episode 18: Jules Boykoff on the Olympics and “Celebration Capitalism.”

This is a half-assed jumbled purge of random bits I collected within the hour. Eventually, I'll provide my own thoughts, but in the meantime, I'm a yawning mess. Next week, I hope to share a much more comprehensive and well-rounded list of books, podcasts, magazines, films, and newspapers in the first part of the series. Please stay tuned...