Democide: The Inevitable End Of Statism

Democide: The Inevitable End Of Statism

Begging for gun control is analogous to advocating for the mass murder of peaceful people. 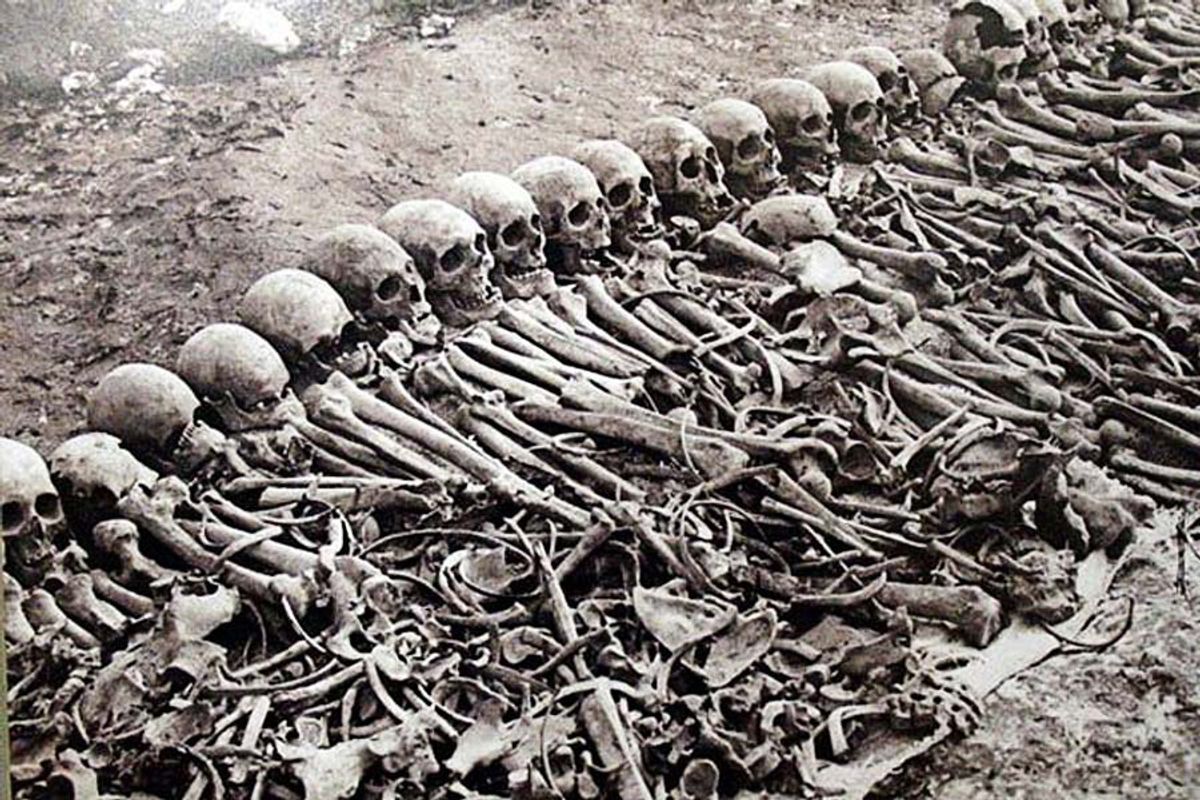 In part one of this series, I provided a basic introduction to the “anarchist” and “voluntaryist” ideologies. Now that the foundation has been laid, I will examine the inevitable end of statism, otherwise known as democide. In subsequent articles, I will provide an in-depth anarchist perspective on subjects mentioned below and also things like war, taxation, and college.

Depending on what source you refer to, the definition can vary, but only in the sense of “politeness.” The context more or less remains identical.

Political scientists define it as, “...the belief that the state should control either economic or social policy, or both, to some degree.”

“The political expression of altruism is collectivism or statism, which holds that man’s life and work belong to the state — to society, to the group, the gang, the race, the nation — and that the state may dispose of him in any way it pleases for the sake of whatever it deems to be its own tribal, collective good.”

To put it more simply, statism is the belief that the government is the indisputable authority to dictate what is legal and what is illegal through its monopoly on the law, thereby controlling parts of (or all) facets of its citizens’ lives.

I mention democide in a lot of articles I write for Liberty Under Attack because of the sheer horror the word exudes. I don’t think any better evidence for the necessity of a truly freed market and property rights is currently available.

That said, even without knowing the definition, it sounds like a scary word, right?

It is, and rightfully so.

Democide is a term coined by political scientist, R.J. Rummel, and can be defined as “the murder of any person or people by a government, including genocide, politicide and mass murder.”

Rummel’s statistical examination provides some daunting results. In the 20th century alone, governments across the world were responsible for the deaths of ~262 million of their own citizenry, and that is specifically excluding war casualties.

If said casualties of war were included in this number, it would rise exponentially.

Some may be saying, “But that can’t happen here in America, the ‘land of the free.'” That is incorrect, as it happens on a daily basis. In this year of 2016 alone, police officers have already killed more than 564 Americans. For a comparison, in 2013, Iceland police officers killed the first person in the country’s history, and mourned the loss of the criminal.

Now that democide has been explained, let’s take a look at the political ideologies of the governments who committed the most atrocious examples.

How many of those regimes were strict adherents to the free market? Not a single one of the 13 listed above; their ideologies were, without exception, collectivistic in some manner, given that their economic systems were all centrally planned, albeit in different flavors of course.

That said, how can the irrational fear of a free market (simply the exclusive ownership of your person and property) supersede the terror caused by governments, which has been empirically demonstrated throughout history, with democide being only the most severe example?

(Note: I will write an article exclusively focused on the free market in the coming months.)

Democide is the inevitable end of statism and is arrived at by the complete confiscation of firearms, which are the most effective means of self-defense against a tyrannical government. In most cases, this is not done in one fell swoop, but rather through incremental bureaucratic red tape and the outright banning of certain firearms, such as “machine guns” (as we have seen here).

This is why gun ownership is such an important aspect of American culture. It is no exaggeration to say that firearms owners are the only real reason why the United States federal government has been rather hesitant to roll out its more despotic programs of death and destruction. The only way Americans could ever be conquered is not initially with brute force, but, rather, through psychological conditioning from an early age to believe that the greatest sin is to disobey perceived “authority,” no matter how insane and bogus its alleged “legitimacy” truly is.

Even if critics of anarchy are correct, the “chaos” that would result from an actually free market would not even be relatively close to the “chaos” the State inevitably brings with it, which is the case today.

There is no conceivable way individuals, or even a private group of people, could reap this much damage without the State. This level of “chaos” requires taxation (theft) and the inflation of the dollar (it costs a lot to fund a war), to funding mechanisms not available to even the worst multinational corporations. Speaking of fascism, look no further than what the United States government gives to the military industrial complex, especially in regards to no-bid contracts.

If you thought the recent Orlando shooting was bad, democide should put things into perspective. Further gun control is not the answer unless you’re a sycophant of the State who wishes to “watch the world burn.” Rather, the answer is to allow all individuals to acquire the most effective, most readily available means of self-defense, without having to do so as a victimless crime.

Those with malicious intent will always find a way to impose their will onto peaceful people. The cops will show up after you’re dead, and the State will inevitably unleash its wrath onto its populace if the natural right to self-defense is stripped. “To serve and protect” means their own vested special interests, and has nothing to do with your property or liberty, as is evidenced by their own court case precedent.

Consider the implications of this quote by Gustave de Molinari.