24 Ways You Can Demand Justice For Black Lives Now,

24 Ways You Can Demand Justice For Black Lives Now, Most Of Which Take Less Than 5 Minutes

Now is the time to take action. 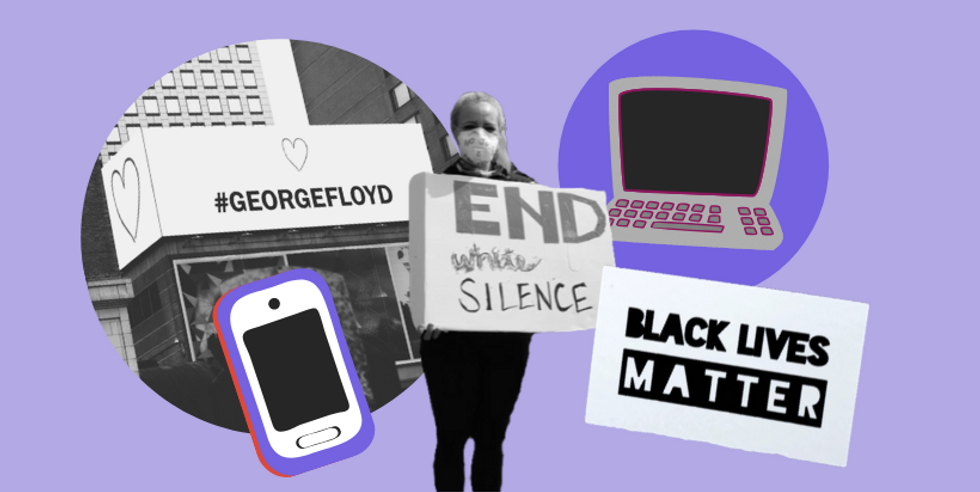 The recent, unjust deaths of Ahmaud Arbery, Breonna Taylor, and George Floyd have sparked nationwide protests against systemic racism, police brutality, and the oppression that Black Americans face every day. Many activists and supporters have taken to the streets of their cities to stand in solidarity and ignite a change.

Now is the time to do something. Open yourself up to learning through uncomfortable conversations and educational resources. Speak up against racism and injustices. Reposting information to your Instagram story isn't unproductive, but it's just the start of what you can and should do.

If you call yourself an ally but are feeling helpless or unsure, the following actions are all ways in which you can make a real difference.

2. Sign the Color of Change "#JusticeforFloyd: Demand the officers who killed George Floyd are charged with murder" petition.

3. Sign the Color of Change "#JusticeforBre: Police officers who killed Breonna Taylor must be FIRED and CHARGED" petition.

4. Sign the "Run with Maud" petition for Ahmaud Arbery.

8. Sign the Change.org "Justice for Ahmaud Arbery! I Run with Maud!" petition.

9. Continue to amplify Black voices on your social media.

18. Donate to Reclaim the Block.

20. Donate to Bail Funds for protestors across the country.

21. Educate yourself by listening ​these podcasts​ about race.

22. Educate yourself by reading these books about race and racism.

23. Download the EatOkra app to find and support Black-owned restaurants in your city.

24. Do your research and support Black-owned businesses whenever possible.