The Definitive Ranking Of The Best Ramen Noodle Flavors
Odyssey

I ate all of these for you! 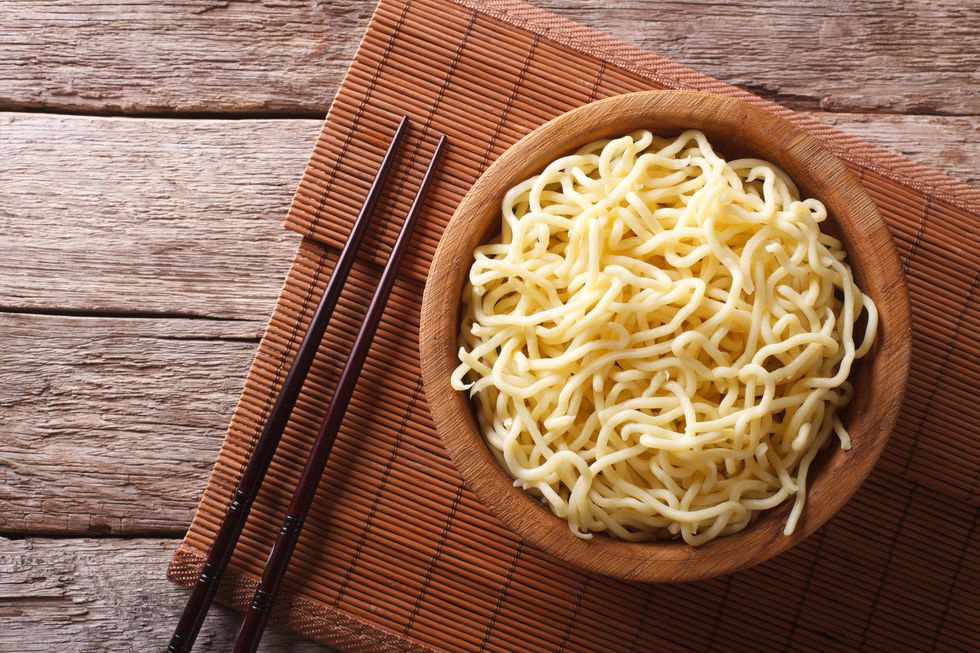 Ramen noodles are the staple food of the modern American college student. They're cheap, filling and widely available, and as such, they have become a sort of cultural icon. Every kid who has set foot on a college campus in the last twenty years knows what ramen noodles taste like.

This is why I am here to provide you with a service. For too long the debate has raged on: “What's the best ramen flavor? What should I spend my hard-earned 25 cents on?" The little round head on the plastic packaging smiles at you from all angles. It's a desperate smile. He's imploring you -- make a decision, quickly. But there are so many choices lined up on the shelf. You have been standing in the aisle for what feels like multiple millennia; your friends, who were kind enough to take you out to the supermarket with them, are starting to really hate you. Everything around you is crumbling as you are absolutely unable to make up your mind.

I am presenting to you a way out of this situation, in the form of a definitive ranking, top to bottom, of every Maruchan ramen flavor, so that nobody has to spend this long in the ramen aisle ever again.

(Disclaimer: this is just an opinion, and I know opinions can be both wrong and scary, but know that if you give them no power they cannot hurt you. I am just a ramen enthusiast trying to help the poor soul lost in the aisle.)

Alright, so, I'm a huge sriracha fan (I own that one shirt and everything), and when I saw this product on the shelves, I thought this flavor would make perfect sense. It's chicken with a kick, so to speak. The flavor packet provided is the foulest smelling thing I have experienced in quite a while. It just smells like straight up poison. So after going through that, I pull out my bowl and go to town. What do I find? This stuff has not even the slightest hint of sriracha flavor! It just tastes like a thing of chicken-flavored ramen that has gone kinda stale. Gross.

I know a lot of people who are going to be mad at me, so let me preface this: I really don't like lime-flavored anything. There are very few things I like that have lime in them and that's why I have to rank these two so low. It does have a solid kick to it, but the lime taste really puts me off of it.

Serious question: why is this one of the most readily available flavors of ramen? I don't understand how something like this sells to anyone. It is just gross, artificial fish flavoring steeped in hot water. I just don't get it. The broth, while sufficiently salty, reeks of fish and even the sheer heat of it cannot mask the taste. I totally get why mom never let us keep this flavor around the house.

I've only had these once and I was left entirely underwhelmed. Not very “Picante" at all.

Maruchan absolutely loves their twists on chicken flavored ramen. They're like the Fast and Furious sequels of ramen. There's too many of them, and they keep getting more and more ridiculous. Maybe it's because American audiences (i.e. me and you) eat that stuff up. That being said, these three are pretty alright as far as flavors go. I was incredibly skeptical of Creamy Chicken, because creamy is not an adjective I necessarily look for in ramen, but I found myself pleasantly surprised. Chicken Mushroom is good, too, but it has really stiff competition.

Finally, a ramen with some kick. There's not much else going for it flavor-wise, but if you like heat, then this is probably your best bet, barring doing some ramen-doctoring of your own.

Everyone loves Chicken because it's a staple, but for me, it's simply average. It tastes like chicken, but it doesn't “aspire to anything great" to use my movie critic voice. It is and always will be there for you. Clean, simple chicken ramen.

Roast Beef is the sequel to Beef that gives the fans what they want, but deep down, they know it's not as good as the original. Roasting the beef gives you more of that juicy broth you love, but something is missing in those spices. Still a good flavor, though.

Oriental Ramen tastes like what ramen should taste like all the time -- loaded with soy sauce, salty, savory and delicious. I add soy sauce to most of my ramen, but Oriental doesn't really need it because it already has that soy flavor packed in really well.

The staple. The classic. Number one in the hearts and minds of millions. The thick beef flavor overwhelms your taste buds (alright, let's be real here -- it's just packaged ramen. But still, this is some solid ramen.).

If Roast Beef is the sequel that satisfies, Roast Chicken is the sequel that manages to surpass the original, like "Toy Story 2" or "Aliens." It takes it in a whole new direction, fleshes out the characters you know and love even more and gives you and your taste buds an experience that you wish you could relive again and again.

My mouth is salivating as I type this. I need to find more Pork ramen to complete my Pork ramen basement for when Doomsday comes. I will live and have lived off of Pork ramen for weeks at a time. It's the perfect ramen to dress up. Throw in some sesame oil and some soy sauce, some chives and maybe an egg. Ugh. This is ramen you can take home to Mom and Dad. This is ramen at its most complete. Maru-chan, that little round face on the plastic packaging, smiles because he knows that he has achieved perfection.

Please note that all items are in stock as of the time of publication. As an Amazon Associate, Odyssey may earn a portion of qualifying sales.