Defense Of The Beckman Hall Trump Supporter
Odyssey
CurrentlySwoonLifestyleHealth & WellnessStudent LifeContent InspirationEntertainmentPolitics and ActivismSportsAdulting
About usAdvertiseTermsPrivacyDMCAContact us
® 2023 ODYSSEY
Welcome back
Sign in to comment to your favorite stories, participate in your community and interact with your friends
or
LOG IN WITH FACEBOOK
No account? Create one
Start writing a post
Politics and Activism

A defense from someone who does not support Donald Trump. 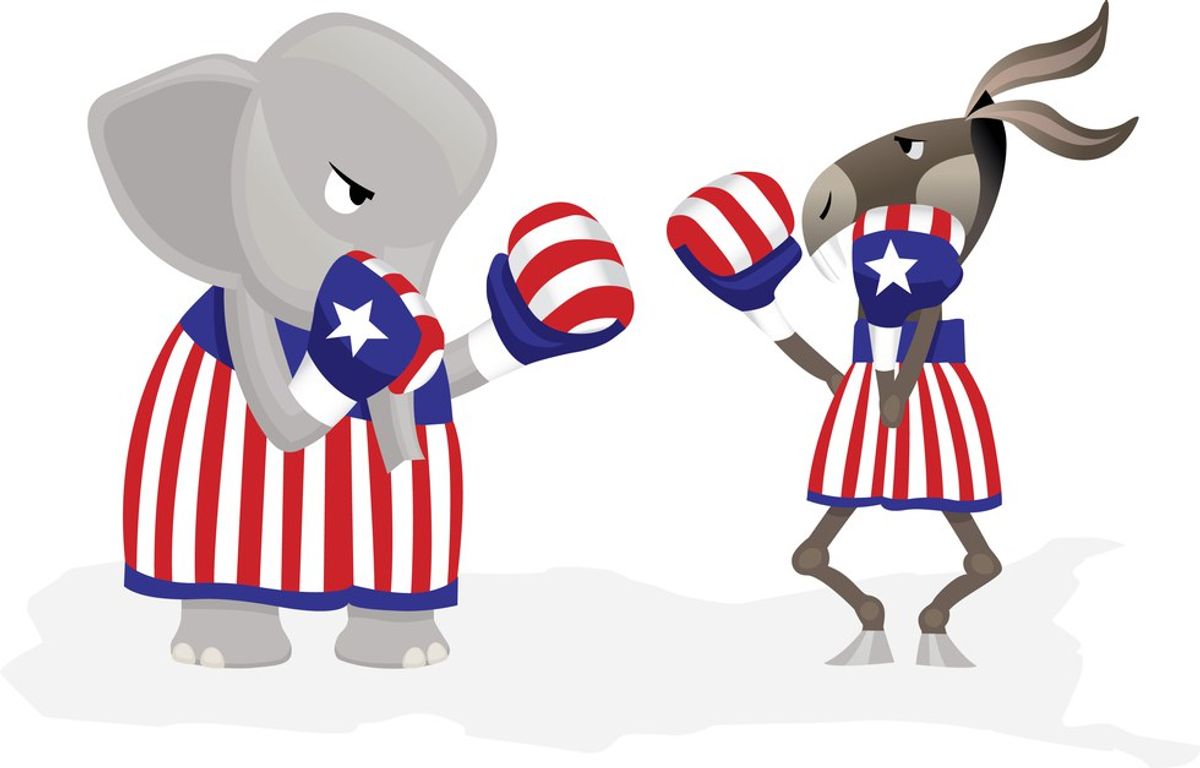 Every morning when I walk to class from my apartment in LMAC I pass by Beckman Hall. As I go by the hall every day, I am aware of the Trump campaign poster that sits in the window of someone’s first-floor dorm room. Every morning, I pray that Trump does not win the election; however, I understand that person’s right to choose a candidate for presidency and show their support through a poster. Even though I do not support Trump in the slightest and despise looking at that poster every morning, I respect their right to free speech. Now the other day I noticed that someone who I would assume is not voting for Trump, sliced open the screen on that same window. Ripping the screen is a problem for two main reasons. One, it is vandalism which does nothing to prevent Trump from winning, in fact, it is just fanning the flame of Trump supporters. Two, every person has the right to publically display their support for a presidential candidate. I hope that by reading this article you will realize that we need to find peaceful solutions to the awful things that are going on in this country instead of stooping to a low level, like bashing in a window of another that has a different opinion than you.

The issue with the vandalism is that it is vandalism. In other words, it is illegal. Beyond that it shows that people who are against Donald Trump are no better than his supporters, who show no regard for those who are different than them (Muslims, women, immigrants, the list goes on and on). It shows that people who do not agree with Trump did not rise above violence and petty actions to prove a point. In fact, it shows that Trump is a better representation of our nation than I thought. This act shows that we are people who will go to violence and political statements before we have a conversation, a peaceful discussion, about issues that are key to “Make America great again.” We all need to channel our inner Martin Luther King Jr and carry out peaceful protests against the violent, racist, sexist, misogynistic ways of Donald Trump.

Trump is the Republican Presidential Nominee and his supporters have the right to publically display their support for him, just like you have a right to your Hillary bumper sticker, your Bernie decal, or your Johnson or Stein paraphernalia. According to the first amendment of the Constitution, there cannot be a law made to interfere with the right to speak freely or publish freely. I am exercising that amendment as I write right now. Therefore, that Trump supporter in Beckmann Hall has every right to display the Trump sign and everyone else has to deal with it.

Coming from someone who clearly does not support Trump, I want you all to think about the things you say about the people who support a different candidate than you. I want you to make sure your actions and words are peaceful. I hope that your actions are also done and your words said bearing an open heart. We only have one more month left until we know the fate of America. As Effie Trinket once said, “May the odds be ever in your favor.”

Nicole Marie Nigro
Individual Creator
8422
c1.staticflickr.com
Where to start...... Let me start with the cliche that life throws us curveballs and what we do with it is what counts.