The Monster Within Me Is My Battle With Depression
Odyssey

The Monster Within Me Is My Battle With Depression

She looked through my eyes as she forced me to my knees. 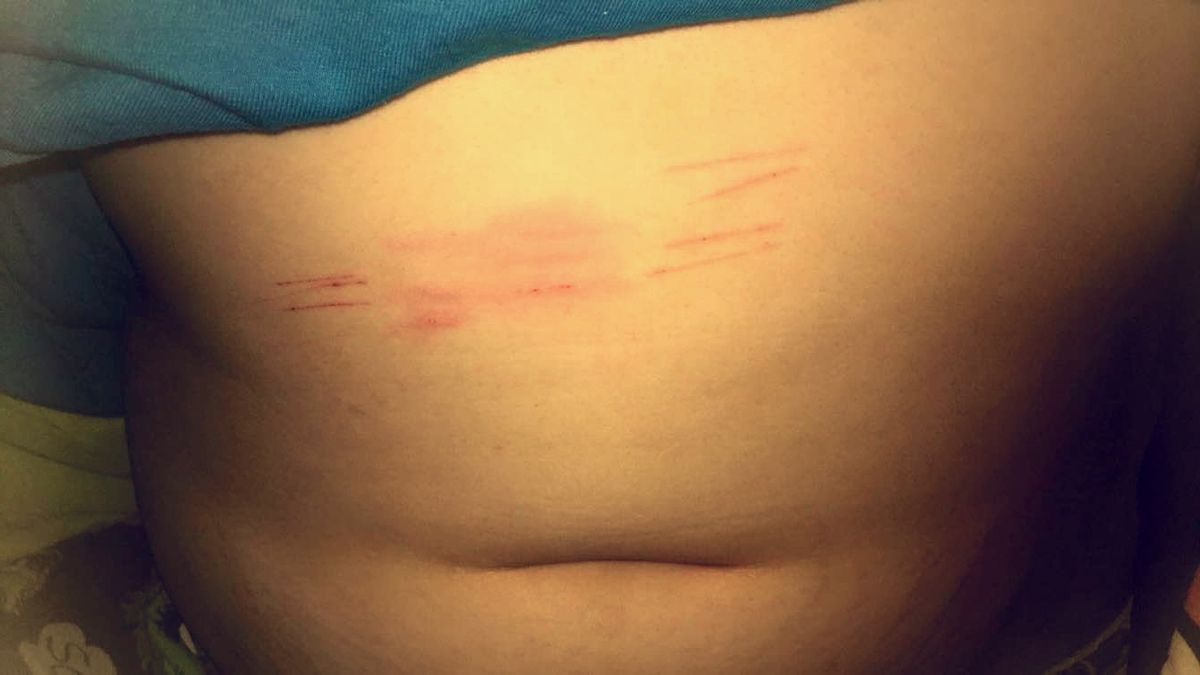 She was a monster who lived in my brain, tainting my every thought. She crawled inside of me, stretching my skin so tight it felt like I didn't belong in my own body. I had no control over her.

I was falling; she was dragging me into her, I opened my eyes, and all I saw was a mirror. She was me, but I still had no control over myself. She would grab me by my shoulders and whisper, "You're worthless." She would laugh when I believed what she said and found proof to back up her words.

She found me eight years ago, in the lunchroom. She opened my eyes and made me look at the sea of students around me. She told me about how everyone I saw was better than me. This was the only time I had the upper hand over her, and I told her to leave.

She found me again the next year, in the bathroom. She looked through my eyes as she forced me to my knees and curved a finger down my throat. She told me every morning to keep doing that because then my body matched my mind, empty. All I tasted was peanut butter and hatred. She told me on my birthday that no one wanted me there and to go to the bathroom to release. The potato soup burned my nose.

Soon, she told me to pick up my razor in the shower and put it to my arm. I could feel her strength over me grow and then quickly diminish when I only did it a handful of times. I knew she was searching for the way to overthrow me.

She found a way to sabotage every good thing in my life, even when I begged her to stay away. She told me I wasn't good enough and that the people in my life deserved more than me. I wanted her to stop talking, so one day I didn't come up for air in the bathtub. Her voice stopped echoing in my head and all my ear heard was my heartbeat. I came up and her voice was gone.

She lingered behind, always lurking in the shadows of my life. But she kept quiet and she didn't control me like she did before. I kept busy so she couldn't talk. I filled my ears with music that drowned her out. I became involved in activities, and I threw myself into school. I wasn't going to let her get to me again.

I should have known that her absence was too good to be true. She caught me by surprise, and that was the beginning of the end.

She got me to hurt myself in the middle of class. She told me what to do, and she said that no one would notice. She reveled in the fact that she was right. No one did notice. Everyone was preoccupied with something else. I wasn't important to them.

When I left for college, she lept at the opportunity to control me again. As the month went by, her voice got louder and louder. She reassured me that she was the only constant in my life. As usual, she was right. I knew that no matter what she was going to be the only thing in my life that would never leave and that devastated me.

At the beginning of January 2017, she finally got what she always wanted: I had fully succumbed to her. She told me to break off pieces of my glass phone screen protector and cut myself. So I did.

Over and over. Again and again. And no one cared.

I kept going and did it constantly.

I tried to get help, but she kept dragging me into a black hole. One night, she told me to go deeper and told me that I was a waste of life. I believed it, and I did. I didn't want to have to hear her anymore. I thought that if I did what she wanted, she would leave me alone.

This cycle continued for months, and I felt helpless.Then suddenly, I gained power and just stopped. I thought that would take her power away from her, but somehow she became more powerful, and her voice overshadowed everything else in my life.

So I made a plan to stop her. To stop everything. I swallowed my pride and my dignity, along with some pills. And then my life was saved.

I spent time at the hospital, and she whispered to me exactly what to say to get them to release me. Everyone told me to get help, but her voice was still the loudest of all and she said to not reach out to anyone.

So I cut people off like I used to cut myself. Friends? Gone. Not a second thought. Family? Gone with little hesitation. But some people wouldn't let themselves be cut off. And their voices are vying to drown out my monster's.

This doesn't have a happy ending because my story isn't over, not by a long shot. She's here with me now, in my left ear, talking over the "New Moon" soundtrack. I got a new screen protector for Christmas and she wanted me to use the old one to hurt myself again, but I don't want to take orders anymore.

I want to be captain and take over.