A Day For Equality
Odyssey

A Day For Equality

Let's start this all over, and remind ourselves the real meaning of this day. 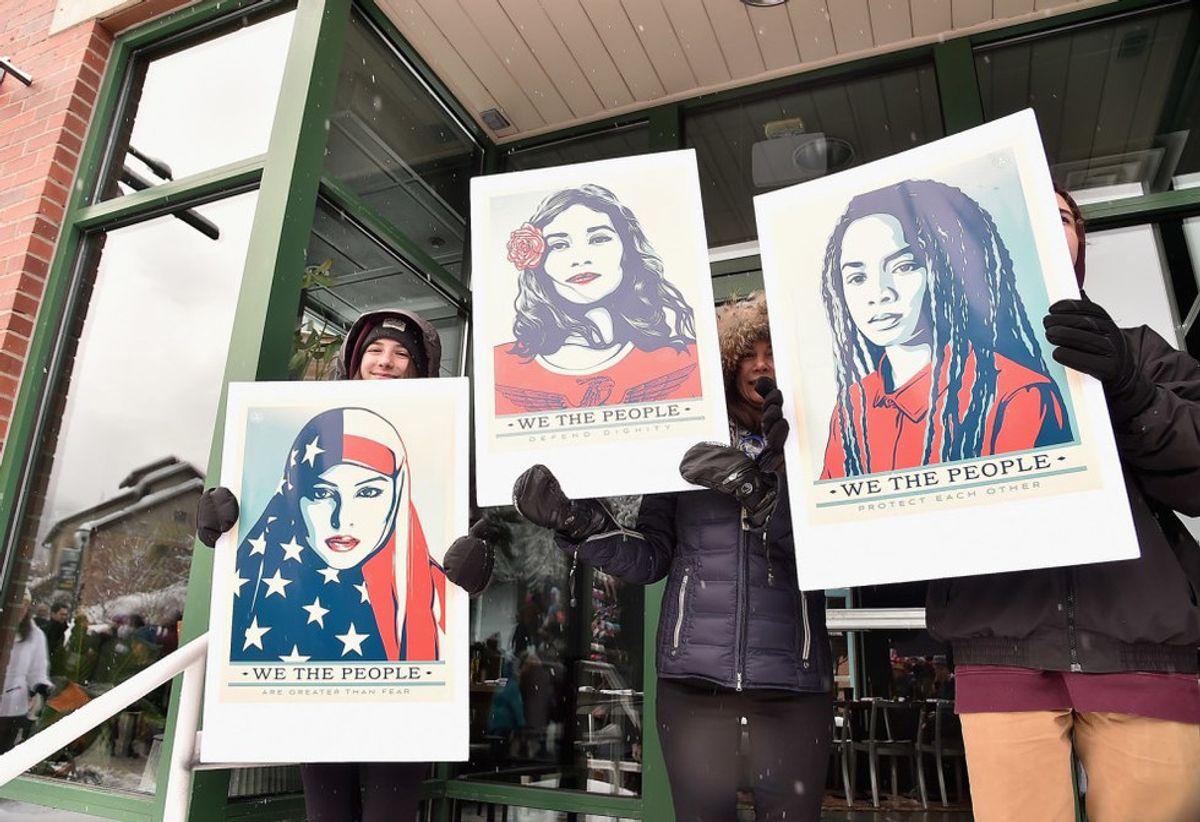 I am still shocked about the small importance that the International Women’s Day has in this country. Specially because this day started here due to a catastrophic event that happened in New York in 1908. I would argue, a thousand times, that my country has stronger tendencies to neglect women and retrograde opposition to integrate a real equality, that one that does not care about genders and is the real feminist motto. However, women’s day is still big over there, and even when it is celebrated by the wrong motives, Colombia still try to have a moment for women. Do not get me wrong, I am aware of all the feminist protests going on around the U.S. The thing is, in three years that I've been here, this day has passed like another one around me. So, I decided to have this space to raise my voice for a cause that I truly believe in, give it meaning from my room.

It is going to be probably a week after the official day, so I am going to take advantage of the complain that women day should not be only that day. Instead, it should be a day to day practice. So, saying that I can keep writing this article. Since the beginning of the day I have only seen a campaign to come back to the real meaning of this day all over social media. I think it makes a lot of sense. Today, I am going to try to summarize all I have seen and I am going to based me specially on an editorial from Semana.com (A political magazine from Colombia) that I think explained everything perfectly.

Let’s this start giving credit to the columnist. Her name is Ana Maria Ruiz Perea, she is Colombian. She writes weekly an OP-ED for the same magazine, and this week she used this space to speak up for equality. The name of the column, translated: “March 8th to recognize the invisible.”

It is necessary to start wondering the question of how the name become from being “International Labor Women’s Day” to just “International Women’s Day.” When did we decided to drop that small adjective? I guess, the answer is simple. Not all women are workers. However, without that indication any interpretation of its meaning its valid. Even the ones where we celebrate their capacity of staying obedient and under the shadow of oppressors. So, now that we don’t have it, we need to remind ourselves what this day really means.

First, it is not because of that natural ability that women have of motherhood. We have already another day for that. And yes, it is an important role in every society, but it is important to understand that being a mother should be a decision, more than an obligation. Not being a mother does not make a woman less important. That is not the only real contribution that women are capable of. As Ruiz Perea said, that speech is moralist and antiquated.

Second, it is not a day to celebrate the most beautiful creation of God/The Universe/Evolution. It is a day to be conscious that we still live in an uneven world. Where not everybody has the same rights or the same treatment. Yes, we are different in multiple things but in human rights, there is where we all are equal. It is a day to commemorate those who wake up every day to destroy those barriers and walls, those divisions. It is a reminder that even when we are better than before, there are still things to work for.

Third, it is a day to stand next to all the victims of any kind of treatment against your integrity. It is the day to question ourselves things like: Why is harder for women to travel alone? Why is rape still a thing and why so many rape cases unsolved? Why do we still care about what a woman president candidate wears? Is that going to dictate the way she is going to proceed as a president? Why are women being paid less than men for doing the same job?

Let’s summarize, the International Women Day, is not a day for women to go over men and change roles from controlled to controlling. It is a day to remind us that if we want a better future, we need to equalize tasks, and open opportunities for a more demanding world. It is not about the sensible gender, is a day to open spaces for new talents and new ideas, you will see how that will maximize goals. It is the day to let them be in control of their lives, and get in control of ours. It is a day for equality, nothing else.