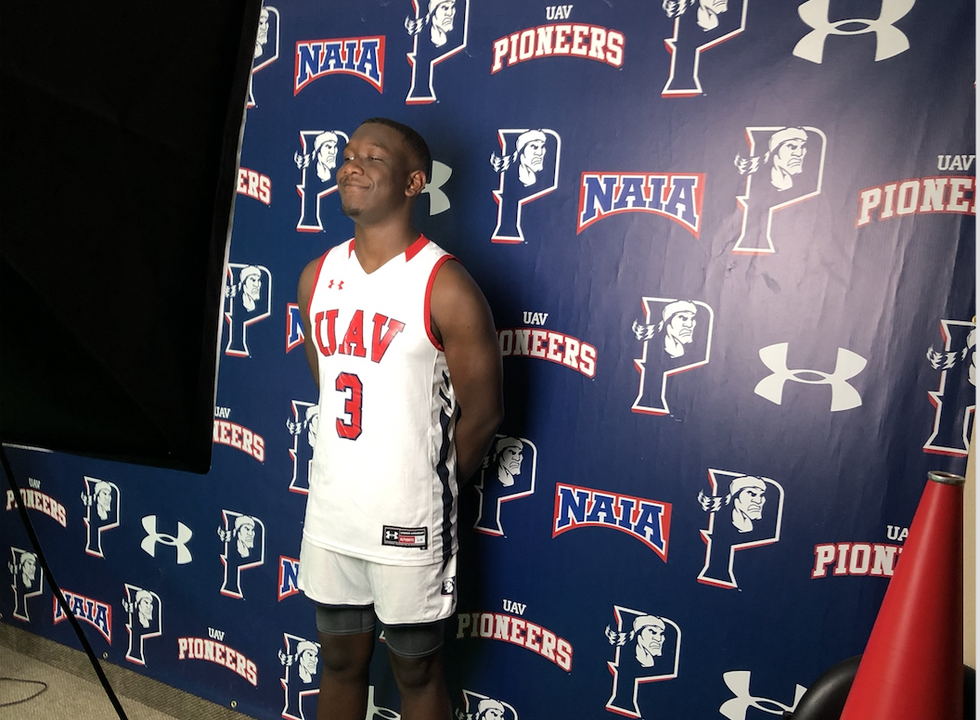 Coming from impoverished, urban communities seems to be the tale of most young, black collegiate athletes in today's world. However, each athlete has uniqueness in his or her own journey.

Davion Robinson's journey is unique because he has created his own audience and fanbase to reach out to and inspire.

Robinson was born in Las Vegas, NV. He comes from a family that is heavily tied to Seattle, WA and Shreveport, LA. He is notable for being the younger cousin of 3-time NBA dunk champion, Nate Robinson.

As Robinson continues to grow his social media profile and work towards a higher profile on the collegiate basketball level, he is not done yet. The next goal of his is to give back to, and represent, where he comes from.

When we discussed what would be the next plans for Robinson, he said, "Currently I am fully focused on finishing my first year of academics, continuing to train and prepare for next season and putting together my first basketball camp."

You often see professional athletes host their own camps in their hometowns, but rarely do you see collegiate athletes doing the same.

Robinson is strategically planning to have a "non-profit youth basketball camp to give back to the community" that he comes from. He hopes to make it about more than basketball. He wants to allow kids who come from similar backgrounds that he did to see proof of all the things that good decision-making and hard work can create.

He plans to collaborate with his peers to give kids the hands-on and face-to-face time with people they aspire to be, and he plans to do this through physical activity. In addition, he plans to have many speakers at the camp to inform the kids about different aspects of life that they do not have access to.

Robinson also mentioned that the opportunities like this, in impoverished communities, are extremely limited and that he "hopes to change the trend of it."

Robinson desires to "influence the kids through a physical and mindful learning experience about work ethic, values and mannerisms that I got from my family."

He is very much family-oriented. Robinson said that although he grew up in a single-parent household, he had his grandparents and great-grandparents around. "I keep my family close because before all the recognition and stuff, I only had them to look to." He praises the women of his family for displaying strength through their perseverance in tackling everything that life threw at them.

"I truthfully have not seen anyone work harder than my mother and grandma," Robinson said. The young athlete emphasized that these two women motivate him to be a better version of himself on the daily, as "they are living proof of always attacking what's next."

Robinson will not be your typical collegiate athlete for much longer. He has grown an amazing Instagram audience that he tries to interact and engage with, as he understands that many young athletes look up to him now. He has also received much attention from many other outlets. In due time, Robinson hopes to, "represent my family as well as myself on a global level. I want to leave a legacy that's meaningful and will be remembered for generations to come."

We commend the young athlete on his journey and many future accomplishments to come. Information on his basketball camp is to be announced via his Instagram in the near future. To check out more and remain up-to-date on Robinson, go to his official Instagram which is @chosen1drob.