You Should Date Someone Who's Halfway Different From You
Odyssey

You Should Date Someone Who's Halfway Different From You

We aren't completely different, and we definitely aren't the same – and I wouldn't have it any other way. 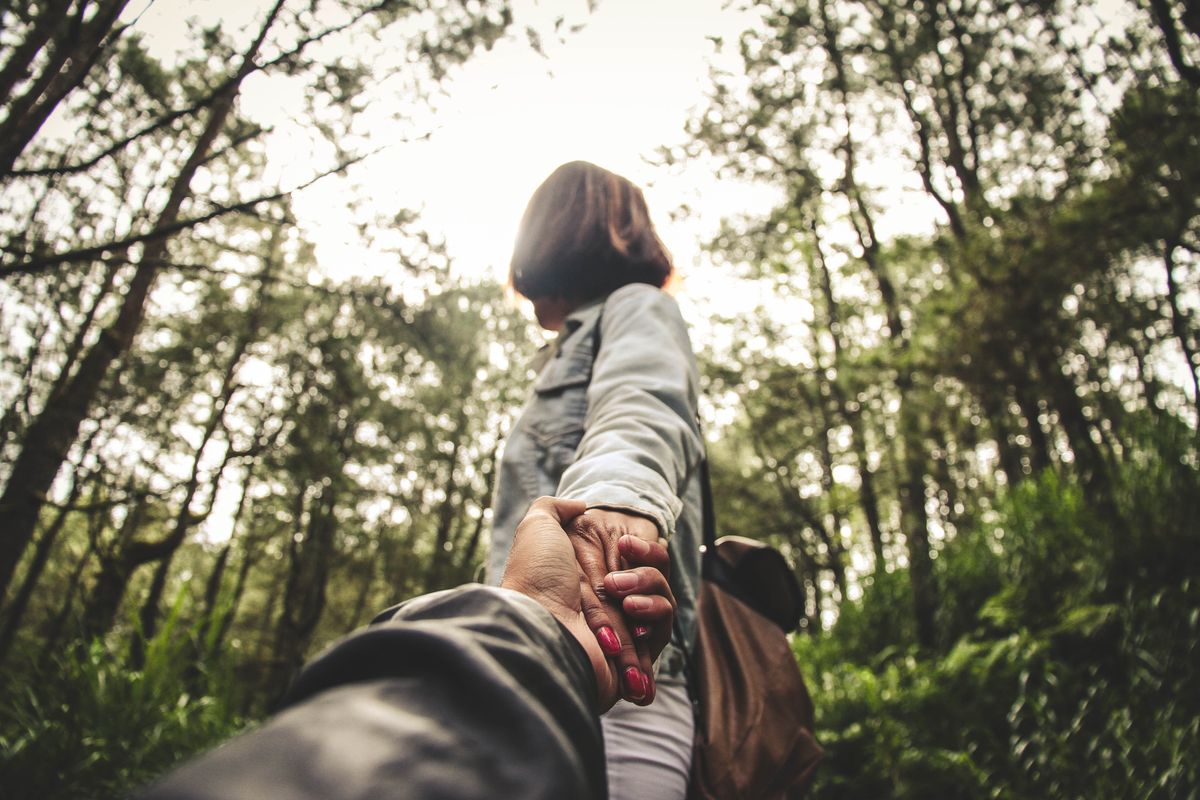 I love silly, romantic movies. He hates them. He finds dark humor hilarious, and it makes me sad. I’m obsessed with alt-rock, typical middle school scene music, and he thinks it’s the worst thing in the world. Pasta is his greatest passion, and I feel like it’s pretty alright. But, we both love cheesy anime, sea otters, hugs and midnight Twistee-Treat. I feel like it evens out pretty well, right?

This is a photo of me and my boyfriend (isn't he cute?). His name is John Matthew Mercer (we call him Matt). He’s 6’4’’; studies game design; listens to rap; plays basketball; is very outspoken; loves science; snoozed his way through Spanish class in high school; and has a passion for theater.

I, on the other hand, am pretty different. My name is Abigail Ruth Brashear. I’m 5’3’’; I study journalism and humanities; listen to indie and acoustic music; rock climb; am an ambivert; can only understand school subjects that have nothing to do with math or science; genuinely enjoy school; and can’t sing even if my life depended on it.

We also have a lot that's in common with each other, though: The two of us bonded over friends, our love of movies and the arts, travel, space and the many similar beliefs about life that we hold. This is where the term "halfway different" comes in –we aren't completely different from each other, but not completely similar either. And honestly, I wouldn't have it any other way.

I don't mean to be mushy, but I'm head over heels for this guy and our differences are one of the things that I enjoy about our relationship the most. There are so many positive reasons as to why you should date someone who's halfway different from you, and I'll give you some of the best reasons I can while drawing from my relationship.

First off, it's really great to date someone halfway different from you because of the many things you learn throughout a relationship. Most of your life you're stuck in your own bubble – you stay within your own friend groups, interests, passions, studies and daily routines. But when you date someone, whether different or not, you add a whole new aspect to your life because they enjoy their own bubble, too. The bubbles collide and it's an entirely different thing – even through the similarities that you share.

When my boyfriend and I started dating, I felt like I stepped into an entirely new world, and it's because I did. I had never seriously played video games before, absolutely never listened to rap and didn't have many friends. But through my relationship with him, I tried all of those things, and I really enjoyed it! The similarities between the two of us kept us comfortable, trusting and grounded, but it's been one crazy experience after another when it comes to him showing me new things – whether it be a movie, a stupid hard video game or a project he's working on for his classes, and I've honestly learned so much about the world around me.

Another reason that it's great to date someone halfway different from you is that through it, you learn a lot about yourself. I had no idea how much I would learn throughout the time I've been dating Matt. We're really similar when it comes to lifelong beliefs and values, but just different enough that we can have meaningful conversations where we bring up our challenges, thoughts or concerns with one another's differences. It's been an enlightening experience, and through it, I've learned how to debate in a way that would make Socrates proud, the patience to last me a lifetime, and how much I look up to Matt for his knowledge and wisdom. Being halfway different has simultaneously made me learn about myself and bring us closer together.

Finally, one of the most interesting reasons as to why dating someone who brings a lot of differences to the table is that you deal with a lot of conflicts. Normally, that would sound pretty negative. Who wants to deal with conflict or get into fights? One might think, "I'm already getting into fights with someone who's similar to me, how can I deal with someone who's even more different?" And that's certainly valid. But taking on a challenge like that doesn't have to be a bad thing – in fact, I think it's really wonderful.

My boyfriend and I argue a lot. We make sure not to be angry, or unreasonable with each other, but we certainly argue. Through that, though, we learn to work together and overcome conflict. Through arguments, or debates, or disagreements, we learn to put each other first. And most importantly, we learn how much we mean to each other. The point of an argument isn't to win against one another, or show that one person is right – it's to work through something important together and to find a solution. And solutions are much easier found by people who are different from one another.

So, in conclusion, differences aren't all bad. Opposites can attract and similarities are great for conversation starters, but a happy medium is a really great fit. Dating someone who's halfway different from you can work wonders in your life, and I fully encourage it.

Sometimes I'm baffled and occasionally mortified by the things he says. Sometimes I have no idea what he's talking about. Other times, I couldn't be prouder of the way he handles a situation or laugh any harder at a comment he's made. Either way, he's one of the best people in my life. Boy, are we different. But I wouldn't have it any other way.