Dak Prescott Opened Up About His Mental Health Struggles
Odyssey

Sorry Skip, But Dak Prescott Is Even MORE Of A Leader For Opening Up About His Mental Health

We need more leaders like Dak speaking up about these issues. 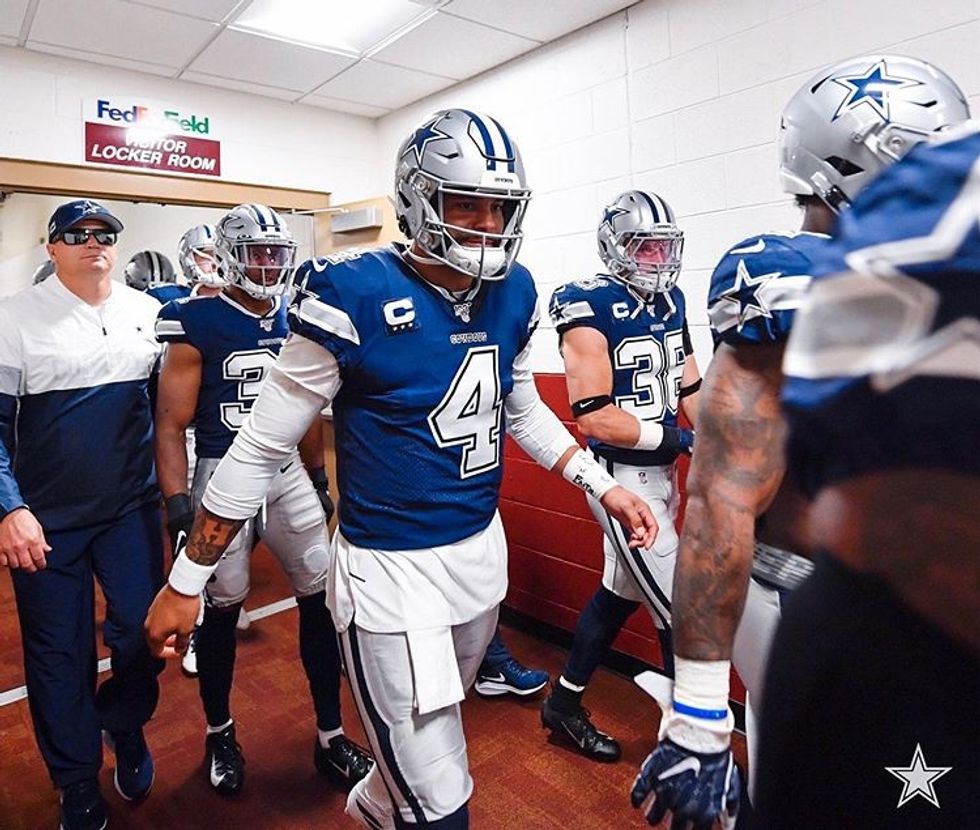 Dak Prescott, the quarterback for the Dallas Cowboys, recently opened up about how he struggled with mental illness throughout the pandemic and after his brother died by suicide in April of this year. In a recent interview, Prescott spoke about feelings of anxiety and depression, which he said started even before his brother had passed.

Prescott said, "All throughout this quarantine and this off-season, I started experiencing emotions I've never felt before. Anxiety for the main one. And then, honestly, a couple of days before my brother passed, I would say I started experiencing depression. I didn't know necessarily what I was going through, to say the least, and hadn't been sleeping at all."

Dak has been uplifted by many after opening up about his own mental illnesses, but not everyone has been so supportive.

Just recently, Skip Bayless, a sports commentator for Fox Sports TV, spoke on Fox Sports' "Undisputed" about Prescott's remarks, saying "You are commanding an entire franchise. They're all looking to you to be their CEO, to be in charge of the football team. Because of all that, I don't have sympathy for him going public with, 'I got depressed. I suffered depression early in COVID to the point where I couldn't even go work out.' Look, he's the quarterback of America's Team."

Bayless' remarks are the exact reason that so many stay silent when it comes to struggles with mental health.

We need to get rid of this idea that struggling with mental illness is some sort of an excuse, or an exaggeration, or not that big of a deal. We lose 800,000 people to suicide each year, and speaking up about mental health issues saves lives. Having a mental illness does not make you weak, and it's absolutely detrimental for high profile figures to continue pushing that narrative in society.

So, sorry Skip, but Dak is even more of a leader for speaking up about these issues. It's extremely difficult to open up about experiences with depression, anxiety, or any other mental illness, and we absolutely need more people like Dak Prescott leading the way.

I know that by talking about his own struggles, Dak will take away some of the shame that other people that look up to him might have about their own experiences.

Dak later addressed Bayless' comments saying, "I think that is a fake leader. Being a leader is about being genuine and being real. As I said, if I wouldn't have talked about those things to the people I did, I wouldn't have realized my friends and a lot more people go through them. And that they are as common as they are...I don't care how big a person you are — if you are not mentally healthy and you're not thinking the right way, then you are not going to be able to lead people the right way."

Dak is right, and many others echoed his remarks.

Kevin Love, a forward for the Cleveland Cavaliers who has also begun to open up about his own mental health struggles, responded to Skip's statements on Twitter, saying, "Skip missed fact that BECAUSE Dak is the quarterback and leader of America's team — him outwardly expressing this will lead to young men and women of every demographic to feel less alone and express themselves openly. Mental health issues rob us of achieving our full potential."

Other prominent figures had similar thoughts, including Lindsay Adler, who writes for The Atlantic.

All of that said, I am kind of glad that Skip doesn't understand. I hope he never has to experience the shame and guilt that comes with mental health struggles, and I hope he always goes home after work feeling positive and secure. But I also hope that he can understand that not everyone feels that way, and it's not their fault if they do.

I pray he understands that mental health disorders are a serious issue, and no one is weak for struggling with them. I hope he can see Dak as a leader in the fight against mental illness, and I hope he recognizes that by speaking up about depression and anxiety, Dak is encouraging others to open up about their own struggles.

And to Dak Prescott — thank you for being an amazing leader, not only on the field but off the field, too. We need more people like you leading the fight against mental illness.