For many, this may sound like your worst nightmare 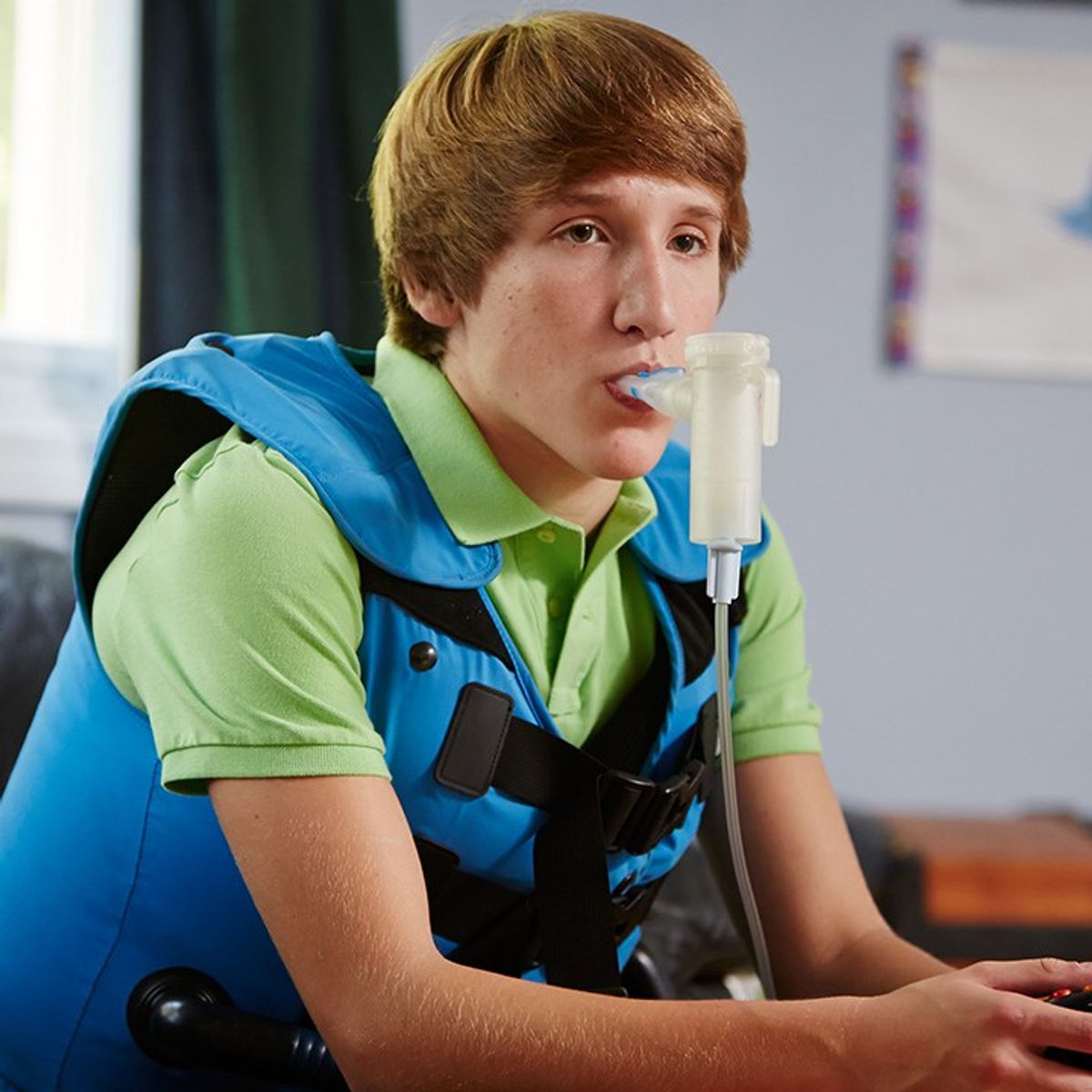 First thing in the morning as you force open your eyelids and wipe the crust from your eyes, you feel as if there is a stack of bricks sitting ceiling high on your lungs; each brick creating undescribable pressure, leading to the heaviness and agonizing sharp pain in your lungs that leaves you convinced that they may collapse. You slowly stand up from bed and walk to the bathroom feeling winded as can be; it's comparable to the average person holding their nose while breathing through a straw as they run around the block. Just when your morning routine should transform into "normal", due to the short walk to the bathroom that took everything out of you, it becomes the complete opposite. You cough so hard that the taste of blood seeps into your mouth, still not relieved you end up with your face in the toilet getting sick. For many, this may sound like their worst nightmare. For the over 70,000 affected this is their life, Cystic Fibrosis is their life.

Cystic Fibrosis is a progressive, genetic disease that causes persistent lung infections and limits the ability to breathe over time. People with CF have a defective gene that causes a thick, buildup of mucus in the lungs, pancreas and other organs. This mucus affects the body in several ways, it clogs the airways in the lungs and traps bacteria leading to infections, extensive lung damage and eventually, respiratory failure. A common treatment for this includes wearing something called "the vest". Ultimately the vest is a form of physical therapy for CF patients, it is a machine that pumps air from a tube to a vest that shakes you to get out the mucus from your lungs. For a video to hear more about the vest please click here. Over time, many with CF have to be on an oxygen tank and lung transplant lists, although not everyone is a candidate.

In the pancreas, the mucus prevents the release of digestive enzymes that allow the body to break down food and absorb vital nutrients. Therefore, many CF patients present problems with weight loss and are malnourished. Imagine taking easily 10 or more pills a day aside from the enzymes that are taken before or after meals so the proper nutrients and proteins can be absorbed. Imagine burning calories 3 times as fast as the normal person, simply because salt can't be properly filtered throughout your body so you lose it very quickly; treatment for this being a high fat and protein diet.

Cystic Fibrosis presents itself in several different ways and symptoms include but are not limited to, very salty-tasting skin, persistent coughing (at times with phlegm), frequent lung infections (including pneumonia or bronchitis), wheezing or shortness of breath, poor growth or weight gain in spite of a good appetite, frequent greasy, bulky stools or difficulty with bowel movement, and male infertility. Imagine dealing with all of this and going through all of the treatments patients do and still not having it be enough. Meaning you still are rushed to the hospital frequently due to sickness or infection, your average stay ranging from 1 to 2 weeks. You eventually leave better than when you walked in, but know in a few weeks or so you are doomed to do it all over again.

Imagine needing to physically and mentally push through the roller coaster that Cystic Fibrosis puts you on knowing that it is a progressive disease, meaning that the older you get the worse your CF will get. Imagine needing to push through knowing there is no cure. Imagine needing to push through knowing the average life expectancy is 40. It is no secret that a life with Cystic Fibrosis is not an easy one, although the strength of those affected is often overlooked. Many don't realize that people with Cystic Fibrosis can not be around others who have CF, this leaves many with an overwhelming feeling of loneliness. Loneliness, because nobody close to them can relate and confusion because they don't know how to go on living their life like this. Online support groups and social media is a great tool and a patient's best friend, although that doesn't make there extreme independence and ability to handle their illness any less impressive.

To all those fighting Cystic Fibrosis, never give up and never lose hope for a cure. You are so strong and despite it feeling like you got dealt a bad hand, I can assure you CF has turned you into one hell of a person and shown you a side of yourself that you would not have known otherwise. CF has showed you who is a true friend and who will never leave your side through your times of struggles and need, and you should be forever thankful for those people. Never doubt your ability to keep pushing on because we all know there have been days when you were sick and tired and wanted to give up and that is okay...after all, you are only human, but look at how far you have come. Believe in your abilities and know everything you are capable of. You are strong in so many ways and your strength is going to continue to carry you through this fight with such grace.

A special thank you to Caity Martinez for providing information on Cystic Fibrosis as well as what life is like with it. Caity would like everyone to know that despite Cystic Fibrosis being a major part of her and many others lives, it does not define who they are. Keep shining Caity, you are so inspiring and strong. Being somebody who suffers from chronic illnesses as well, I will forever look up to you.

Kassie Hsu
Baylor University
3379
Panda Whale
Here are 100 things I'd rather to than study. I know the semester just started, but
Featured