Cropping And Bobbing Out Cruelty

Cropping And Bobbing Out Cruelty

Your dog was born with ears and a tail, leave it that way...unless you're just too vain. 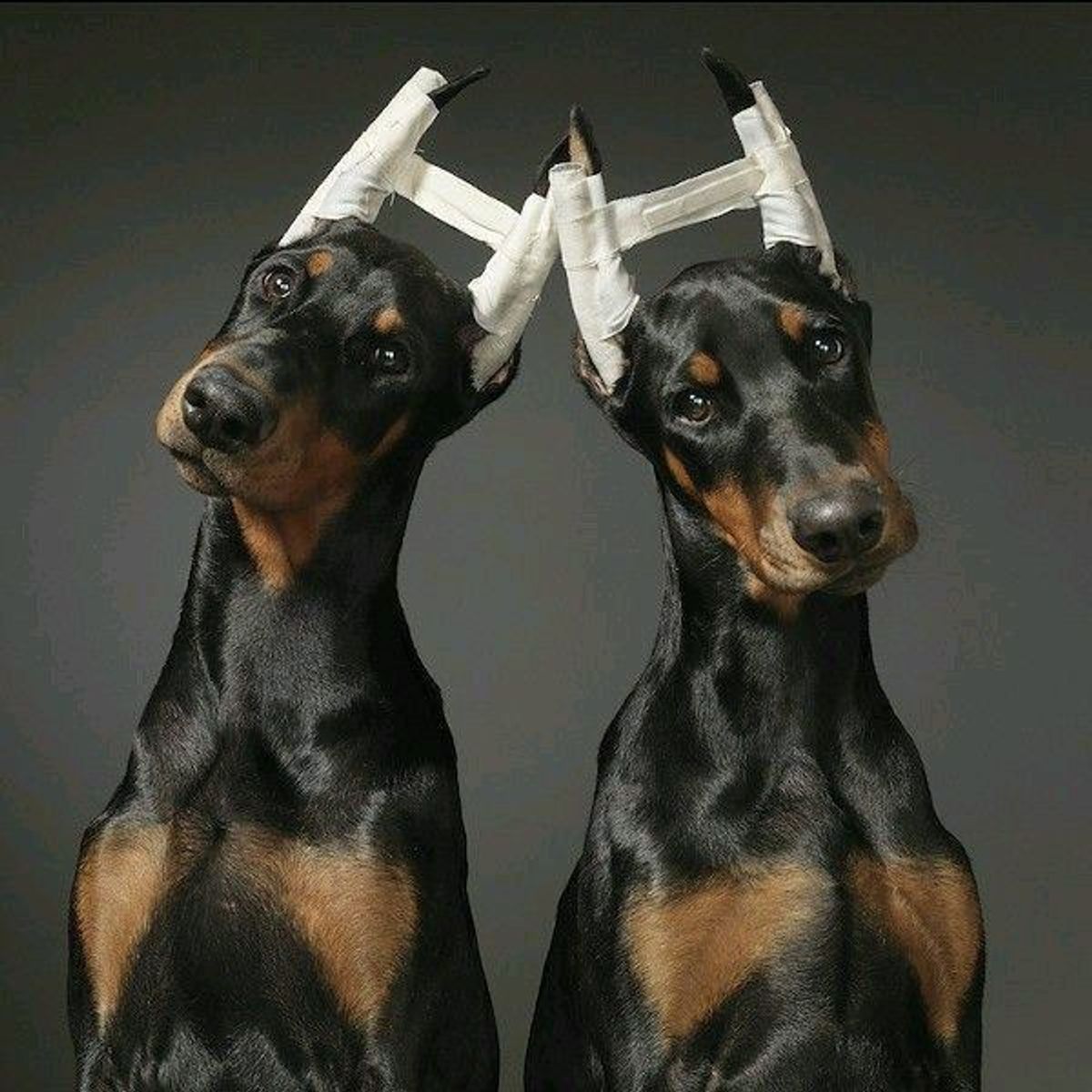 Does the above image disturb you? It should. Imagine the pain and discomfort the pup whose tail lies mutilated on the newspaper next to him or her feels. No choice, no say in what happens to their body, and no understanding of why their tail was just snipped off with a pair of scissors, or some other pruning utensil the breeder felt like using, maybe even gardening sheers.

The act of shortening or removing a dog's tail is referred to as docking or bobbing. Tails are most frequently docked shortly after birth with the belief that soft tissue, nerve endings are not yet fully developed so less pain will be felt. The tail is an extension of the backbone and houses anywhere between four and seven pairs of nerves and nerve endings. So, the idea that tail docking is painless is absurd, especially since the procedure is performed using absolutely zero anesthetics. Plus, however short lived the pain may be, dogs can suffer from phantom pain and even develop painful neuromas, or nerve tumors, on the end of their tails. Not to mention the possibility of infection, and long lasting socialization handicaps all in the name of owner vanity.

In a 1996 paper published and researched by Robert Wansborouogh, Wansborouogh explains the disadvantages a dog with a cropped tail faces. A dog's tail is used as a mean of communicating various and vast emotions not only to humans, but to other dogs as well. By shortening or eliminating a dog's tail, you are essentially taking away one of their only tools which enables them to convey emotions like fear, playfulness, caution, aggression, happiness, etc. Many people believe if a dog is wagging its tail, it must be happy. This is simply not true. The direction of which a tail moves conveys more than just happiness: happy dogs move their tails to the right whereas unhappy or fearful dogs will wag their tails to the left. Remove the tail and this indicator of emotional status is gone.

By docking, or bobbing, a dog's tail you are essentially making it more difficult for a dog to interact on a successful social level with other canines as well. This was proven by UVic Biologist, Tom Reimchen, in 2007. Dogs with docked or missing tails are often approached with hesitation or caution by other canines, as their social cues can not be effectively read. It can even result in a less social dog with social anxiety based aggression or fear.

Not only are tails used as an emotional compass for both dogs and their handlers, but for some breeds, they are essential for balance, running or even swimming as they are often used as rudders while in the water and I don't want to hear this malarkey some people spew justifying tail docking as an attempt to prevent possible future injury. To this day the majority of Boxers born have their tails docked at birth in the hopes to prevent future injury from enthusiastic wiggling and wagging. Research has proven this ideology to be false. The truth is 80 percent of dogs whose tails are left as nature intended them, including Boxers, never injure their tails and the other 20 percent of dogs who do, well, their tails heal with little to no medical intervention and rarely need to be amputated or shortened because of said injury.

Tail mutilation, or docking, is banned in several countries including Canada, Australia, and the UK however, currently in the United States the practice of docking and or Cosmetic Otoplasty, or ear cropping, is unregulated and not controlled. New York and Vermont have considered legislation to ban the practices, but as of today, neither state has followed through. This simply means ANYONE can take a pair of scissors or a knife and cut a dog's ears or shorten their tail. They don't have to be a medical professional, or someone with training or certification. That is truly terrifying.

Cosmetic Otoplasty used to be performed with the ideology that by removing the pinnae or auricles, the externally visible flap of the ear, the owner would be reducing or eliminating the possibility of ear infections in the future. Much like tail docking, research has proven this thought process to be unfounded. There is no scientific proof or medical advantage to cropping a dog's ears, it's purely cosmetic and the fact is dogs who are most prone to ear infections like Poodles or Cocker-Spaniels, don't have their ears cropped to begin with. In fact, the act of cropping a dog's ears is more likely to lead to infection, the very thing it's meant to prevent.

Ear cropping is done today as a means to perpetuate stereotypes of certain breeds. A Pit Bull or Doberman looks all the more fierce with cropped ears compared to their natural floppiness. The fact is, tail docking and ear cropping are a choice. There is no medical or physical advantage to the dog. In many nations, it's considered illegal animal abuse, yet somehow, here in the United States, it's not even regulated.

The American Veterinary Medical Association does not condone either of these acts and takes the stance that they are purely cosmetic and therefore pose unnecessary risks to the dog(s).

Please don't put your dog through the pain and discomfort for your vanity because you can't or don't want to accept the way they were born naturally.